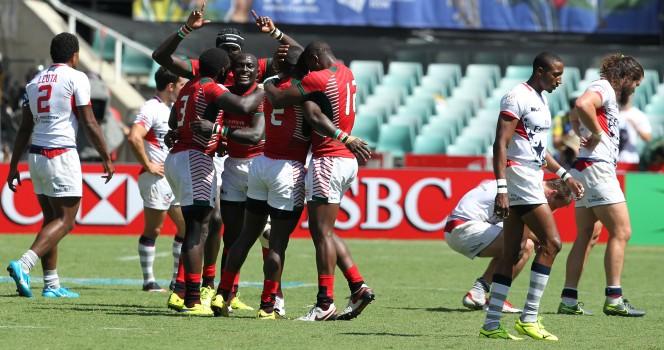 Victory is a thousand times sweeter, when you are the underdog and the sports field is one of the few arenas where the underestimated can rise to prominence. Many must have missed the significance of the Mike Friday versus Benjamin Ayimba clash during the Sydney leg of the International Sevens Rugby circuit, 2016. Mike Friday is an Englishman and former celebrated coach for Kenya now marshaling the USA team. Benjamin Ayimba is an ex international and present Kenyan coach, a man who many had dismissed as the local coach who would perennially exist in Mike Friday’s long shadow. The Kenya vs USA plate semi-final at the Sydney 7s was heavily nuanced for rugby lovers. The match delivered, with Kenya making an epic comeback from 21-0 to win at 24-21, with points all scored in the second half. It was beautiful to watch.

It was in search of this inspiring moment of Kenyan greatness that I stumbled onto America’s pop megastar Beyonce symbolic performance during the Super bowl half time show. Since Super Bowl is the America’s equivalent of a World Cup final, the largest and most popular televised event of the year, it was essentially going to dominate the news. Beyoncé owned the Super Bowl neatly blending public activism with entertainment in manner that was political charged and symbolic of black pride, ticking off white conservatives royally. She strapped a silver bullet belt in tribute to Michael Jackson. Her dancers appeared in formation in all black leather, donning berets and afros reminiscent of the Black Panther activists of the 60s and 70s. They held clenched fists defiantly in the air and one dance formation was interpreted as a homage to assassinated civil rights leader, Malcolm X. America has changed since the days when controversy at the Super Bowl was Janet Jackson flashing a nipple. 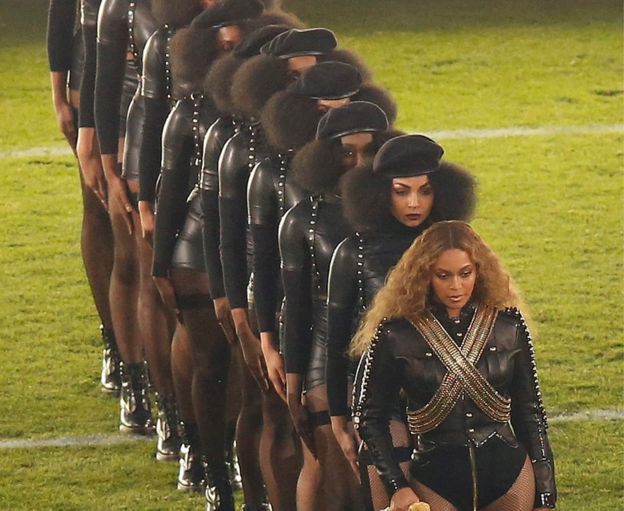 Now for the average Kenyan, American football is as alien as it gets. Getting a grasp of the sport takes some true effort. The notion of grown men kitted up like riot police men, going out to tussle over a small oval ball, knocking each other even when a player does not have ball, through 4 quarters, with an offense and defense team can be very puzzling. Then throw in the complexity of the Super bowl and it is simply too much information to pack in. At a certain age in life, some things can be left unknown.

But it was the symbolism of performance on the sports field that stirred up memories. I once got chance to play American football against US Marines in Kampala. I was part of an experiment to introduce an American football African Confederation Cup. American football coach Tom Kelley had shipped into the country with gear and made his way to the University of Nairobi in search of Mean Machine rugby team. The rugby team was selected, I suspect because of the affinity between American football and rugby, both contact sports and something that fragile soccer players would never comprehend. Compared to rugby where the players’ bodies face the bruising prospect of hard earth, America football players have benefit of padding and helmets. So after two weeks of rudimentary training we bused it through to Kampala by road, singing and sleeping throughout the journey. There was huge fanfare the next day when we went around Kampala city on a road show, clowning on the back of an open van, dressed in full gear to publicise the strange sport that was to be televised live.

On a Saturday afternoon, we were trooped to Nakivubo stadium. Our opponents were Makerere University and they had a sizable contingent of US marines in their side. They were all white guys and they tried to intimidate us with a rallying call and menacing stares. The marines were based in Uganda, it did not seem to bother anyone how it was possible to round up such a large number of marines for a football game in Kampala. The first quarter passed off in blur. We had no idea what we were doing, confused by the rules and our command centre on the side lines degenerated into a babel tower situation. By the second quarter were trailing badly. There were bigger and more strategic. We could not make any progress trying to ape their style. So the captain made a hurdle call, incidentally, you stop the game when the ball goes out of play, regroup and start play again.

The motivation was simple. Nairobi was a long way off and were not going to leave the pitch as losers and face the daunting task of trying to be taken seriously by Kampala women. We reverted to what we knew. Rugby. The two African American exchange students on our side, the only ones who fully grasped the sport served as quarterback and would figure out how to get the ball to us. We were going to run fast, hit hard and save face. Mid-way through our domestic rugby season and as fit as thieves, we got into our groove quickly. The ball was spread wide, play was opened up as we ran hard and the marines had no answer for our pace and grit earning us a sweet victory. 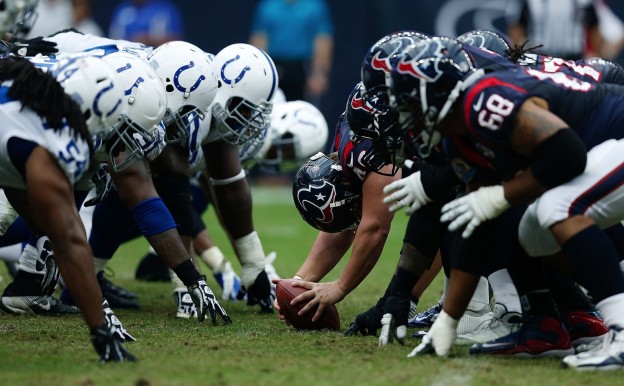 The African Sports Conference idea never came to pass and we left Nakivubo stadium as proud nationals. A couple of Kenyan students had walloped American marines in a sport that symbolized American superiority.

Watching Kenya beat the USA at Sevens rugby last weekend on a world stage was another silent tribute to the forgotten contribution of young sports men and women to nationhood. Those hundreds of young sports personalities who have made countless personal sacrifices to put their country on the world’s pedestal only to return home to a cold reception.

Sports are a formidable force for the formation of a positive national identity and the real tragedy is that, the petty grievances of political charlatans is what gets prioritized as news.

2 thoughts on “Of Beyonce, American Footie and Rugby”