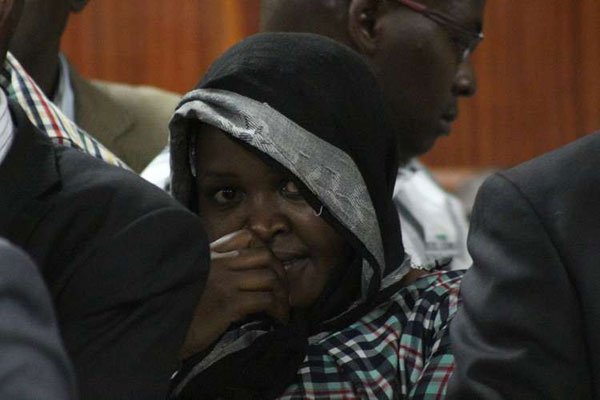 A Whatsapp message pinged in the middle of the day. It was my old school mate Steve, a closet media man, who dabbles as an aspiring film maker, TV series producer, editor and soon to be published novelist. For money, he works as an accountant in a water company. Steve likes to use me as his sounding board for his various entrepreneurship ideas. “Have you read the affidavit? It is a Hollywood treatment”.

Former hairdresser Josephine Kabura had sworn an affidavit claiming that former CS Anne Waiguru was the mastermind of the NYS scandal, a public heist that involved some 791 million shillings. Kabura claimed she was an accomplice and shared her side of the story, with all the relish of a partner scorned.

The 18 page document was a sensational read. In fact it was such a conversation stirrer that Steve claimed ‘Kenyans’ (his focus group of friends) were pestering him to secure the affidavit as a script and option it immediately into a movie or at least a riveting- after-news-hour documentary. That is what Jicho Pevu Mohammed Ali and John Allan Namu used to do so well.

The NYS scandal is what is known as a tenderized plot with all the features of a rags-to-tenders, Kenyan story. I could relate to Steve’s excitement.

Steve wanted to know if I was interested in what ‘Kenyans on the ground were saying”, usually the sum total of arguments drawn from his “Friends-Who-Like-Siasa” group on Facebook and a private Whatspp group of ‘ sharp like-minds’ that he administered. Much to my surprise, I was told that they all agreed that the NYS plotline is something they would pay ‘good money’ to watch.

I wanted to tell him that his business idea had some legs but he had to move quickly. Given how often Kenyans have lost great movie productions to South Africa, one would hope that players in the creative industry would be more alert to these opportunities. The West Gate tragedy story was going to be shot in South Africa because the perception out there is that Kenya is a hostile destination for film makers. Steve told me not to worry as the perception would change. “We now have Najib Balala as the CS for Tourism and if he can jump out of a plane for turtles, what stops won’t he pull for a movie?” He was right. I had not factored in Balala’s PR genius. 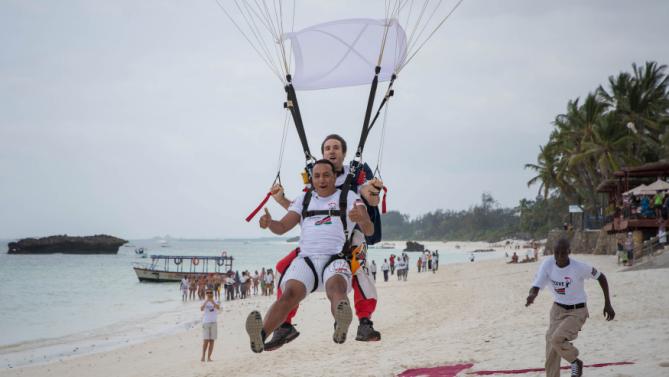 Steve had noticed, after analysing stats from his focus group that uptake of violence inclined stories has gotten very slow. Violent plotlines require more creative depth and money to buy stuff you can blow up and it does not help that the competition is not snoozing. Companies like Netflix, if the ratings are anything to go by, are proving that Kenyan audiences are more receptive to violence with more believable plotlines. Stuff that they can relate to like violence and drugs in Colombia.

Since the digital migration, Kenyan TV audiences according to my studied friend have started following the more complicated, figure blogging corruption cases that make it onto primetime news. This can only mean, for the creative entrepreneurs who see this glaring opportunity, that speed of turnover for great heist movie ideas is crucial. The shelf life of a good idea is only about 2 weeks and only if the reported scandal is in the billion shilling scandal range. A couple hundreds of missing millions does not generate much interest unless brazenly stolen in sacks of cash in broad daylight and involving a successful gateway from an underground parking lot. At least then, we can assure the viewers of raw footage and viewers trust raw footage.

As a result of Josephine Kabura sudden and total recall, EACC who had earlier closed the NYS file and cleared Waiguru of any wrongdoing in the multi-million shilling scandal have now been forced to re-open the probe against her after Kabura’s affidavit. This is the kind of twist in a plot line that audiences find very intriguing. The anatomy of the NYS heist is in the mystery genre because even when the main culprit is known and a crime is committed, why no arrests are ever made remains a mystery.

Corruption news as a new mystery genre is showing some real potential in the local markets. Audiences are getting more discerning. A teaser or two and a rumour is all that is required to gauge interest. Using keywords like “billion shillings” and “missing” will send mad traffic your way. The audiences expect the details to be fuzzy and good scriptwriters knows that hints are powerful. The reveal should only come when enough people in your social media timeline start sharing their plot expectations and positively identify the main characters of the scandal before it breaks out as has-been news.

Steve thinks that this would another way of fighting corruption and creating jobs at the same time. He reasons that we have to expose our children to the reality of the corruption and demystify it through movies before the South Africans do. I think Steve is right.