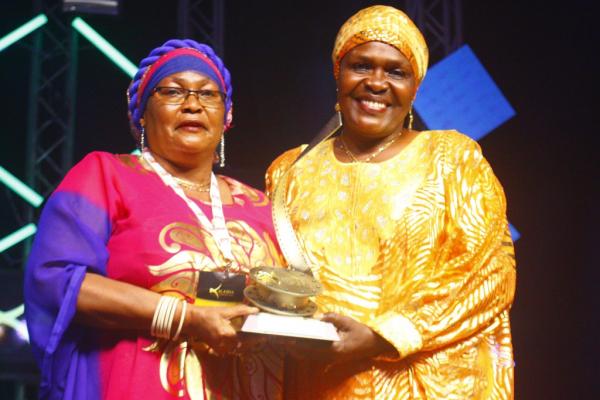 On a Friday night, I attended the 2015 Kalasha International Film festival, the Kenyan Oscars celebrating TV and Film talent held at Nairobi’s Kenyatta International Conference Centre (KICC).  Six years on, Kalasha has taken a bold step forward albeit with a few missteps.  There was the not too bright idea of parading a bunch of muscle bound men (Arnold Schwarzenegger throwback), oiled and glittering like fireflies, in most unflattering laborer shorts as ushers. Their chests were so puffed, some had trouble breathing.  Buff chests are so eighties! Unless you are actually applying that girth to functional use, as a competing sports man or a physically active outdoor man, lugging around mass for aesthetic sake is a waste of energy. Another a bad idea was country man Sir Elvis playing a guitar and singing about old town Georgia at a Premier Africa Film and Arts ceremony. Country music has its place and time and its proponents need to curb their enthusiasm.

Nonetheless, Kalasha festival organizers must be commended for an otherwise successful event packed with plenty of highlights. Despite the very real challenges of TV and Film production in Kenya, there was breath in content and some refreshing new talent. I sat on a row across from Mary Khavere, better known as Mama Kayai, the other half of Kenya’s longest serving TV couple. She was flanked by Lucy Wangui, the stern judge from another long running TV drama, Vioja Mahakamani. They both wore floral kimono dresses, holding their own brand of mature elegance amongst the glitzy Hollywood esque fashion parade. Kenya’s TV stars were all out that night. In the multitudes, I spotted Freddie Omondi “anchor wa power’ of Hapa Kule news, he of the permanent smile. Raymond Ofula, the grand gentleman of TV, Peter King who held his own in the Netflix series “Sense 8”, Robbie Bresson of the “Simiyu Samurai” fame, celebrated Director of Photography Martin Munyua and casting guru Lenny Juma.

MC Robert Burale played well off with Film Commission chairman Chris Foot, who salvaged the gala from a rocky start with an impromptu speech. The nominees trailers did not always roll on cue, sound levels were erratic and some categories were a blur of names followed by the announcement of an anonymous winner. Burale ended up becoming a safe pair of hands and managing to roll over the hitches with a sense of calm.  Every time he noticed the audience turning impatient during unexpected lapses in the programme he unleashed his standard line, “Turn to your neighbour….” and the laughs followed.

In my case, it was a night where the women left me with the most powerful examples. Her graciousness, Mama Kayai, the first lady of TV sitcom scooped the Lifetime Achievement award, standing tall after 4 decades of always showing up for her audience and delivering the laughs. In a moving gesture, she dedicated her Lifetime Achievement award to the one and only the late, Mzee Ojwang Hatari .

My second impression was Jackie Lebo, film maker behind the movie on Kenyan boxers “The Last Fight” that won the Best Documentary. Jackie Lebo has built a solid body of work documenting the human side of Kenya’s sports stories and her award was dedicated to the forgotten talents, Robert Wangila Napunyi, Suileman Bilahi, Omondi Demosh and all the young men in Eastlands keeping the sport alive.

Next up was Ng’endo Mukii, the outlier who scooped the award for the best animation feature, “This Migrant Business”. She was not on hand to receive her prize but an emissary read out a speech dedicated to the late Charles Asiba, a pioneer film producer who she described as her biggest cheerleader and mentored her career.

The last was a young girl Vivian Wambui from Moi Girls High Nairobi, who won in the best lead actress in the film “No behaviour”. Vivian was dressed in school uniform and chaperoned by her headmistress who delivered the sublime message of the night, “Our schools are store houses of talent”. I certainly hope Prof Kaimenyi was listening!

Kalasha brought to the fore, three generations of women keeping the arts alive in Kenya. Women with the grace to remember that someone held open a door to help them move forward.  It was a kind of artistic integrity that we rarely acknowledge let alone celebrate. Mama Kayai’s generation may the last of the pure artistes that we see on our stage. Men and women who devoted their lives to an honest artistic life and self-sacrifice. A far cry from the contemporary fanfare where fame makes people desperate and entitled. Between the sex tapes and the selfies, creative artists are reduced to attention whoring. In keeping up with the Kardashians, courting controversy has become the only way to remain relevant. When a country’s focus is on short term escapism as opposed to the search for their truth, the guy with the sex tape will always rule. Art is a catalyst for change but in Kenya our pearls are thrown before the pigs.