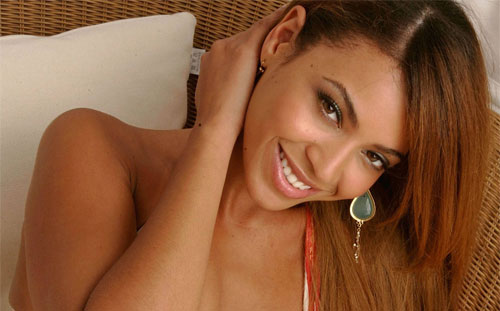 It is amazing how suicidal some people are. It is as though, somewhere buried deep in their DNA is a gene whose only purpose must be to find swifter and more painful ways to die. I had presumed that it was fairly common knowledge, that one does not make a pass at a woman in male company. In some countries, that is enough reason to have you lined up against a brick wall and shot. However, as you may have already learnt by now, common sense is an ironically scare commodity.

About two weeks ago I met one such fellow, who tried to bestow on me, the agonizing burden of dispatching him to his maker. Saturday evening it was and I was doing a pretty fine job in entertaining the very lovely lady whose company I had hankered for many a night. Everything was going swell until Patrick showed up. Not that there was anything wrong with the bloke. It’s his side kick that I had a problem with. He happened to be very nosey youngster who declared quite proudly that he was twenty and half years old. He was too cool for my liking. I know the type. They never know when to shut up. My apprehension turned out to be quite accurate.

So after a round of drinks, Patrick takes the centre court and embarks on delivering one of his regular discourses on African music. Patrick is a hearty dread-locked Zimbabwean who sounds like Steve Biko. He also has the intellectual mettle to sustain a fairly solid discussion. Therefore it wasn’t long before he worked me into a corner with the ever pertinent question, “Where is the heart and soul of Kenyan music?” I tried to throw in Big Pin whose Kora award still leaves me baffled and he tore me to shreds. When it comes to debates on musical heritage, it is best to stir clear of our brothers from West and Southern Africa. While all this was going on, the youngster had nestled himself inappropriately close to my date.

Considering my physical and territorial advantage, I assumed the young man would not attempt any further life threatening actions. I assumed wrong. He was actually flirting in my face. I found it rather amusing that a graduated teenager could walk into my house, enjoy the fairly exorbitant rum that I shared, in a glass that I provided and hope to walk off with my lady without any resistance. This was a very brave opponent I could only be intrigued. Any guy who has been in this game long enough, acknowledges that women are fair game. The right to free association is a right that the reasonable man abides by. May the best man win is part of the gentleman’s creed. In that regard, it is then considered juvenile to throw a fit just because someone talked to your wife. It is generally assumed, that every woman has right to spontaneous flattery from unsolicited quarters. The reasonable man is supposed to interpret it as a compliment. Only when, the woman calls for your intervention, are you allowed to punch the bastard.

There was self belief and confidence, something that we wish more of our younger people had. David had come to battle Goliath without his sling. He had got her to smile which meant she was not going to waste good rum on his face like they do in the movies. He was speaking in very low tones and in a sneaky manner, he naively believed that I was unaware of his devious plan. I played along as I considered the conflict resolution channels at my disposal. What would Samuel Jackson do in scene with a joker like this? Probably hold him by his ankles over the balcony so that he may see the world as it is. I could run to my bedroom and come back brandishing my rungu and tell him menacingly, “ Wewe chunga sana!”( I warn you). I thought of telling Patrick to press the pause button just long for me to whack some sense into this boy. But this wasn’t even a worthy opponent. Yet the matter continued to bother me greatly. Either I looked like a total wimp or portrayed the demeanour of a humming monk who wouldn’t harm even an anopheles mosquito intent on getting him sick. The ancient wisdom says that if an opponent wishes to show you contempt, he first ignores you, then if this does not succeed, he laughs at you and finally if all else fails, he attacks you.

The kid attacked. Everyone knows, you can stare, talk but you can’t touch. He was a foolish one. I was actually scared for him. The lady smacked his hand, pinched his ear then slapped the back of his head. Serves him right. When he tried to get up, everyone barked, “Sit down”. He mumbled something incomprehensible and sunk back into the couch. That was the last we heard of him.

If more women would intervene in ownership disputes, we would see lot less violence. When a seventeen year old has a crush on me, you would not expect me to call my wife hoping to be rescued. I would instead tell the child that she needed to concentrate on her studies and watch less of that Channel O stuff. If she refuses to heed my advice, the next best thing would be to disappear. The point is that women need to cut out this damsel in distress nonsense. A man crosses the lines of comfort, work your way out of the tight spot because you participated the flirtation. It’s a game, they love to play and men constantly fall for it, getting all broody and menacing like some guard dog. Don’t believe them when they say, “Can you imagine that guy was tuning me?” If there is one thing women love more than shoes, it is turning down male requests. Most women are flirts, but before you respond to flirtation,  make sure is unaccompanied.

10 thoughts on “My Girlfriend Is A Flirt, So Keep Off!”