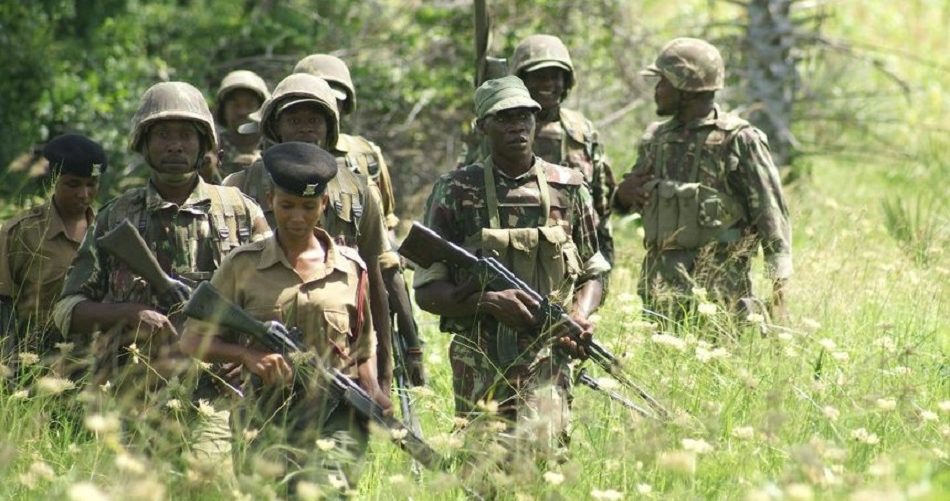 I should not have been surprised. It was keeping with Kenyan military policing culture that has a long tradition of swinging hammers at anything that stands in the way in pursuit of flies. I could not find any subsequent press reports to establish whether the bombings actually took place. The last time a forest was bombed to flush out terrorists was during the Mau Mau independence struggle against the British colonial forces in the 50s.  RAF (Royal Airforce) planes were deployed to shell out Mau Mau freedom fighters in the forest around Mount Kenya and Aberdares and in the final analysis the RAF bombing campaign achieved very little. They were reported to be terrifying but ineffective.

What I found surprising was how casually the news was received by the general public. There was not even a squeak from overzealous conservationists and the self appointed saviours of the unspoilt and natural habitats of Kenya. Lamu governor Timmay was the sole voice of reason I came across, speaking about the sure collateral damage to the wild life residing within the forest and the natural environment.

Boni forest is not just a belt of greenery hampering a security operation. This is an entire ecosystem that has significant climatic effect on a country that is fond of talking shop about the devastating effects of climate change. It is an incredibly important national resource in a country that has obligated the State to increase the tree cover to at least 10 per cent of the land area and enshrined this provision into the constitution.

Since Boni forest is not frequented by foreign tourists, its importance is somewhat diminished and it is not common knowledge that we are talking about a forest reserve that covers an area of 1339 sq km. Nairobi county could fit into Boni twice. Boni forest straddles the three Districts of Tana River, Lamu and Ijara in the North Eastern Conservancy and falls under the jurisdiction of Ijara and Lamu County Councils. The forest range holds one of the world’s highest densities of plant species, 386 different varieties recorded so far.

Boni is part of the indigenous open canopy forests of the Northern-Inhambane coastal forest belt, the ancestral home of the Aweer community commonly referred to as the Boni, who were semi-nomadic forest dwellers, and I should add conservationists. The Aweer were displaced from their homelands when the Kenya government gazetted Boni as a national reserve in 1976 and have over the decades seen their traditional way of life disrupted by waves of government policy. As soon as government sticks its head into forest management, logging and tourism, profiteering increases proportionately to the detriment of the locals.

Boni is now suffering from the consequence of its proximity to the Somali border. The troubling revelation behind all this is the sheer ignorance and public disconnect between the citizens and their natural environment.

We are bringing up a generation that will never understand the value of forests beyond its sanitized aesthetic appeal as a great place to jog, ride a bike or walk a dog. Boni forest has survived because the local community intrinsically understood the long-term interest of ensuring its survival. We cannot talk about forest conservation whilst ignoring the communities that lived and sustained them for centuries.

Yet, the role that the local traditions and cultural conservation ethics played in conserving the wide wildlife and biodiversity in Kenya is never given any meaningful consideration. This is what environmental activists John Mbaria and Mordecai Ogada termed as “The Big Conservation Lie” a myth that places responsibility for conservation solely at feet of government, foreign scientists, tourists and other exotic interests and alienates locals, pronounced w-a-t-u-s, from their resources.

Boni forest is more than just trees standing in the way and it is a homeland and a lifeline for this country’s fragile ecosystem.

But unfortunately, if all you have known is a hammer, every problem becomes a nail.

4 thoughts on “Missing The Forest For The Trees”