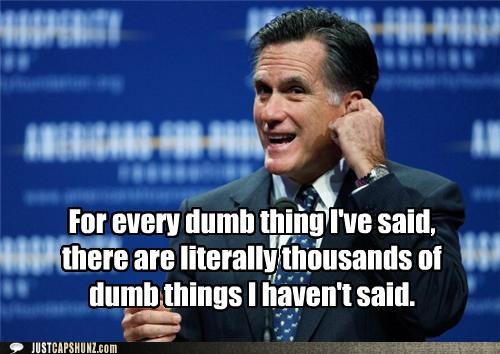 US Republican Presidential Candidate Mitt Romney had a serious foot-in-mouth episode that was captured by a hidden camera. Speaking at fundraiser in Boca Raton, Florida, some time in May this year, Romney made some disparaging remarks about President Obama’s voting base, insinuating that African Americans and the Hispanic population carried an entitlement chip on their shoulders and always played the victim card. The Mother Jones magazine posted the video on the website and a full transcript of the speech can be found at this link courtesy of Mother Jones published exclusive video. What Romney said was a stereotypical conservative, Republican view of the Democrats. I believe Democrats in the same position would probably be equally disdainfully of Republican voters but smart enough to know that honest personal opinion is a dangerous card to play during an election period. In politics, what you think or feel is never what you say. The popular term for this sort of self censorship is politically correct, in short PC.

Stereotypes are sometimes subconscious and viewed as socially unacceptable thus coded manner of speech has trickled down to everyday conversation.  How does one describe the other without coming across as prejudiced?

In our contemporary times, they are certain gestures, like say giving the middle finger that are now off limits at least in respectable circles. New words and expressions are constantly added to the PC lexicon and one has to stay updated to be on the safe side.

The new constitution deems all equal in the eyes of society even when evidence proves otherwise so self-censorship is a way life especially for those working in the public eye. Therefore rowdy Gor Mahia fans become flamboyantly high spirited and aggressive Maasai watchmen are ethnically conscious security experts. Fat people would be described as horizontally endowed, a violent wife becomes a correctional obsessive companion while a mad man is simply socially inept and opinionated.

In Kenya we do not talk about tribes or ‘those people’ when we can say ‘communities’.  When members from different tribes who share a common border fight each other for whatever reason, it is reported as ‘ethnic animosities, attributed to historical injustices between warring neighbours‘. Therefore to avoid offending others through what will be viewed as hate speech our language has become consistently neutral. Refugees are asylum seekers not aliens. When foreign migrants show up on foot with no money or legal papers, they are referred to as economic refugees. But when a Chinese immigrant arrives as part of a road construction crew they are known as infrastructural consultants.  In the local media, sex is a word that is still substituted with ‘an uncompromising position” as in, the couple was caught in an uncompromising position. The terms penis and vagina never appear in print unless they are part of a health issue. Instead we stick with ‘private parts”. It is not even cool to say prostitutes anymore when you can say sexual service providers.

In a civilized world, it is important to appear agreeable even when one has some pretty disagreeable things to say about the opposition. You may think that politicians are stupid, dishonest, criminal, crooked, greedy individuals of poor diction but it is a lot more civilized to say “the political leadership displays worrying signs of intellectual impairment, ethical disorientation, unsavory characteristics, and questionable morals and appear to be socially challenged”.

It is a PC world. Mind your language.

5 thoughts on “Mind Your Language”