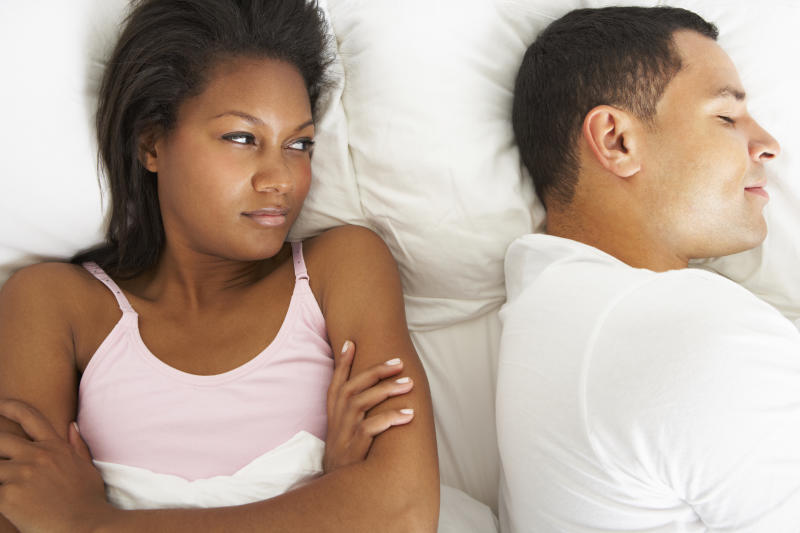 It is generally assumed that men cannot wait to get it off. Girls grow up with the notion that men have to be resisted because that all men think about is sex. But not all men are built alike. There are some guys who do not seem the least bit interested in sex and would rather watch a good movie. It gets even more frightening when the man is a partner and he seems to always come up with one excuse or the other for avoiding lovemaking. Well, here is the thing. Men can also have headaches.

As men get older and as result more eligible as steady partners, they start to get more discerning about their sexual partners. Experience they say is the best teacher and sex can be quite the chore when compatibility is lacking.

Boring sex is a mood killer. Too many good looking women spend a great deal of effort on their outward appearance but tend to make no investment in lovemaking skills. After a long winded chase, a man takes a woman home to discover that he carted an Egyptian mummy to bed. Boring sex is like a slow puncture, diffusing progressively all the passion and desire in a relationship.

Another factor that kills desire is the power games some women play. A man comes home after a long and stressful day at the office. All he wants is a hot meal, some down time in front of the TV and possibly a little tenderness between the sheets afterwards. He walks through the door and meets a confrontational woman with 101 questions to ask, “Where were you?” It is depressing and to expect him to be interested in make-up sex afterwards is presumptuous.

Too many women are socialized to believe that a man must plead and beg before he gets even a peek. It works in high school but in grown up circles, the level of runaround gets old. When a woman takes on an entitled position, treating sex as a privilege that she controls, it drives men away. When he realizes that sex is totally dependent on his wife’s mood he will get tired of negotiating and find a plan B and sometimes, it as innocent as making his work his mistress.

Then there is performance pressure. Imagine a 70 year old man trying to keep spirited 22 year old happy. It is heart stopping affair. The pressure to please and scale heights until toes curl can get intimidating. Sexually aggressive women scare guys off. The reasons could also be psychological. The embarrassment of erectile dysfunction and men who feel that they are not adequately equipped. Somewhere along the growth path, a man had shown up in bed all set and ready and the girl of the moment had laughed off his equipment. That sort of dismissal cuts deep and it would takes years to get over the trauma of inadequacy.

Mostly though, the reason men avoid sex is simply because he is just not that into you.

3 thoughts on “Men Can Also Have Headaches”