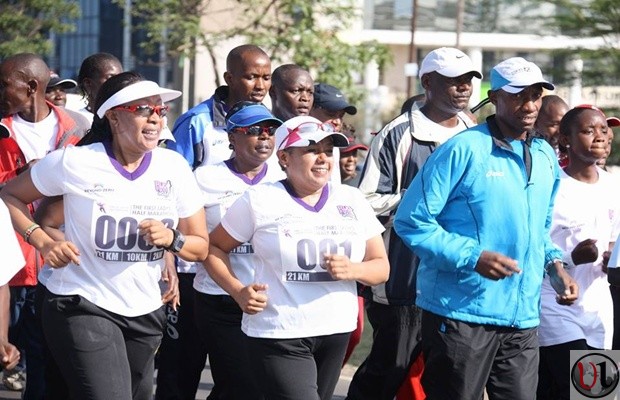 The First Lady Margaret Kenyatta has morphed into Kenya’s best ambassador showcasing running since the legendary Kipchoge Keino. The extremely fit-fluential Margaret Kenyatta, has transformed into the unlikely candidate for healthy living. The First Lady’s half marathon, slotted for March 8th has worked its way into a-must-attend event for any female media personality with a public profile and guts. In over 15 years of writing, I have never seen media types fawning over a President’s wife and it has nothing to do with her fashion sense. The agenda is the Beyond Zero campaign aimed at reducing the maternal death rate. It was officially quoted as 488 deaths per 100,000 live births in 2014. Anyone who has lost a child before or at birth would appreciate the importance of the campaign. In short, it is a worthy effort.

In Margaret, the President has a capable ally and she blossomed under his shadow and found room to set her own agenda. She could have easily have restricted her campaign activities to endless glitzy dinners but she broke from the norm and literally ran off with the campaign.

Margaret Kenyatta is not exactly the exemplary figure of fitness but when she hit the road last year, eliciting memories of Tom Hanks’ character in the movie Forest Gump, she has not stopped running.  Along the way, she has drawn fans and hordes of supporters, admirers and the numbers just keep multiplying.  Critics who reduced her London marathon debut to a PR stunt or passing fad clearly never imagined Margaret Kenyatta had a long distance’ running gene’ buried in her stout motherly frame.

The First Lady is indeed now a fitness ambassador at 50 and we love seeing her in track suits. Her stride is unique and she has got Nairobi women ditching clunky shoes for running gear.  A brief history of First Ladies paints a picture of stark contrast. Her predecessor Lucy Kibaki was seen as intimidating and evolved into a one woman shadow government. Despite Lucy’s noble efforts such as the “Lucy Kibaki choir’, her tenure was haunted with melodramatic episodes. After reprimanding the head of state on national TV on a private matter, she became a dreaded figure in official circles. Then she disappeared from the public eye and little is ever heard of Lucy Kibaki these days.

The late Lena Moi was virtually invisible and the country kept a “Don’t ask, Don’t tell” policy about her. All that most Kenyans know about their 2nd First lady is mostly hearsay and her photographs are exceedingly rare. That the couple was separated helped established the alpha bachelor standard of the Nyayo era. Mama Ngina Kenyatta, holds an iconic position as the original First Lady in addition to First Mother in her lifetime. Mama Ngina’s polished and stylish demeanour softened Mzee Kenyatta’s image and in keeping with the times, she remained the good wife by his side, seen but rarely heard. In comparison then, Margaret Kenyatta is an unprecedented new act all together. She is a modern groovy mother figure with a penchant for running. 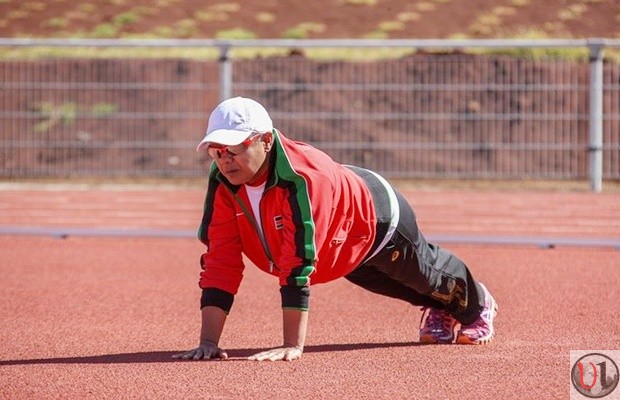 Her genius lies in how she has steered her soft power into a sterling PR campaign addressing two worthy issues. She leverages the power of publicity like a seasoned hand and crafted a reputation as a doer avoiding lengthy patronizing speeches that high profile women tend to favour.  Margaret Kenyatta is leading by example, which must be why everywhere she runs past, people just join in. At this rate she might as well consider establishing running shoe brand. Keep running Mama.

OF MEN WHO WEAR DRESSES 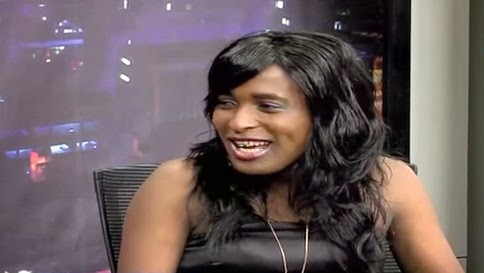 Before the main TV channels went off air in the last few weeks, Kenya’s rising comedic talent was a guy who dressed in drag. Shaniqua of the Jameni TV show on KTN strutted her way to national prominence in the most brazen manner. In her wake, everyone was left in stitches. Shaniqua is a clever parody act on the disturbing phenomenon of Kenyan socialites whose only claim to fame has been largely, the prominence of their backsides. I watched Shaniqua on the Trend with Larry Madowo where she practically stole the show with her heightened sense of melodrama. Shaniqua is deliberated dressed like a riff raff, a wannabe socialite, with bad teeth, hairy legs, a cheap weave and all that phoney sophistication that we have come to associate Kim Kardashian fans. I caught a few other clips on Youtube and against my better judgement, I started reciting her stand line, “nitaku….muuurder”. It has a very sticky quality. I checked out the comments on video and predictably the women loved her but some men, as we say in these parts, “caught feeling” with typical homophobic slurs thrown about.

Shaniqua, the alter ego of the talented Kevin Mwangi is not the first man to earn a living as a performer dressed in female clothing. Cross dressing for the purposes of entertainment has been alive and well in school theatre stage for decades. In mainstream Kenya, the pioneering duo of Nyengese who performed in public in downtown Nairobi to huge crowds, in late 90s wore skirts, make up, wigs and stuffed parts. The hilarious Redykyulass crew dressed as women on several occasions. Tony Njuguna pulled off a convincing Oprah Winfrey skit and John Kiare (KJ) did a mean Mama Lucy Kibaki impression.

While drag is mostly associated with gay men and the gay culture, in Kenya cross dressing for entertainment is tolerated, which paints the country as more liberal than most dare admit. A man can walk around in tight skirt and heels as long as he makes people laugh. After all, the point of comedy is to push our levels of comfort, take us to places we fear and laugh at our ironies and absurdities. In Shaniqua’s rise to prominence is another social revelation. Some women in the city have become so made up and addicted to enhanced parts that it is really easy for a man with patience to doll up and pass as a woman.