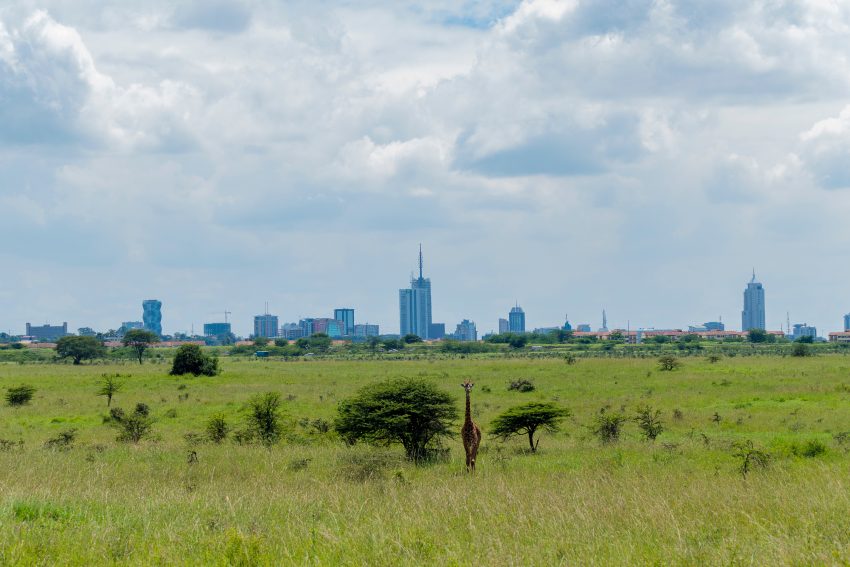 The first thing you need to adapt to in this new country is the weather. Amsterdam has a maritime climate, which means you can have four seasons in a single day. On this particular mid morning in spring, the weather transformed from a moderately sunny day to a wet one in less than an hour and I decided to call an Uber to drop my daughter off at the day-care centre about 6kms away.

The grey Skoda Octavia arrived promptly and we jumped into the back seat. There was a clear safety screen that has become a compulsory feature in Ubers in the wake of Covid-19 to protect drivers from sneezing passengers. I was happy that my Uber driver was a black man and we struck up a quick rapport.

One of the many fascinating experiences as a new resident in Amsterdam has been meeting an African diaspora who identify as black and European. The driver was an affable young man. I asked him where he was from?

“I was born here but my parents are from Suriname”.

I perked up when he said this. People of Surinamese heritage make up about two percent of the Netherlands population and are sometimes portrayed as an assimilation success story when contrasted against the Turks and Moroccan migrant communities. The first major wave of migration began in 1975 after Surinam, a former Dutch colony, gained her independence. Many of the internationally celebrated Afro-Dutch sports personalities we know of in East Africa, such as Ruud Gullit, Edgar Davids and Virgil van Djik have Surinamese heritage.

Second generation Afro-Surinamese Dutch people have been at the forefront of a rising black consciousness challenging the previously dominant discourse of a color blind and antiracist Netherlands. Surinam is not a majority black country like Haiti and Jamaica but an ethnically diverse society in South America, comprising Creoles, East Indians, Chinese, Indonesian, Europeans, Ameridians and Maroon communities living together.

Of these ethnicities, it was the history of the Maroons of Suriname that I found intriguing. During the trans Atlantic slave trade, large groups of enslaved Africans fought off their captors and liberated themselves. They fled colonial Dutch forced labour plantations for the interiors of the Amazon rainforest and established independent communities. The Maroons of Suriname fought many wars against the Dutch and in the 17th Century signed a series of peace treaties that granted them autonomy in the mountainous and forested interiors.

The word Maroon is derived from a corrupted Spanish term, cimarroón, which originally meant a fugitive black slave living in the wild. The Maroons who are descendants of Africans in the Americas, continue to exist 400 years later, as distinct indigenous groups, living in villages located in the coastal and forested south-eastern parts of the country.

The young Uber driver listened intently as I recounted this history with gusto and I noticed that on two occasions, he missed the correct turns. After apologising and regaining his bearings, he said to me as we arrived at our destination,

“You know, this is the first time I have heard this? They never taught us this history in school.”

I wasn’t surprised. Miseducation is a common occurrence among citizens of former imperial empires and post-colonial nation states. Afro-Surinamese Dutch scholar Gloria Wekker ( White Innocence, 2016) writes about how many students in her classes are always surprised and appalled when they hear about the Dutch role in slave trade and colonialism, often for the first time. I still remember my own experience of horror when I read about the atrocities committed in Kenya by the British empire in the book, Britain’s Gulag by Caroline Elkins(2005).

As my daughter and I step out of the Uber, the driver asks,

“Brother, where are you from?”

To which he ponders aloud, “Nairobi! What’s it like?’’

I wanted to use the word restless but I feared the nuance would be missed. As I walked to catch the bus after dropping my daughter off, I reflected on my response. Why don’t I talk positively about my city of origin, in the way I hear some Dutch folk talk about Amsterdam? Many times, I am asked about my experience as an outsider and it comes with the assumption that I can only like it. What I often say to myself is that while Amsterdam is an elegantly preserved old city by the sea, it can feel cold and insular to outsiders from communal cultures.

I used to wonder why I defaulted to polite speech. The few random Dutch people who had visited Kenya, mostly as tourists, spoke of feeling safe in Nairobi as a sign of affirmation. Then, one day I happened upon a business book my wife had acquired by Erin Meyer, the Culture Map (2014), where she talks about high context and low context cultures. In low context cultures, like most Western European countries, communication is direct and precise and messages are understood at face value. In high context cultures, such as Asian and African societies, communication is more sophisticated, nuanced and layered. Listeners are expected to read the air and listen to the sound of the river because messages are often implied.

In the Netherlands for example, invitations are important. When you are invited to a party it is crucial to arrive on time. A Kenyan friend once arrived late to a party in a Dutch household and was told he only had a few minutes to share his greetings and leave. The host was not about to extend her hospitality to accommodate late arrivals. That kind of directness would be interpreted as rude in Kenya. Another friend would drag along a reluctant colleague to a soirée at my house and the lady who was from a Scandinavian country was surprised by how warmly she was welcomed. In her culture, it would be inconsiderate for a guest to bring along an uninvited guest. In Kenya, we generally don’t know half the guests at our own wedding receptions and as you leave a house party, the host will often say, Karibu tena, you are welcome again.

For these reasons, I refrain from face value comparisons between Nairobi and Amsterdam because, it feels like we are comparing watermelons to apricots. Amsterdam originated as a small fishing village in the 12th Century and you still find medieval narrow buildings with gabled facades dating back to the 13th century.

Nairobi is a fairly young city, founded in 1899. It rose from humble beginnings as a midway supply depot for the Uganda railway line that began in Mombasa at the Indian ocean coast, destined for Kisumu by lake Victoria and onward to Kampala in Uganda. Nairobi would emerge from obscurity to overtake Mombasa and Machakos as the capital of the British East Africa Protectorate.

In Amsterdam, I have met an African diaspora craving positive stories of Nairobi and of life in general in African cities to counter pervasive negative narratives of African urban life they grew up with. I consider these stories urgent. Africans living in the continent have imbibed the worst racial tropes of themselves as a result of the legacy of colonialism. Some of the most ignorant self loathing statements I have heard about Africa, have emerged from the mouths of black people.

An African American friend returning to Amsterdam after a recent visit to Kenya was blown away by Nairobi and the Kenyan countryside. The country was like nothing he could ever have imagined and yet as he called his relatives back in the US to share this experience, he was still confronted with naysayers who had the audacity to ask questions like, do they have cities there?

Nairobi is the lens and frame through which I judge other cities. It is an emotional experience and to understand the city and to love it, you have to grasp its soul. Nairobi is not aspiring to be someone else as it used to be when I was growing up in the 80s. Back then, Nairobi was expectant like our mothers at home, who displayed and saved the finest cutlery for the guests even if they only visited once a year while members of the household had to contend with plastic ware. Today, I find the generation that has come of age in Nairobi, to be more confident in their stride, openly wearing their experiences like medals on a military jacket and telling their stories unapologetically.

While there are certain universal standards dictating the quality of city living, an attachment to a city is a sum total of one’s experiences over a long period of time. What really builds the fondness of a city, beyond sights and wonders, is its soul and its soul, is the people.

Every time I live outside Nairobi for an extended period, I admit that absence makes the heart fonder.  I miss the weather, the people and the vibe. In my two decades as a mainstream newspaper columnist, I did not realise I was making lifelong memories in Nairobi. To be a Nairobian is a commitment because it is a city that teaches you to take nothing for granted. I sometimes think of Nairobi as a childhood crush that developed into a committed but distance relationship and every time we meet after long stretches apart, a sense of closeness and attachment is restored.

Susan Wakhungu-Githuku writes in the foreword of the photographic book Nairobi 5453 ft (2017),

“it is often said that in Nairobi, the attitude one adopts enables the altitude, one attains’’.

Nairobi has instilled in me the capacity for innovation and resilience in the face of life’s endless challenges. I am in many ways an embodiment of a city that teaches you to prepare for the worst and you won’t be disappointed but simultaneously builds the fortitude and hope needed to usher in the brighter days that lie ahead.

If I was to meet the young Uber driver from my earlier experience, I would tell him, Nairobi can be intense and audacious, intoxicating, yet kind and quite the charmer when she notices you.

One day, I hope, I can look back and say, I fell in love with Amsterdam but until then,

“Me, I still love Nairobi”.