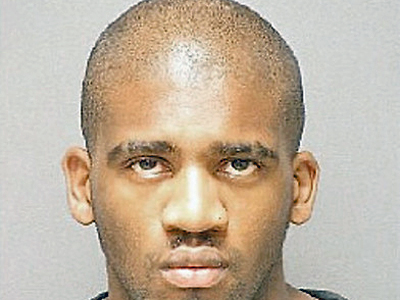 In late 70s, Kenya was described by its socialism-leaning neighbors Tanzania as a man-eat-man society. It was a metaphor that captured Kenya’s whole hearted embracement of capitalism whilst Tanzania was experimenting with Ujamaa. No one ever took the reference literally until Kenya headlined global news with about the most bizarre incident since Baraza who tried to milk an elephant in the wild. A 21-year-old Morgan State University student, Alexander Kinyua, reportedly admitted to killing his roommate, Ghanaian Kujoe Bonsafo Agyei-Kodie. He then tried to conceal evidence of his heinous crime by eating his heart and portions of his brain. Only a week before Alex Kinyua’s case, American Rudy Eugene was shot dead by Miami-Dade police after he reportedly refused to stop eating another man’s face. If it was not so weird it would be funny.

Cannibalism is a universal taboo because it is simply murder dressed in an apron. A look through history reveals that men have eaten men for all sorts of reasons. I grew up with cartoon books that stereotyped Africans as cannibals. I have read eerie historical accounts documented by early explorers of isolated Pacific island savages with unusual culinary tastes. Nonetheless the cannibal tag was used liberally by early European invaders as perfect guise to subjugate (read enlighten) primitive cultures and steal their land. Cannibalism as a last resort to stave off hunger is somewhat explicable. The famous movie Alive tells the story of the survivors of Uruguayan Air Force Flight 571, who had to eat their dead colleagues to stay alive.

Ritualistic murders for occult purposes that visited people suffering albinism in Tanzania whose body parts were in high demand at one point, were shocking but in keeping with the logic of demonic witchcraft practices. Even when heavyweight boxer, Mike Tyson, bite into Evander Holyfield’s ear, most observers concluded that it was because his wife was driving him crazy. So it is the zombie-like apocalypse stories of our modern times that got me cracking my brain for reason.

It is bad enough that as Kenyan, I have to laden yet another stereotype. Now whenever I meet cocky Americans and say “I like sushi” the statement would probably send them racing for the first plane out of the country. Alex Kinyua has basically tainted anyone named Kinyua. Much as Osama is not a name one wants on their passport when applying for a US visa.

Those interviewed for a background research on Kinyua’s past described him as a gentile character. Serial killers have displayed similar multiple personality traits therefore it is not hard imagine that they were fooled by appearances. The Miami Herald reported that Kinyua was serving bail after smashing the face of a random student with a baseball bat wrapped in barbed wire and chains. What manner of rage would drive a man to these extremes? Why didn’t he just grab a gun as disgruntled elements have done in the past to make a point? Another US news source in reference to the face eating incident alluded Rudy Eugene paranormal behaviour to a party drug that induced a craving for human flesh. Given Kenyans porous borders as far drug trafficking goes, I am scared silly.

Perhaps we are witnessing the telling effects of a dehumanizing economic system eating into society’s core and churning out zombies. Either way, I am eager to hear resident psychologist Dr. Frank Njenga’s take on this. Fortunately though, I will be able to sleep well at night because cannibals are less of a danger to our society than corrupt politicians.