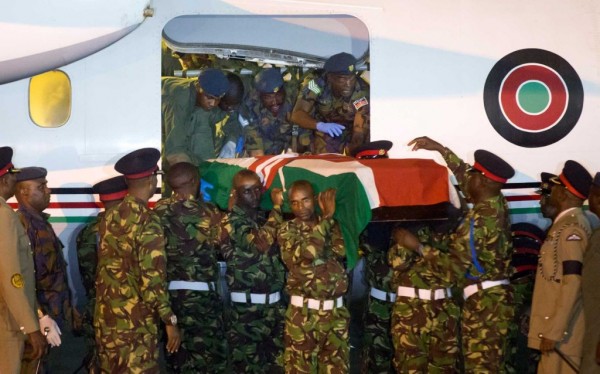 On a drive back to Nairobi from Kisumu, I stopped in Nakuru to catch up with an old friend over lunch. Sunny was a Nakuru boy who had taken up the very healthy habit of avid reading, mostly around historical subjects and excitedly shared his latest reads. Most of what he had to say felt like a crash course on European history during the 1st and 2nd World Wars. The better part flew over my head but I had some grasp on Nazi Germany and the rise of the Third Reich due to the attention paid to that period in cinema. Sunny was astounded by the tyranny of Adolf Hitler’s reign during the Third Reich (1933-1945) and how ugly it got for the civilian population. “People were stripped of their decency, even clothes, Man! How quickly we forget!” It was a statement that demanded a moment of silence. After a long drawn out sigh, he added, “My mother says, we are lucky to be a generation that did not have to live through a war”.

Only a mother would understand the tormenting fear that shadows the departure of sons sent off to war and not wish it on another. When the higher ups decide that the battle has to be fought, some mothers have no choice but to give their sons up for war. My grandfathers’ generation came of age in British East Africa and their lives were disrupted by foreign wars. From their ranks, battalions of young men were shipped from Kenya to the Asian jungles in Burma to fight for the British crown in the 40s. They comprised the forgotten heroes from Kings African Rifle brigade, the 11th East African division who played a small but significant role in driving the Japanese invasion out of Burma and helped Britain regain control of its colony and dominion over the Burmese.

Many did not return after the end of war in 1945 but their families kept their memories alive by passing the names on to the next generation. One war veteran named Omanje, from my little village out in Gem, Siaya County, who lived to see the 80s, participated in the action in Burma. Villagers describe an eccentric character who built a famous rickety wooden bridge across the rapids of river Yala. It was a personal bridge and he charged people to use it. I never heard anyone refer to him as a war hero. He just a short tempered old man who smoked too much pot and fought in a big war with wazungus, a long time ago, in a country that nobody knew anything about.

Soldiers are often heroes only in death. It is a recurring story of men who put their lives on the line for country. Forgotten heroes, only brought to our attention to remind us of the privilege of having another man fight to preserve one’s right to a peaceful night sleep. In death, they are accorded the dignity of a military funeral complete with a draped flag. Young widows urged to hold back their tears for there is no greater honour than dying for your country on the battlefield. Every soldier is a mother’s son and I empathise with Kenyan mothers agonising over the fate of their sons in the aftermath of the devastating Al Shabaab attack on a KDF battalion at El Adde inside Somalia.

This level of distress has been a constant for Kenyan mothers since our troops crossed into Somalia in 2011 under President Kibaki in a military campaign dubbed “Linda Nchi”. Five years on, the carnage has been relentless and the body count piles up. Innocent shoppers at Westgate to hapless students at Garissa University and now scaling up to an overrun army camp in Somalia.

The official response has fallen into a cyclic pattern of ceremonial appearances. The breaking news story, headlined by an impassioned speech from the visibly angry Commander in Chief roundly condemning the attackers and promising revenge. Trailed by reports of the military in hot pursuit of the perpetrators with the single mission of hitting them where it hurts. Airforce jets are instructed to launch airstrikes to satiate outraged citizens’ thirst for revenge. Peace mongers are denounced for lack of patriotism and bowing to the pressure of the extremists. Politicians across the board reserve comments on accountability as patriotic fervour rants the air. A week later, the heat cools down and the news cycle returns to the intrigues of the political business.

War on terror coverage has become an occupational hazard in media reportage. The preferred narrative of a cowardly rag tag militia is becoming a difficult sell to a rational thinking public. Given the very real trauma that terrorism has visited on both civilians and military personnel, Kenyans have adopted a deflection strategy. If we pretend it does not exist, it might just go away. It is unpatriotic to apportion blame as a country mourns its fallen heroes and families agonizingly wait for their bodies for burial. The thoughtful things to say is, “Mistakes were made’ and to leave room for speculation.

The truth is the first causality as it becomes highly ambiguous. The default media position is towing the sanctioned script. Crossing the fine line between the truth and Al Shabaab’s propaganda machine is walking into a minefield of consequences. With this information gap, citizens resort to what they know. Slogan chanting and hashtag activism #KDFOurHeroes #SomeonetellAlshabaab. Patriots beat the drums of war from the safety of their storeyed bedrooms desperate for someone to blame for the induced state of helplessness.

It is easier to look the other way and simplify terrorism to religious fanaticism. Easier to feign ignorance as Somalis in Eastleigh endure another round of official profiling and police harassment. Stony silence prevails when collective blame visits Kenyan Muslims every time we have a terrorist attack.

Meanwhile, the grieving mothers, attempt to come to terms with the loss of a son sent off to war patriotically. A mother whose final consolation, is an empty condolence message that reads, “We sorry for your loss but never forget! Your son was a WAR HERO!”