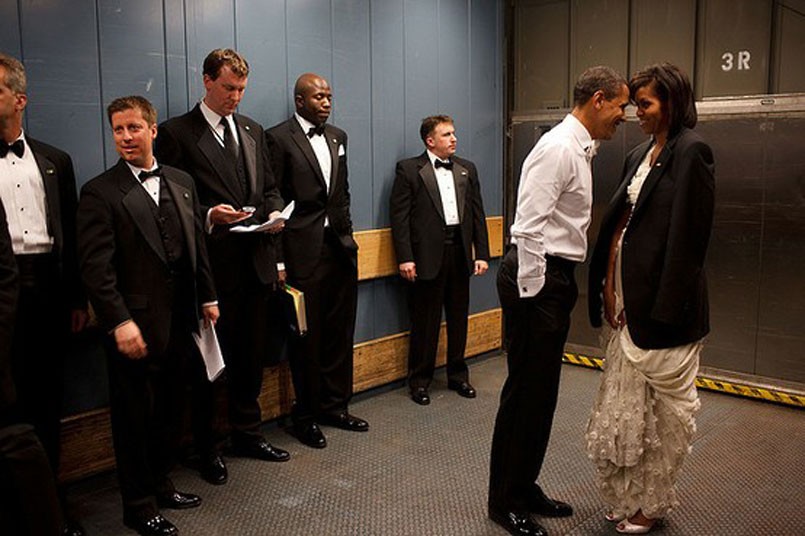 In the self-help book published in 1995 The Rules: Time-tested Secrets for Capturing the Heart of Mr. Right, Ellen Fein and Sherrie Schneider make a bold attempt to list down the secrets to a blissful romantic life. They key to happiness in the Rules collective wisdom is to find Mr. Perfect by solving a puzzle following specific rules.  Fein and Schneider, who in the present day, operate under the banner of ‘dating coaches’ devised a system that a woman should follow to attract and marry the man of her dreams. The underlining premise being playing, “Hard To Get”.

I stepped into the muddy water of committed dating in this era, weaned off happy ending Disney cartoon fairy tales, Sleeping Beauty, Cinderella, Beauty and The Beast, Snow white and the Seven dwarves, that always starred the innocent maiden saved by a gallant knight who overcomes insurmountable evil barriers, to win his princess heart and live happily ever after. 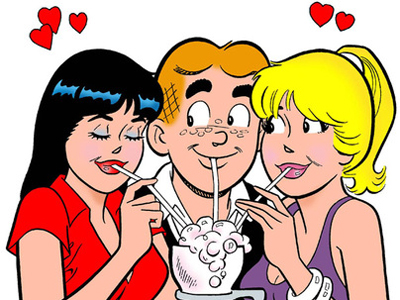 From those early years, my notions of love were crafted, my role as man of the future was to fight the numerous odds that separated me from the woman of my dreams. In my early teenage years, focus shifted to Archie [comics] and his girls, Betty and Veronica the ultimate love triangle. Betty Cooper was the blonde, the sweet girl next door that we looked past to Veronica Lodge, the exotic, sophisticated catch across the tracks.  Betty Cooper was the girl one could take home to meet the parents and eventually lead down the aisle. But it was Veronica we wanted; because she represented all the wild things we could with girls that Betty would never condone. The aspiration in these gullible years was to be cool because girls in high school flocked around cool jocks. I learnt how to say the right things, look the part but lacked the tools to bring the price home.

So I went searching for knowledge that would reduce my ignorance of matters of the heart and stumbled upon the sentimental Mills and Boon/Harlequin series. No man ever admits to reading Mills and Boon because they were too escapist to be taken seriously. However, all the women of were devouring them and the simple strategy to get in ‘her right books’ was mimicking the heroes. That mysterious dark masculine character, both frightening and alluring, who pursued his love relentlessly until she had no recourse but to succumb. 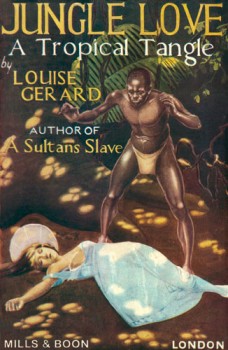 In the impressionable years before sitcoms and soap operas hit Kenyan TV, it was romance novels like Mills and Boon that kept the embers glowing. Mills & Boon novels were to become the source material for my criticism of the romance culture in my later years as a relationship columnist. In them, I traced back the seeds of failed relationships triggered by unrealistic expectations that the battery of love wisdom novels preached.

From the classics depicting love, Romeo and Juliet: Wherefore art thou, Romeo? to Doctor Zhivago’s Boy meets girl. From Pride and Prejudice to Hugo’s Hunchback of Notre Dame. From recent best sellers Men are From Mars, Women From Venus by John Gray to Steve Harvey’s ‘ Act like a Lady, Think like Man, the growing appetite for escapism may have changed from books to cinema and TV but the gender stereotypes remain unshaken. Love is still ensconced in a romantic image. A man must learn the rules and a woman must suffer fools gladly to get to the lover she deserves. Love is a journey through pain and rejection. Women still have to be courted and won over for happiness to reside. It is the recurring script that dominates the airwaves especially in soap operas.

Critics have argued that soap operas are low brow, B-rate and aimed at a bored home-bound woman, lower down the divide, who dreams of a better life. However TV ratings tell a different story. It is obvious that there is a huge audience outside the scorned bored housewife and domestic maid demographic and they all tune in for the escapism that the stories offer. 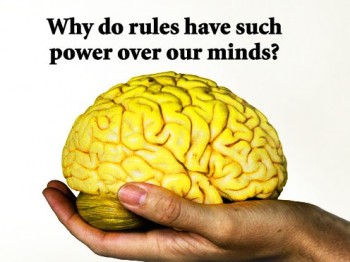 Modern dating as Ellen Fein and Sherrie Schneider figured out is made up of a set of laws of engagement. The chances of success are determined by one’s awareness of the rules. This is why we are constantly updating the rules, buying love guides everywhere but sadly never quite finding the everlasting solution that we seek. The contemporary third world adult with a penchant for Western ideals of love has become a dedicated consumer of the romance industry. Romance is generally structured from a woman’s point of view. Suitors have to woo their chosen lovers with pomp and flourish to beat off the competition. Depending on the kind of girl he desires, his references could stem from instant gratification strategies gleaned from the racy Cosmopolitan magazine to more tactical pursuits using ancient strategy to win feminine attention as captured by Robert Greene’s detailed, Art of Seduction. 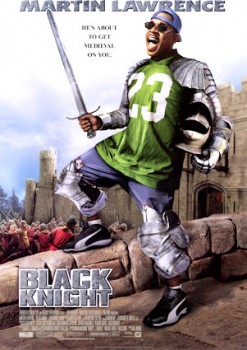 Present day romantic exhibition is stuck in the age of medieval chivalry. The courting rituals have changed but the importance of romantic love remains a central part of successful relationships. During medieval times, the importance of love in a relationship emerged as a reaction to arranged marriages and has worked its way up to a prerequisite in matrimonial decisions. Romance has become an art form practiced by a desirable minority of eligible men who were at one time known as Mr. Right. The outlook may have shifted downwards a notch as the mist of romance clears with age but women continue to have their sights out for a ‘good man’ and the men do all in their means to match the expectation. Invariably, men are also caught up in this matrix forever tormented by the question, ‘What Do Women Want”. The award-winning British political columnist Linda Heard described the frustration aptly, ‘what kind of man do girls really want? A kind, sophisticated, warm, intelligent, artistic, attractive, single millionaire. And where is he to be found? Only in our imagination.

Despite the great strides in female empowerment, mainstream entertainment dances to the tune of the same old love stereotype of a submissive female and dominant male. Men may reject chauvinism, women may hail independence yet time and again, our love lives are lifted line for line from the numerous depiction of the love dance on popular media. That’s why this Valentine’s day, the official day of lovers despite all proclamations to the contrary, gestures of love will be on display and in full swing. The demand for red roses will rise, chocolate will be flying off the shelves and restaurants will be packed with almost scripted couples gazing dreamily at each other. 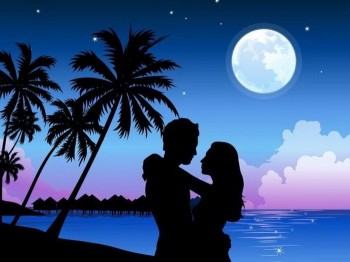 The industry of love must thus be considered from the perspective of function. Demand drives supply and it is obvious that men and women are still preoccupied by the rituals of attracting the opposite sexes. As such the romance industry retains its social significance because finding love is a big ingredient of happiness in modern times.

The 21st century ideals of loving bliss rendered in countless stories since the advent of printed press have shaped our consciousness. And you really can’t blame the present generation for holding on dearly to these notions. The other mundane stuff of lives after the extravagant wedding, the kids, fading looks and middle-aged spreads are carefully brushed off in the craving for romantic bliss and the industry thrives.

Perhaps the cure to this craving lies in science. Love, the most invigorating of human emotions is a conspiracy whose only purpose is to bring and keep us bound together for the purpose of producing offspring to sustain the survival of the human species. Our bodies are evolutionarily programmed to respond to an irresistible cocktail of love potions that keep us fixated on the mating game. The chemical sequence, leads us from lust to romance and finally commitment and marriage. Some scientists have even been bold enough to call ‘Love a trap’. It is the only way to get the ever rampant male to stick around and fulfill his purpose in life; breeding. There is some shades of truth to what Brazilian novelist Paulo Coelho says, “Love is a trap. When it appears, we see only its light, not its shadows”.

To forge an authentic relationship amidst all this romantic hype a change of thinking is required. First and foremost, love has to be an honest expression of our innermost feelings. What we put in, determines what we get out. For love to endure, a couple must go through trials and hardships. In a manner of forging steel, a relationship oscillates between the heat of passion and chilling episodes of conflict to emerge as the unified state of tempered steel. The ingredients of success are not looks and status but shared values, attitude and purpose. Love is as natural as breathing. There are many techniques to that teach us how to breathe correctly but once we grasp the power of breath we come realize that all the answers we seek have always been within us.

6 thoughts on “Looking For Love In All The Wrong Places”