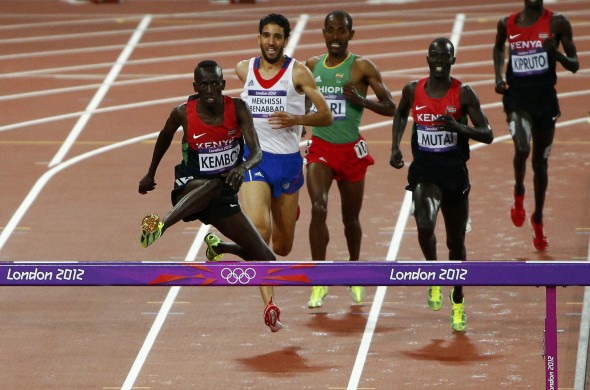 What does a man have to do to get a statue erected in their honour in these parts other than dying first?

This thought occupied my mind after Ezekiel Kemboi’s incredible feat at the World Athletics Championships in Beijing. When a man arrives at the zenith of his career in the manner that Kemboi did, as the greatest steeplechase runner in the world, he deserves a little more appreciation than a horde of traditional dancers at JKIA arrivals, chauffeured limousines, Facebook likes and a gourd of mursik. While international spotlight was on the Usain Bolt who put controversial Justin Gatlin in his place in the 100m, Mo Farah baffling Kenyans and continuing to reign supreme in the 10, 000m and of course King David Rudisha return to form, it was Kemboi who made my day in Beijing.

The 3000m steeplechase is a patented Kenyan event. Not since the West Indies Cricket team glorious era in the 80s led by the great Sir Viv Richards, has a nation so comprehensively dominated a sports discipline. Every Olympic Games since 1968 Kenyans have owned the 3000m steeplechase.

The first Olympics games I ever watched was the 1984 edition in Los Angeles. It was also the first time I had seen my whole family cheer like mad, including my reserved father, as a Kenyan raced for gold.

Kenya had been away from the games for over 12 years, caught in cold war dramas that led to the boycott of the Montreal and Moscow games in 76 and 80 respectively. Back when the enemy of a superpower was everyone’s enemy. Los Angeles was highly anticipated and Kenyan boxers were making a stronger showing than the athletes but my elder brother confidently declared, “At least we can be assured of the steeplechase”. No one outside of Nandi had heard of Julius Korir, the man who brought home Kenya’s sole gold from those games.

In a country that churns out steeplechase champions faster than Kanyari plants miracle seeds, any man who remains dominant in the event approaches the realm of greatness.

Ezekiel Kemboi came to my attention after his gold at the Athens games, introduced as a presidential escort guy who was an Olympic champion and a mate joked that running must be an occupational hazard. I liked him even before he started dancing. Kemboi had great panache, a trait that was lacking among our sports champions. We had an entire cast of world beaters but none espoused the kind of swag and show biz edge that athletics desperately needed. Kipchoge Keino was a diplomat. Paul Tergat the consummate gentleman and Moses Tanui was just a nice guy. However, Kemboi arrived on the scene, as a small guy, packing a big mouth and tenacity to live up to his own hype. 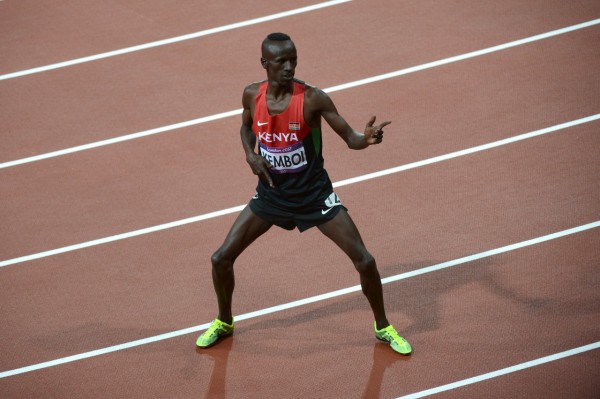 Kemboi is in a special category of men who have won both Olympic and World Golds alongside Reuben Kosgei and Brimin Kipruto but nothing came easy for this track warrior from Kaposowar in Marakwet. Kemboi’s story has all the ingredients of an inspirational movie, from stable to stars, hard work pays and all that mushy motivation stuff that corporates love to bleed.

He hails from a large family, 3rd of 7 children. He did not run in school and was actually a decent DJ at school bashes in Marakwet. He is a protégé of the legendary Moses Kiptanui, the original Kingpin of the steeplechase, 3 time champion and he went on to break his coach’s record.

He is the only athlete to win four successive world championships. In 10 years, he has steadily worked his way out of the shadows to the front row. From 2003 to 2007 he lost to same man, a Kenyan turned Qatari Saif Saeed Shaheen who everyone at home called Steven Cherono. In one race, at the Zürich Golden League meet, Kemboi lost by 0.01 seconds.

In 2008 Beijing Olympics, after running his mouth about never coming back home if he did not defend his gold, he went on to finish in 7th position which is enough to make an Kenyan athlete cower in shame and retreat quietly to a farm to raise cows. In 2009, he came back to win his first world championship medal and then it was fire from then on. Steeple Chase Champ in 2009, 2011, 2013, 2015 and Silver Medalist 2003, 2005, 2007. Two Olympics gold medals, four world titles, three Worlds silver and a Commonwealth crown!!! At 33, Kemboi is ancient for the sport competing against men 10 years younger than him.

This feat is surely the epitome Kenyan masculinity and if Kemboi is not declared a sex symbol then I do not simply understand what our issues are. He has everything that Bolt has including a more original hairstyle and a dance move that reduces Bolt lightning pose to a bad attempt at the 70s disco cool.

What does a man have to do to get a statute erected in their honour in these parts other than dying first?

11 thoughts on “Lets Name A Street After Ezekiel Kemboi”