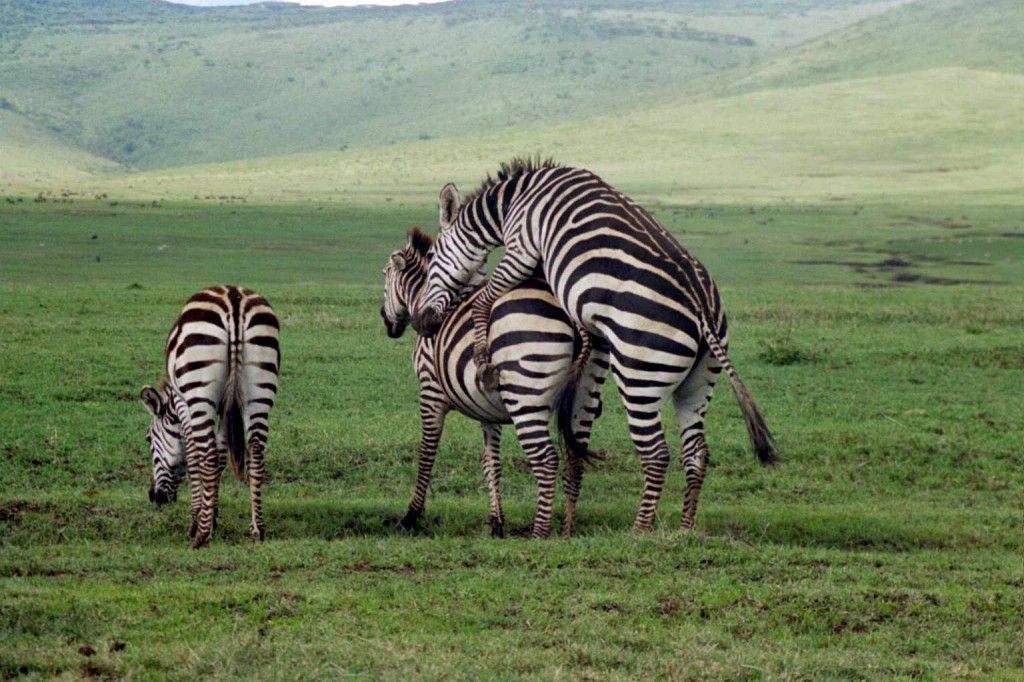 By age eight, they have already learnt that sex is one of those sports that nobody admits they are into. Status now has little to do with how fast you can ride a bike downhill or how many tadpoles you own.

Adolescence is an interesting time because all teenagers think they have it all figured out. The teenager has difficulty connecting his actions with the oncoming consequences. I will give you an example. I love jogging in Nairobi’s Arboretum mostly for the ambiance created by trees and the off chance of meeting a female jogger tying her shoelaces. On this particular day, I decided to go for an early evening jog.

I am a bit of a rat, metaphorically speaking, when on the run, always looking for new trails (panya routes) to break the monotony of a continuously circuit jog. Craving for adventure, I turned down an overgrown path with overt signs of disuse quite intent on getting lost. Losing your bearings in a park is a perfect strategy for running the much talked about extra mile as you try to figure your way back to familiarity. My pace had slowed down to a trot. Trees in a cluster can have an overbearing influence almost condescending, in demanding acknowledgement.  I was lost in a moment of Utopian green peace until these two teenagers crudely snapped me back to reality.

There were in what we newspaper people refer to as ‘uncompromising position’. My pace became hesitant. I stared, remembering to keep my mouth closed as I painted a feigned picture of disbelief on my face. The boy was on top with his clothes still on and the girl had her knees sticking out from his sides. I could see neither of their faces from where I was standing. The young man was so clumsy; I left like stopping to give directions but I doubted my intrusion would be welcome. I could see them quite clearly. Their chosen spot for copulation was in full view from the path.

I contemplated a few things as I drew alongside them. Should I take the law into my own hands by executing a citizen’s arrest and frog march the pair to the nearest police station with their clothes in their hands escorted by a swelling jeering mob? How about, asking them to stop briefly for a friendly word from a wandering jogger which would be a perfect opportunity to deliver a disturbing speech on the necessity of safe sex as well as pointing out the many risks associated with outdoor sex such as crawling red ants and unreasonable watchmen. They remained very still obviously aware of my presence but they did not look up to confirm the source of the disturbance. It quickly occurred to me that it was their own juvenile way of saying, “Bugger off and mind your own business” and that was exactly what I did. I continued jogging without so much as a second glance. Nothing has changed.

Green lodgings still remain popular venues for desecration. It appears that the bush has retained the same allure of the old. When I came back along the same path, not for a second viewing but frankly because I was lost, they were gone. It was certainly a very brief encounter. I pictured the young man spewing an exaggerated story about how well he had ‘scored’ to his buddies who must have been kicking themselves in the shin for having not thought outdoors. (If you are a park attendant in this country, do your rounds).

I would love to act with shock and disbelief followed by wholesome condemnation of anyone who may be called a teenager and probably throw in an old time favourite, “The children of today are so spoilt”. When kids do not even have the sense to hide themselves properly to copulate, it occurs to you that they may be totally unaware of the consequences. Quite clearly they have no idea how difficult it is outpacing a simi-wielding watchman cursing in his mother tongue with your trousers around your ankles.

In our days, we exercised discretion because we understood the consequences. Playing with girls could have you ostracized socially. I feel sorry for the present day teenagers. You have television urging you on, irresponsible adults giving you leeway, growing peer pressure and ambiguous safe sex messages that can be very confusing after a few mini sachets of alcohol.

When adults talk to teenagers about sex, we always assume that they are not in the know. How naïve? Have you watched 10 year olds get down at a Fanta and biscuits birthday party? The little girls will be gyrating to the music Channel O style and the boys would most likely be shouting, “50 cent!” and trust me, they are not referring to some now almost worthless coin. We totally underestimate the influence that a bullet-wound tattooed ex con can have on our kids.  By age eight, they already learnt that sex is one of those sports that nobody admits they are into.  From a world filled with sparkling water and cartoon characters, they are suddenly beset by hormonal changes that make them see the world in a different light. Status now has little to do with how fast you can ride a bike downhill or how many tadpoles you own.

When teenagers look out for guidance, they do not get it at home. Parents turn to denial when the word sex is mentioned. In school, they don’t get much either especially not when teachers still insist on using the butterfly metamorphosis example to illustrate the changes in human sexuality.

So they ape, imitate and experiment and the end result is joggers tumbling on youngsters making out in the bushes. Your kids are just a reflection of who you are. If you don’t teach them better, how do you expect them to know better?