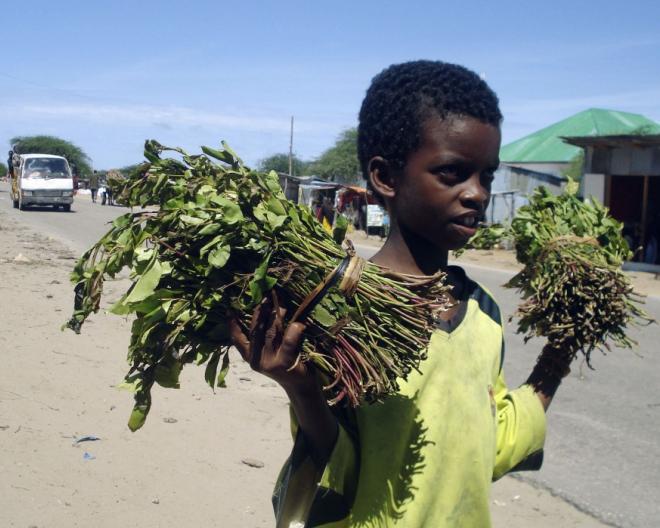 The first time, I went to Tanzania in the late 90s, I was really surprised to learn that miraa was classified as an illegal drug. I recall my Tanzanians mates looking at me wide eyed when I told them that one could pick up a bunch at any busy bus park and chew their way to euphoria in broad daylight. All you had to look out for was a banana leaf hanging outside a kiosk to source a bunch of fresh twigs from Nyambene hills, which incidentally experts say is the best quality miraa, (wait for this) in the world!

So it might come as a surprise to a lot of Kenyans that miraa, which is commonly referred to as khat by Western press is illegal in most European countries, USA, Canada and a controlled substance in the UK. Its usage has gotten so dangerous that the Dutch government recently banned miraa exports to the Netherlands triggering an impending ban from other European countries that could have serious economic repercussions and the loss of thousands jobs in the miraa supply chain.

As Kenyan will attest, miraa is not a serious drug as far as hard narcotics go. The health consequences of tobacco and alcohol are more deadly but since miraa is not controlled by big biz corporations, it continues to be portrayed as a low cadre intoxicant that is preferred by truck drivers who need to stay awake on long cross country drives. In the league of clean highs, miraa is easily the healthiest high in the market known for its organic properties and no pesticides are used in its production. In some parts, it even grows wild. It has to be consumed fresh because it has a 48 hour potency window, a kind of a self destruct expiry date after which it is only good for a compost pit.

The reason miraa has not hit endemic levels in Kenya is because it is such a laborious way to get high. It is generally associated with people who have lots of free time to burn and the patience to spend a few hours chewing their way to momentary bliss. Interestingly, despite its widespread availability, we rarely hear of miraa crazed users being a nuisance. They might appear spaced out and idle but for the most part the only drawback of hard users is their fondness for long and tall tales, bad dental hygiene and idleness. The common culprits are long distance truckers, watchmen and rugged reggae fans pulling all nighters.

However, for all its negatives as one would expect of intoxicants, miraa is undeniably a cultural symbol and an important social ritual to millions of people in Africa and the Middle East as is a cup of coffee in the morning in the Western world. Therefore, the horrors currently associated with the use of miraa are taken out of context.

The big pink elephant in the room are the social-economic and in some cases genetic factors that lead to substance abuse. A ban only aggravates the problem and spawns desperate addicts and vicious cartels. Obviously the Dutch authorities, who ironically are known for their liberal drug use policies are suffering from a bad case of xenophobia.

The Somali community abroad who this ban directly targets is unfairly stereotyped. I suppose in that part of the world, a group of men walking the streets with twigs sticking out their mouths and bulging cheeks must be viewed as threatening.

Effectively the consequence of the ban other than shattering the economy of Meru County, is to push what was a mild narcotic underground into the strangle hold control of organized criminal gangs setting off a worldwide ring of hardcore miraa cartels and that won’t be a pretty picture.

In other news making headlines…

MARTHA KARUA IS MERELY A MILLIONAIRE! 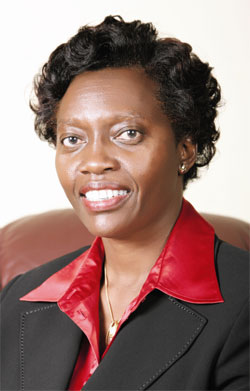 I had no idea the Iron Lady Martha Karua was that hard up. When she proudly declared her wealth at a highly publicized event, a few liberal observers might have been impressed by her frankness but I can guarantee you that most cash strapped Kenyans probably thought she was too broke to be gunning for national leadership. Ranked against Kenya’s dollar millionaires, she pales badly. In big league Kenyan politics, 56 million Kshs is peanuts the kind of money that won’t even get you a used chopper.

We live in a country where the divide between the haves and have-nots is so wide, it would be more appropriate to call it the great rift. There are individuals in this country that need a booklet to capture what they own. If they ever went public with a figure like 56 million it would damage their social standing to the extent that they would be too embarrassed to show face in certain high brow circles. Yet on the other side of the great rift, where we have no illusions about wealth, one million Kenyan shillings is kind of money we can only hope to acquire through a lottery.  The average stable Kenyan’s most valuable possession is a car, possibly a house that is about to be repossessed by the bank or town council for outstanding land rate debt . If some of us were asked to declare our wealth, we would be forced to state it in Zim dollars to post a respectable figure.

The citizens of this country have developed a healthy suspicion of financially modest politicians. We prefer our leaders to have the kind of money that would make an Oil Sheikh blush. If you are within comparison range which in this country must be a gross worth of under 100 million, you are not to be taken seriously.