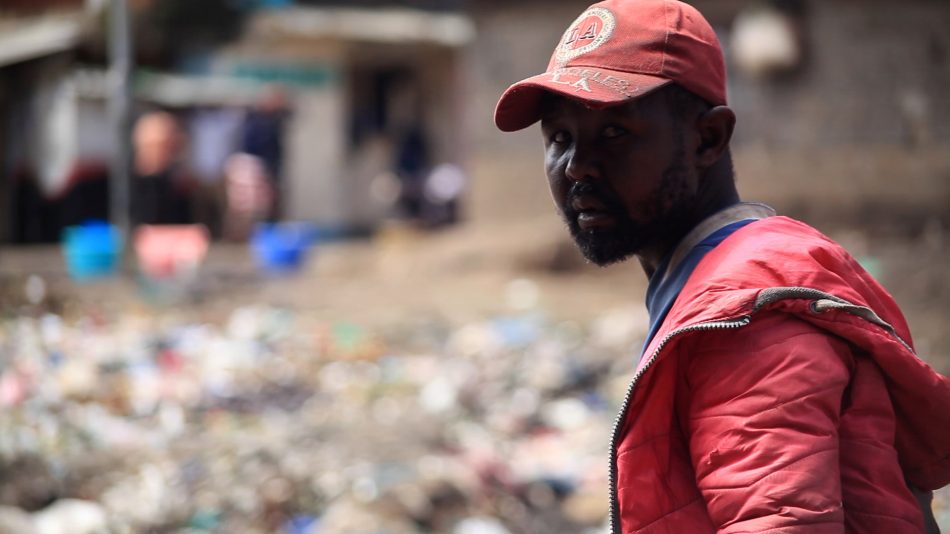 Turu, Professor, Henry, was a short man who assumed a slump posture when he walked, dragging his feet. He always had a cap on his head, never quite remember seeing his hair. His slant eyes lit up when he smiled, he slurred in speech and he had this laugh that picked up momentum like the motor of a nduthi, from a series of chuckles into a fit of giggles. He was a brilliant mind, a man who couldn’t catch a break and fate dealt him a heavy hand.

When I got involved with social justice work in Mathare around 2017 and helped found the Mathare Green Movement, an ecological justice community based organisation, Ekal was one of the first people to introduce me to the underbelly of Mathare. This was during the post election season and Mathare had endured one of its worst election violence episodes. Through contacts at Mathare Social Justice Centre ( MSJC), Gacheke Gachihi and Wangui Kamari, I was invited to lend my journalistic skills to the efforts of social justice work.

I was astounded by own ignorance of the other Nairobi and in series of conversations with MSJC members, the idea of trees, as a symbol of resistance and justice was born. Great ideas are plenty but the work required to bring them to fruit takes a level of commitment that Ekal epitomised. Most members of the Green movement were under 25 and Ekal was one of the few older members. He called me agemate. All the work was volunteer based and there was clarity from the beginning of the effort that the fruits of our labour, were part of a generational commitment, to teach the young men of Mathare, the dignity of community service and to create safe spaces in a violent slum ecology.

Every Saturday, for two years, we would gather at a neglected site in Mathare, littered with garbage and begin the ecological rehabilitation work of converting them into public green spaces. Today, Mathare is dotted with many green public spaces thanks to commitment of the young men and women of the Mathare Green Movement.

Ekal planted many of those trees that symbolically represent the collective wish for a regeneration, a flourishing of life in place where it is not respected and importantly to serve as public memorial sites, for all the young men who had been victims of police killings. That they may not be reduced to the stereotype of criminality that accompanies police killings.

We became easy friends because we understood that we were simply men, trying to do better. Ekal was lost and found in Mathare. He came from Loki in Turkana to Nairobi, in search of opportunity, separated from family. He was a pastoralist in spirit, a wanderer who found his home in Mathare and he became part of its diverse diaspora, never quite securing the means to remain connected to his family in Turkana.

He told me about his ex-girlfriend and of a daughter who was probably about 12 at the time. He wrote a story about his quest to locate her, somewhere in Nakuru where he was told the family lived. Ekal would ask me to edit his stories because all he wanted to do was to write about the reality of life in Mathare. On the weekends, he would share handwritten drafts of his stories and we would arrange for them to be typed and printed.

He wrote about ecological justice issues, and how environmental issues in the slums should be supported by government agencies. He knew all the intergovernmental agencies that supported environmental causes and always challenged me during reflective sessions after the work, to be more proactive in my networking. He was a big proponent of the concept of Mathare Futurism, the audacious resolve, that the youth of Mathare could craft a different future, away from the predestined life of hardship and despondency.

Naturally, you could not tell all this at first glance. Ekal was someone you had to get to know. He used to being invisible, even though he one of the most well known people I met in Mabatini and Mlango Kubwa wards of Mathare. He struggled with alcoholism and depression and the opportunistic diseases that plagued his worn out body. He had self destructive habits that stifled his potential. Ultimately, a small circle of friends tried in their little ways to keep him on the straight and failed.

Ekal, like many men in Mathare was simply broken and forgotten by a system that negates his existence. He fought for Mathare, for social justice, for human dignity. He spoke boldly about what was wrong with the system, criticised even his own colleagues when they were being insincere and refused to just be content with his station in life. His biggest dreams were reserved for the service of others, his lost daughter, the people of Mathare, the pastoralists and for his country.

He was a constant presence in social justice protests in the country for over a decade. The work that was started in Mathare in quest for ecological justice would never have been possible without the spirit and presence of Henry Ekal.

I celebrate his life and his contribution. May the trees he planted flourish and may they continue to remind us that transformative change is slow but we must never lose hope. Whether we acknowledge it or not, in our life journeys, we rest under the shades of trees planted by those who went before us. I know a tree will be planted in Mathare in memory of Henry Ekal.

May those who sit under its shade, be inspired by the evergreen spirit of Henry Ekal.