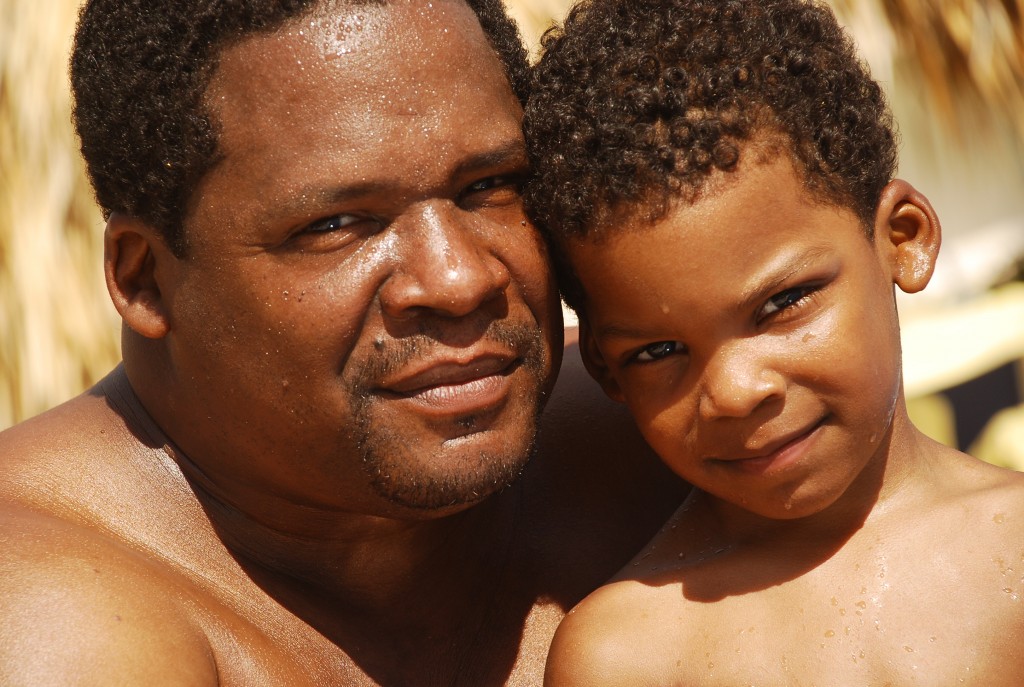 A local radio station Capital FM, carried out an interesting social experiment. They gathered a group of young men in their 20s and early 30s and asked each one to call their fathers and utter three dreaded words in Mars, “I love you”. The anxiety expressed was real. Where does one start? How to broach the subject? “The old man will think I have lost the plot or thoroughly high on something herbal?”

Eventually after some relentless pressure, the guys each called their fathers in turn. They mostly started by beating about the bush with windy salutations before blurting out the words like a bashful teenagers stuck in a lift with an older crush, “Dad…some guys told me to tell you, I love you”.  The reactions of the fathers on the other end of the line was positive is not somewhat surprised as if to say, “What the hell?” Nonetheless, they were very receptive and the gratitude was expressed all around. The initial fears expressed appeared unwarranted.

So, why don’t Kenyan men tell their dads that they love them more often? Probably because we believe our fathers would not appreciate that level of validation? Try making a habit of calling your 60 plus old man every so often to tell him how much you love him and he will politely ask you to contain yourself.  If you really must appreciate his efforts in bringing you up, then make something of out of your life and give him something to brag about amongst his peers. If the same experiment was carried out between mothers and sons, the response would have been quick and swift. But “I love you dad” does not roll off the tongue that easy.  I suppose it is a cultural specific thing. The phrase “I love you” in the conservative African mindset has a very precise context. That is a western romantic notion that usually reserved for gooey eyed lovers. Love like sex has a certain level of sacredness in the traditional African homestead. These are not things to be discussed in public surely!

It does not mean that you do not love your dad because one does not show eagerness to give him a bear hug every time he appears. Out in Kenyan mano-sphere, there is a different language of love. Those who know do not need to tell. Actions have always spoken louder than words. For some people receiving gifts is what makes them appreciated. A bottle of top shelf whisky is a very loving gesture. For others, it is just quality time, shooting the breeze, dissecting politics and roasting meat. A man from an early age is socialized to show, rather than tell. Hence, male courtship is all about grand gestures and the very reason diamonds stand preeminent. Nothing says “I love you” like a big shiny and pricey rock. It is also the reason men break their backs to be seen as able providers. Loving fathers in Kenya are those who pay bills.

Culturally, daddies were always placed on a pedestal but they had to earn their respect. I was socialized to never bother trying to understand my dads’ motivation for anything. It was not my place to figure him out. One learnt to accept him for who he was and if you did not like his style, then wait until you could start your own family. Indeed, we never understand the love of a parent until we become parents ourselves.

Ultimately, all that good fathers’ desire, is to make their children better versions of themselves. My father wished I could follow his advice but I ended up following his examples.

3 thoughts on “I Love You Dad”