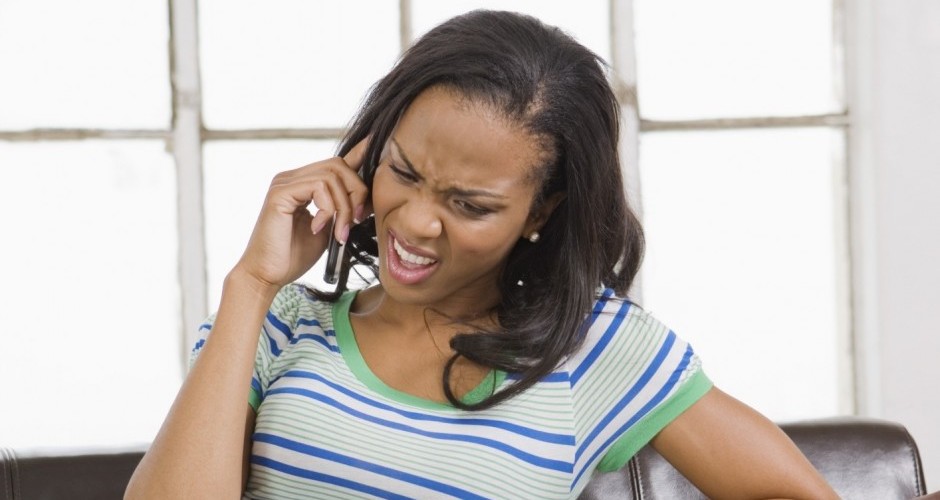 What you say can and will be used against you. It isn’t just a fancy line from a cop flick anymore. Say the wrong thing at the right time and you walk into a weird situation with your eyes wide open. I stand accused not because I did something unforgivable like sleeping with another woman neither do I have four kids from another marriage.

If anything, I find it extremely odd that a woman I had known for hardly a month and only just recently spent a night with would totally flip just because I did not call the morning after a shag. A man and woman share a fun evening together and the woman decides, “That’s the kind of chemistry, I need in my life”. She will wake up the next day all giggly and glowing and you had better have called before lunch to say something sweet. Relationships experts will repeatedly remind you that boys are different from girls therefore you mustn’t hurt girls. Which then means you mustn’t trust boys because one day when the boy and girl are all grown up, the big girl will say to big boy; How could you hurt me like this? I trusted you.

Why is it so important that you call within the 12 hours of your last meeting? Granted, I promised to call, but things do get in the way and before I knew it, two days were gone. I did eventually call which doesn’t mean I can’t be trusted. I was going to call after the Man United game but I forgot. The most I was going to say anyway was “ Thanks girl, how about the same time next Friday”. I am quite sure that is not what she wanted to hear. I am not suggesting that you should never pick up the phone. All I inquire is why the mad dash?  Give yourself at least 24 hours of freedom before you get wrapped in the guilt feelings. Once you call you back, they will be expectations and talk of a programmed future. If you are going make such a radical change in your life, you need time to think through the implications.

When you are in doubt, don’t call. You are better off saying, “ I run out of credit. I am in Suguta valley, Please call me”. That gives you time to ask a lady friend what you did wrong as you prepare your defense.

You will make many phone calls in your lifetime, but always spare some thought before you call the morning after sex. Women attach extreme value to that particular phone call.  It means you care and you are thinking about her. Next thing she has her ‘best friend’ on the line, “Guess what? I met someone and he has potential”.  When a man promises to call and he doesn’t call, it obviously for a number of reasons, like the need to earn a living or the basic fact that sometimes girls aren’t that pleasant a sight in the morning now that the lust has cleared. Rarely do the boys understand the repercussions of that thoughtless action.

Women love to talk about romantic encounters or why else would they remember the ‘first time’. More probable than not she would have already started to complain to her friend before the next day’s evening and you will find them at the fancy restaurant having coffee and more black forest cake. “What does this mean? Why hasn’t he called? Is he married?” A woman will get even more irritated if she actually fancied you.

If man says he will call and doesn’t, it simply means he not that into you. Just in the same way, if a woman promises to call and fails to, it is probably because she has sobered up and now knows better. The thing is, if a woman promises to call and doesn’t, the man will probably just pick up the phone and call her himself and he certainly won’t call to his mates to figure out the problem. In fact if he tried, his buddies would probably tell him to get a life or a beer. Nobody will try to work out what the problem is nor will anyone suggest the need for comfort food.

The fat question at this point is why the woman never take the responsibility to make the first call. Is airtime really that expensive? This is yet another clear example of reverse sexism. Morning after drama is a female malady that normally affects women who choose to associate kundalini-rising action with love.  Besides, it was only one night. How about a couple of months before you jump to conclusions because as romantic as love found after the first night may sound, it isn’t always sensible especially when there was alcohol involved? If anything, if a man takes you through the standard date routine, fills up your stomach with fancy food, buys the wine, puts on the right music, remembers to light the candle and actually makes a good account of himself between the sheets, a little appreciation like a thank you phone call in the morning isn’t too much to ask.

However, the unspoken rule is if a man has sex with a woman he owes her and the least he could do is call. The assumption is that you harbor the same intense feelings and the heady urge to say something soapy. That’s unnecessary pressure. If a man wants to call, he should on his own volition.

It takes two to tango, so if you had a good time, pick up the phone and say so. It won’t make you look cheap and the man will certainly feel appreciated. As for the boys, never underestimate the power of a phone made promptly the morning after.

23 thoughts on “I Forgot To Call The Morning After, Now She Is Mad”