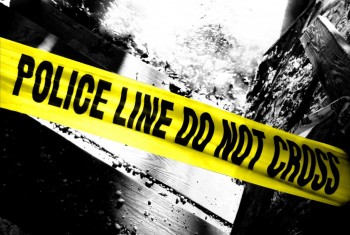 We live in such sophisticated times. I can locate my grandmother’s chicken shed in rural Siaya on Google maps. I could even tell if some extraterrestrial beings decided to cut a neat crop circle in my maize field, stuck in traffic 400 kms away using my smart phone. We live in the Orwellian Big Brother age of constant surveillance. Governments and their agencies possess the cyber tools to investigate cyber crimes and law enforcers can monitor international terrorists remotely. My email can be hacked into and all suspect correspondence revealed.

Cell phone companies can track all my phone conversations and concerned agencies’ would flag me if I started sending inciting hate messages. My phone company can switch off my phone, block a line and do whatever they deem necessary when they perceive a threat. These are the times of drone surveillance that smoked Al Qaeda renegades out of their secure caves. Where a microscopic piece of cloth fibre is all forensic scientists need to solve a crime. CCTV cameras have become a necessary evil and metal detectors are a standard inspection procedure in major public facilities.

Despite all these signs of technological advancement, I often have to remind myself that Kenya is a land of contrasts. This is the same country where you can make off with 500 head of cattle across an open plain with hundreds of witnesses watching and disappear without a trace. A militia of a hundred men can rain havoc across rural villages in broad daylight and just melt away like a mirage. With a simple stroke of a pen, a billion shillings can varnish and the most anyone will ever reach with the investigation is speculation.

Therefore, this could be the only plausible explanation as to  how a group going by the title Mungiki Veterans Group aka Kenya Sovereignty Defence Squad, can send a letter to the Chief Justice Willy Mutunga, threatening the entire judiciary with dire consequences and one week later, all we hear is blame shifting and shadowy suspects. One would expect preliminary investigations to reveal the exact identity of the Mungiki veterans Group or the Kenya sovereignty Defence Squad. Are they are splinter cell of the dreaded Mungiki? Did they send a secret video of their leader dictating the warning? Was the letter typed in a remote cave and attached to a pigeon’s foot?

A public stunt like a poison pen letter should a leave a stinking trail from here to the sender. Yet, we still have to wait twiddling our thumbs for a high level investigations that will promise to leave no stone unturned and if we, so much as blink, a committee will be constituted to look into this ‘sensitive matter touching on national security’. The Kenyan government launches investigations for sport and it is ok to be pessimist because nothing ever gets solved. In fact the term ‘investigate’ has become some euphemism for ‘why bother!’ An investigation in this country only moves one further away from the truth and the findings are best left unknown. In most of the developed world, to investigate means to unearth and find meaning to something you do not know or to understand and solve a puzzle. In Kenya it simply means to cover the truth by throwing a spanner into the works.

4 thoughts on “How To Investigate Nothing And Appear Serious”