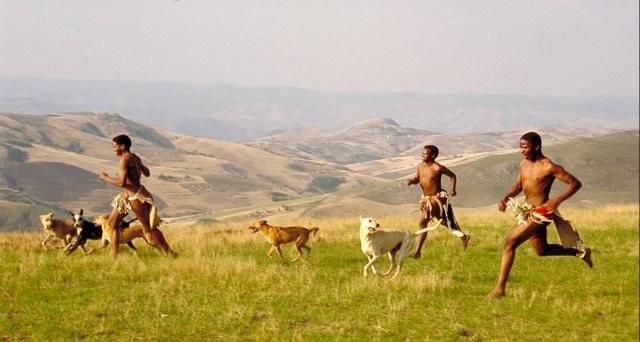 There is an enduring myth amongst country folk that game meat tastes better than that of farm bred animals. Very few people have any idea of what the comparative differences are but it does not stop them from offering an opinion. Presently outside the game parks very few edible animal species exist and that seems to have heightened the local craving for game meat. On the few occasions when some wild animal strays into human settlement, mobs of people come out for the kill and a share of the exotic meat. Outside of a game reserve, only the elusive animal can survive.

Granted, farming has taken up habitats that recently belonged to the animals yet we do little to acknowledge the ones that still live with amongst us. Currently we all observe the night versus daylight roaming rights that govern the conflict engagement. We humans walk around during the day and animals only come out at night. If we meet too bad! one of us has to go. This mindset unfortunately typifies the average Kenyan so it no surprise that despite all the demarcation and gentrification of farmlands there still exists a trend of hunting.

The bow and arrow, marauder hunter types are alive and well. There is a group from a neighboring county(over 10km away) who occasionally shore up to the wooded edges of my farm chasing wild game. Usually they are a gang of disheveled men with dogs strapped in harnesses. They appear in the drier seasons, armed, with spears and pangas and each one spots a bag that is slung over one shoulder and tucks below the armpit hanging slightly above the waist.

Farmers living along these hunters path get territorial when they encroach our spaces. I have developed a very protective instinct for wild animals in my area. Kenya Wildlife Services can only do so much so I have become a self appointed citizen ranger. If you kill wild game in these parts I consider it poaching and certainly not on my watch. I feel obligated because in reality, natural life has being under constant assault. While wild game can certainly inflict damage human infringement of animal spaces is what aggravates the conflict.

In the Yala Valley in Siaya County, the lush bush lands harbor the regions last traces of wild game. The humongous pythons that occasionally prey on dogs abide, monitor lizards that are now raiding our fish ponds, the mongoose that love our chickens and the elusive bucks that feed on your bean pods in the dark. It is the tasty but the elusive mwanda Yala antelope ( its what I call an antelope that hangs around river Yala) that draws the hunters into our zone. I marvel at how these antelopes survive as an isolated colony in a settled area where smallholdings lined with barbed wire dot the valley are.

I have sighted the antelopes a few times, always solo, darting out of sight, never the kind to get caught in the headlights. Credible sources have claimed that they are capable of crossing the raging waters of the Yala River. They roam the entire village, outwitting dogs and man and they have survived by staying out of sight.

I consider them a village heritage and get rather touchy when marauders attempt to cut through my farm, flattening my crop, in hot pursuit of an antelope brandishing spears and pangas, screaming as an agitated pack of scrawny yelping dogs race ahead. I have developed deep admiration for the surviving game in these rural parts and how they have lived through the waves of steady human encroachment.

The distinctive difference between farmers and hunters lies in this mentality. In the hunter mentality, they get energy off the hunt, a remnant of an ancient manly ritual. They live for the kill and travel far to run wild hoping to bag one. Farmers protect, observe and nurture while begrudgingly sharing space. However, after interaction with a few wild species one learns to leaves them alone for in the perennial cycle of the survival of the fittest, they are the hunted. The animals were here long before us. We have to learn to give them space and live with them.