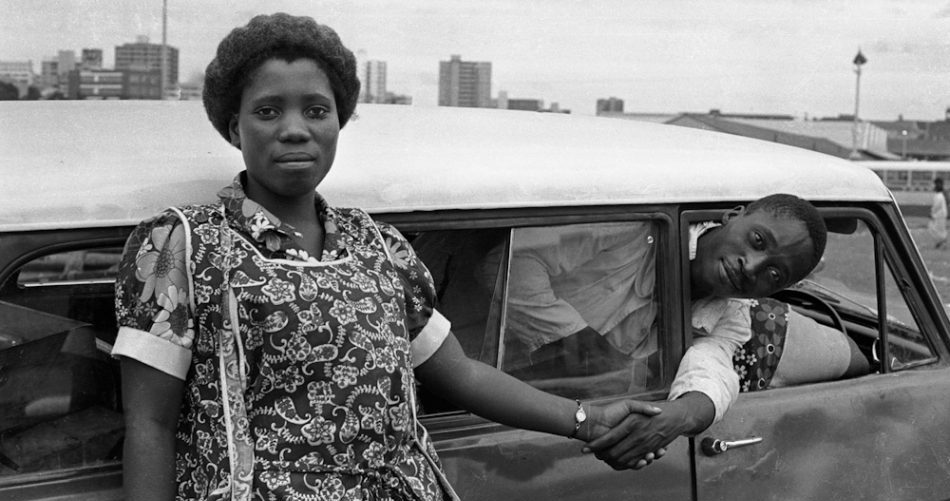 With all the drama that has dogged the Kenyan education sector, it is hard to imagine what schooling was like in the 70s. Our nostalgic correspondent Ochieng Kochidi, takes a trip down memory lane to a different era when students used fountain pens.

One of the things that I remember quite clearly is the textbooks issued in school. Yes, you heard me right! Textbooks and even notebooks (we called them exercise books) were issued free to students in primary schools all over the country regardless of which school you attended.

In 1972, the Government had established the Kenya School Equipment Scheme, which was charged with the procurement and distribution of textbooks and exercise books to students all over the country.  I distinctly remember those exercise books with the words “Kenya School Equipment Scheme” (KSES) emblazoned on the covers. The KSES made a big difference because parents especially those of humble means were relieved of the tremendous burden of buying textbooks. It also meant that classes could be conducted smoothly since every student had the necessary books to learn. The textbooks were normally turned in at the end of the class and returned to the teacher for safekeeping. But as one progressed to the higher grades like standard five and above, it was not uncommon for the students to be allowed to keep the textbooks for the entire term. Unfortunately the KSES stopped providing textbooks and notebooks in 1988. It is rumored that KSES was a casualty of the IMF structural adjustment programs that were being implemented at the time.

School uniforms were compulsory and were often a source of pride for students. Most uniforms consisted of shorts and shirt for boys while girls wore tunics with blouses or dresses. Some of the more expensive private schools wore ties as part of the uniform. Long socks (stockings) were common. Some of the schools even had blazers which were often worn intermittently with uniform sweaters. If you were in the higher grades, you were sometimes allowed to wear long pants (trousers).

The uniforms fostered a great sense of camaraderie and unity among the students. The only way you could tell who came from a well off family was by looking at the footwear they had. Most students wore the “Bata” brand of shoes which were fairly utilitarian basic shoes. If your parents had money, however you bought the “Tiger” brand which was more fashionable. Shoes had to be polished every day and every student had a tin of “Kiwi” or “Nugget” brand shoe polish at home. Polishing your shoes and ironing your uniform were some of the first skills that every school boy or girl learned to do independently.

Those same uniforms were washed by hand for the most part.  The detergent of choice was “Omo” which lathered well in either cold or hot water. You could buy Omo by the sachet or by the box, and it was the undisputed number one laundry detergent in the country. There was a competitor named “Surf” that did not do as well. You see “Surf” was white in color and in the eyes of many; a good detergent did not start out white, because King Omo was blue. If your uniforms were white in color, many mothers believed in using a product called “azure blue” or simply “blue” to whiten the clothing. I never really understood the science behind the mysterious “blue”. It was a small dark blue tablet that was dissolved in water along with the laundry and supposedly possessed mythical whitening ability. Many mothers swore by the product and would use it religiously every month or so to keep those uniforms looking crisp and white.

For those who could not afford “Omo”, there was always the traditional bar soap which did the job just as well. Bar soap (sabuni ya mti) was cheap, economical and multi purposed. Bar soap could also be used as a personal soap as well as laundry soap.  You could even do your dishes with it! It was sold in long bars and had convenient indentations on it which allowed you to break it off into even smaller pieces. Bar soap lasted quite a while and came in different colors with the most common being a dark shade of brown. Bar soap could last a long time and would often be used until only a small piece was left.

Most classrooms were equipped with desks. These were the traditional desks which had a compartment that you could open up and store items in. Some of the better ones were ergonomically designed with a slanted surface to make writing easier. Some models even had an ink well, although I never saw anybody actually pour ink into it. It was more often used to store pens. The desks were made of wood and were extremely durable. Chairs were also wooden although later on wooden chairs with metal legs became more prevalent. Average class size was between 35 to 40 children per class, although it could be higher in the rural areas. In some of the rural areas, classes were sometimes conducted in the open air under a tree if there was not enough space in the classroom.

Pupils were often not allowed to use ink at least until standard four (in my experience). Once you entered standard four, you were required to purchase a fountain pen. The most popular brand was the Tatung brand which had a small glass window on the body of the pen that allowed you to see how much ink you had left. The most popular brand of ink was the “Quink” brand and you could get it in either black or blue. The use of ballpoint pens (we called them “biro”) was often discouraged because it supposedly led to poor penmanship. However due to the cost and complexity of fountain pens, ballpoint pens became increasingly commonplace even though many teachers frowned upon their use. The ‘Bic” brand was the most popular type of ballpoint pen. If you had a Parker or Schaeffer pen you were the man!

Fountain pens were somewhat complicated to use and maintain. The “nib” which was the writing tip of the pen often broke and could be purchased separately for replacement. Refilling the ink was messy and ink stains on school uniforms were a common sight. Ink was often shared among students because it was sold in bottles. If you were really in a jam and ran out of ink, another student could donate some of his ink to you. He would take his pen and squeeze some ink out and you would then take your own pen and suck that ink into yours. A process somewhat akin to a blood transfusion.

You could always tell if a student was writing with a broken nib because it always left a distinct tell-tale pattern on the page.  You also learned very quickly to always replace the cap on your fountain pen because if you placed it into your pocket without the cap, the ink would leach out onto your clothing and would quickly become a huge ink spot which could be difficult to remove. As a result most fountain pens were stored in the “compass sets” which were a staple for most students.

The compass set was a small metal box that was equipped with a variety of items primarily useful in mathematics. Helix Oxford was the most popular brand. The set included a Pencil, Ruler, a Stencil (alphabet in capitals and lower case and numbers 0-9), a Compass, a 180degree Protractor, a 45degree and 60 degree Set Square, a Timetable and Fact Sheet explaining what each item was, a Sharpener and an Eraser. Although the set was ostensibly designed for students studying mathematics, geometry, trigonometry and design, most students did not really end up using all of the items in the box. However it was just one of those things “you had to have”. The compass tin remained useful for general storage long after most of the original components had been lost or misplaced.

Students were expected to rise and greet the teacher as soon as he or she entered the classroom. “Good morning Sir or Ma’am” was a common refrain in most elementary (Primary as we called them) schools across the nation. Teachers were respected members of society and Teaching was considered an honorable profession. The Headmaster was in charge and his office was a no –go zone for the average student. There was a teacher’s lounge known as the “Staff room” where the teachers had office space. Most schools also had a “bursar” who was essentially the school accountant. Some schools had a nurse who was either called the matron or the sister.

Each school had “Prefects” who were usually students who had distinguished themselves in some fashion. Some schools had “monitors” whose essential role was to write down the names of “noisemakers” and turn the list into the teacher. In secondary schools there was usually a head boy or head girl who was the senior most Prefect. Prefects and monitors were normally distinguished by special ties or insignia on their blazers or sweaters.

I had the distinction of serving as the “bell ringer” at my school. There was a clock in the classroom and it was my duty to ring the bell between periods and to mark the beginning and end of recess. I liked the job because it gave me free rein of the building. If accosted by a teacher during class time, I could always say that I was either en route to ring the bell or going back to the classroom.

In my school the bell was an old piece of railroad track which was suspended from the roof. There was a metal bar that was hung next to it that served as my ringer. To ring the bell I would carefully remove the metal bar and strike the railroad track with it producing a loud metallic sound that reverberated throughout the school. Later on (after I left) I learned that the school had invested in an electric bell and the bell ringer position was rendered obsolete.

We had some military families in my school and it was always quite the sight watching them arrive in the big military trucks. The trucks had a single large rope that was suspended from the roof over the tailgate. Usually a soldier would assist the smaller children in alighting from the truck, but the more daring ones would be allowed to swing or rappel down the rope. Most of the students walked to school and it was not unusual for a schoolchild to walk four miles or more to school. I covered that distance easily twice a day and thought nothing of it. And this was before the Walkman era!

Lunch was not provided at school, so you either went home for lunch or you brought something with you. More often than not, you would end up sharing somebody else’s lunch because it was considered very rude to eat while your friend went without. A common meal was fruit. A mango vendor would arrive with a handcart (mkokoteni) full of plump juicy mangos. We would buy a mango and make two incisions along either of the fleshy sides. If there were three of you, the ones who gave money would each get a fleshy part and the noncontributing friend would get the middle part which was essentially the seed.

Sometimes pepper was added for flavor. Another popular meal was fried cassava strips which were freshly prepared on the spot and sold hot wrapped in newspaper with a liberal dose of salt or pepper for added flavor.

I completed my primary school in 1978. 8-4-4 was implemented a few years later and the schooling experience was turned on its head. There is a certain nostalgia and romance in a time and place, you left.