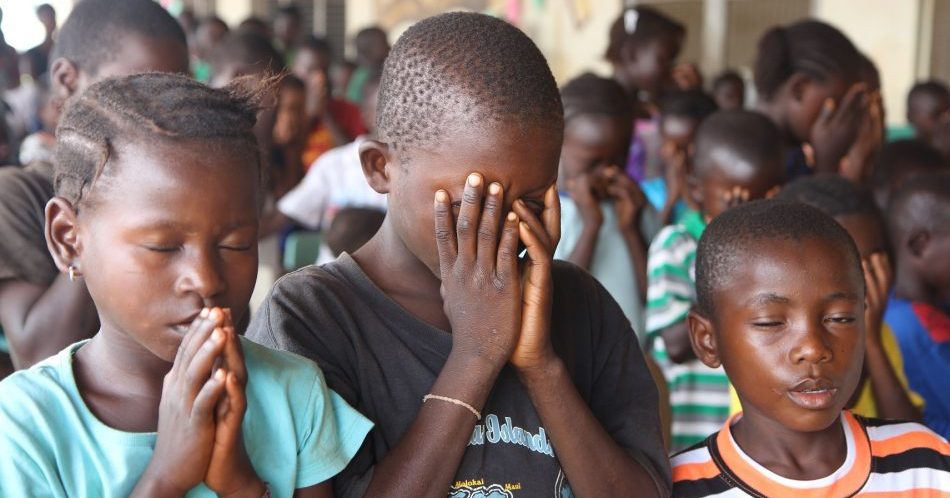 Who can refute that Kenya is standing in the need of prayer?

Not that routine, liturgical prayer “of God guide our president. And give him your wisdoms and justice”, chanted in churches every Sunday though with some variations. We must prod for Divine intervention in our catastrophes: brought to us by our own hands, or visited on us by nature.

At beginning of this year’s Lent Period, the Catholic Bishops held a public Mass, to which they invited the country’s political leaders. That Lent’s 40-day fast theme was “peaceful and credible elections”, was quite revealing. It is here that President Kenyatta made his national call prayer, peaceful election and rain.

“May we all join hands as Kenyans to pray for our beloved nation, for peace, unity, harmony, understanding, and also for rain?” he said.

The presidents’ call hinges on the value Kenyans attach to prayers. Apparently, the president knows something about the power of prayers.

In October 2014, while thanking his supporters, he attributed the collapse of his case in The Hague to prayers.

I was not surprised at the credulity with which we deal with irredeemable corruption in the country.

Kenyans appeared contented with the appointment of the Ethics and Anti-Corruption Commission (EACC) Chairman, one who claimed his unique contribution to slaying graft would be prayer.

My retired Archbishop Most Rev. Eliud Wabukhala, in the esteemed view of vetting Members of Parliament, was considered the last best hope as all other highly qualified individuals had failed.

“We hope you will be able to slay the dragon because Kenyans are looking up to you as a man of integrity and a man of God. If you are not able, we do not know who else to turn to because we have tried other prominent Kenyans and they have failed?” Kuresoi North MP Moses Cheboi stated.

The lawmaker was not alone on this. A section of religious leaders, among them bishops, counted on prayers to help Archbishop Wabukhala win the battle.

Yet despite prayer being my trade, I remain skeptical that Prayers per se would adequately resolve these conundrums.

Attributing the foregoing to be answered prayers would be grading on an overly generous curve. Besides, it is cheeky to assume much prayer will change our condition. We know it took more than the said prayers. Nonetheless, there is a place for prayers in times of crises of national proportions.

The role that prayer played in Dr. Martin Luther King Jnr.’s work during the Civil Rights Movement is captured in a recollection from his wife Coretta King. For my husband, she said:

Prayer was a daily source of courage and strength that gave him the ability to carry on in even the darkest hours of our struggle.

She further narrates how Martin was imbued with confidence after prayers, concluding:

It seemed as though I could hear a voice saying: Stand up for righteousness; stand up for truth; and God will be at our side forever. This was followed by Dr. King’s toil, suffering and work for his big dream of change. This is the kind of prayer Kenyans need. Prayers that catapult us to activism against the evils we abhor,

I find resonance in the words of an online reader calling himself Charles, an Atheist, who has noted:

Don’t pray. Two hands working do more than a thousand clasped in prayer. Praying does more harm than good. Praying gives people a false sense of accomplishment: they have done nothing, but felt like they made a difference. Many people forgo actually helping in times of crisis or tragedy, because they believe that they are doing their personal share by praying. So they contribute less than if they contributed in material ways.

Citizens here have a model to emulate. If we choose to pray, we must pray right. This is an admonition not only to the people but also to the president.

Our president can work harder for Kenyans, besides calling us to prayers. He should rally us to work for a better Kenya. St. Benedict told his followers: Laborare est orare-to work is to pray.  Kazi Tu- Only work.
The views expressed here are the authors’ own and not those of the Church. (canonomondi08@gmail.com)

1 thought on “Guest Post: If You Choose To Pray, Pray Right.”