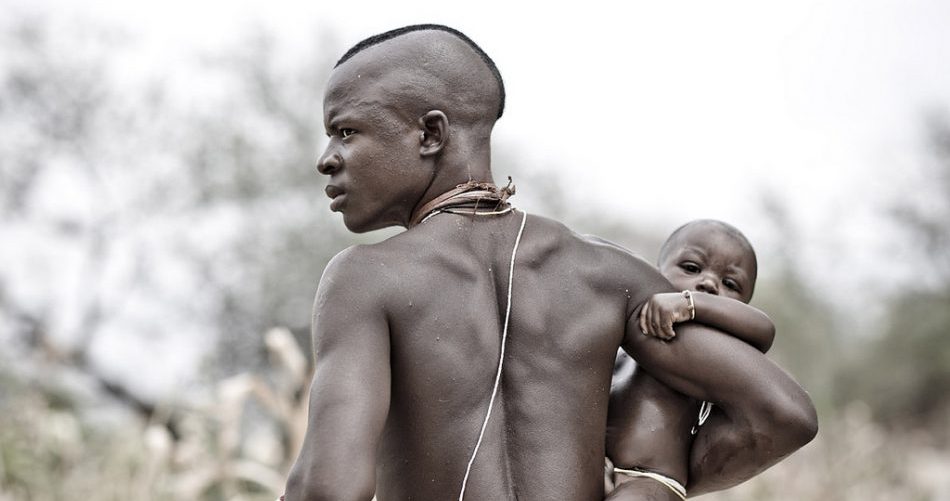 A Daughter’s lament to the father she never knew on Father’s Day.

After a busy day at work, I called my mum to check up on her. She running an errand on my behalf. We spoke for a bit about stuff before she abruptly asked if I had received ‘THE NEWS’.

I thought of her goats, hundreds of them. She had probably made a killing selling them off at profit. Yet, my heart instantly felt heavy because she repeated the same question and I sensed some hesitation in her voice.

No goats had been exchanged for cash.

“He died”, she pronounced.

All I said was okay, and hang up.

My parents had been estranged ever since I was conscious enough to know myself; reasons for which I don’t quite know. I was brought up by a single parent, having to forge my own way through life at some point. But that’s not the story I want to tell.

My heart sunk with news. A part of me died instantly. I had to confirm if indeed dad had died. I called two of my uncles, who confirmed my worst fears at that moment.

Then my lacrimal glands opened up, and I cried a river.

Such piercing pain. Followed by sorrow. And grief.

A man I hardly knew, a father I had but never had and would never have was suddenly no more. If there was ever any hope of forming a relationship with him, that flicker of hope had disappeared into pitch darkness. It was gone. I wept, in a manner only I knew. And know. In a manner only a daughter with no father figure could understand.

I would have thought that since he was by all means a ‘stranger’, that this particular death wouldn’t have been such big a deal. How mistaken I was. It was a big deal and I cried.

I had to compose myself when my uncles came over to my house to see how I was doing. I managed to hold myself together through their visit but I was confused. Uncertain. Lost. Heartbroken.

The night was long. I did not sleep a wink. My heart was heavy, my flesh jelly-like. Words cannot capture the pain I felt, the sorrow I had to bear.

This was the 20th day after my 29th birthday. But he had died the previous day but I was informed of his passing twenty hours later.

We were not close with father but I was his eldest child. One I believe he must have been proud of. No one told me. No one, until I reached out.

Managing through the subsequent week was not easy. I was handling the logistics for an international meeting to be chaired by my boss and such bad news did not warrant a cancellation.

I composed myself, regaled the delegates and graced the meeting suppressing my conflicted emotions below the surface. At times, amidst heated discussion I would look at my clueless colleagues as they debated, and think to myself ‘do these fellows know that my dad just died and that I am grieving?’

I survived the sessions without a major emotional episode. It afforded me some comfort and denial that saw me through the weekend. Heck, I even had temerity to take my international colleagues for Nyama Choma at the Carnivore restaurant.

But often, I would drift into a state of emptiness. Consumed by a flurry of thoughts running through my mind. My father had died.

For a man I hardly knew, I purposed to give him a befitting send off. He never gave me a befitting life, but who am I to be judge, jury and the executor?

I decided that the best I could, since his genes were responsible for bringing forth a woman who had learned to pay evil with good, was to let him know, posthumously, that this child was not bitter with whatever differences they had with her mother.

Differences that made me grow up in a tough environment, missing out on childhood and the joys of being a child. The same differences that have seen me metamorphose into a woman of substance. So I think. So I hope.

On the day of the fundraiser, many people turned up. Strangers and friends, family members and colleagues, came to give whatever little they could spare in support of myself and the bereaved family members.

On the day of the burial, a sonorous ‘trumpet’ tune and a resounding a gun salute marked his last respects. The coffin weighed down by his remains was lowered into the earth, to dust that all the matter came from. A calm look remained on his face, like a man in peaceful sleep.

The man I never knew; the person I was only connected to through blood lay in a coffin I personally picked from somewhere in Nairobi. I remember inspecting whether the inner padding was well done and the white silk properly attached, as if the deceased would care, but it gave me some comfort. This was the only duty that I could perform for this man.

I stared at his blank face, hoping he would wake up for just a second, not that I had anything to say. Ok, I did. But a second would be too short a time. He was dead. Dead to me and the rest of the world. The earth covered his coffin; the flowers that I had personally chosen decorated the mound. We took photos and I was not sure whether to smile or frown. We took them anyway. He lay dead, underneath the mound, underneath our feet. Dead with all the answers to questions I had for him.

Getting a tear from me used to be like pulling teeth but nowadays they can flow freely. The whole experience, reminded me of the fickleness of life and fragility of our humanity. I was human after all.

For many years, everything in my heart used to belong to me alone. But nowadays I have learnt to share. With reckless abandon.  This is why I am writing this piece.

On this year’s Fathers’ Day, I look at a picture of the father that I never had, and will never have and I am envious of those who have living memories of their fathers.

I am envious of them because they have something I will never know of. Happy Fathers’ Day to their fathers. And to their offspring.