The Kenya 7s team make their Olympic debut at the Rio de Janeiro games at the Deodoro Complex in Brazil today, 9th August 2016. Andrew Amonde leads the team in the quest for Olympic Gold and Kenya’s first real shot at a team sport gold since its debut in 1956 in Melbourne.

However, the Kenyan rugby players will not be the first to have played representative rugby and participated in the Olympics. They will only follow in the illustrious footsteps of two of the greatest rugby players this region has ever produced. Lost in time, are the rugby and Olympic careers of the late great John Muhato who appeared at the 1972 games hosted in Munich, West Germany and Peter Akatsa who took part in two Olympic games, Los Angeles, in the United States in 1984 and Seoul, in South Korea in 1988.

Both Muhato and Akatsa turned out for the Scorpions and importantly reached the pinnacle of their playing career by earning East Africa’s Tuskers colours.

John Muhato was born on the first day of February 1954 in Magadi. He started his schooling Hospital Hill School before moving on to Nyeri Primary. Those schools laid the sporting foundations that continued when he moved to Lenana School in 1967.

His sports record at Lenana was outstanding. Muhato was the original jack of all trades and a decathlete in the very sense of the word. He was adept at playing squash, tennis and shooting. He represented Lenana in soccer, athletics, hockey, rugby and cricket, gaining colours for the latter three. Muhato was vice-captain of hockey, captain of cricket and during 1971 and 1972 when they were unbeaten at school level and did I mention, captain of rugby.

While in school he graduated to playing club rugby at Impala under the tutelage of Rob Rowlands as first choice fullback. Muhato was a member of the Impala team that won all competitions on offer, the Enterprise, Kenya Cup, and the Eric Shirley Shield among others in the 1971 season. Muhato was an all rounded talent, his speed, his field judgement, his body swerve and audacious dummies made him an incredibly exciting player to watch.

During British colonialism from the early 1900s and a decade after independence in 1963, Kenyan rugby was an all-white sport. No indigenous black African had appeared at representative level. Until Kabetu came along one fine Sunday 23rd April 1972. On that day, Edward ‘Ted’ Kabetu became the first indigenous African to earn his Scorpions colours against Rosslyn Park.

Halfway into the game, Scorpions left winger Arnie Mitchell was injured and a substitute called up. Lenana School student John Muhato became the second African to earn his Scorpions colours. He did not finish the game because he was injured and another substitute called up. Very few on that day would have guessed that John had earlier that year made the Olympic qualifying mark at rifle shooting.

His sister Wanjiku Muhato, who struck me as brilliant and cultured, remembers the household receiving a barrage of telephone calls when the news was broken.

“I was then in Form four at Kenya High School. The National Olympic Council of Kenya (NOCK) called about John. They did not want him to play any more rugby as that would interfere with his preparation for the Munich games”. ‘

The summer of 1972, he became Kenya’s youngest competitor at the Olympics and finished 64th in the 3rd position 50 metre shooting event.

John went on to represent Kenya against London Harlequins and Wasps from England in 1973. In 1974 he was a founding member of the indigenous representative team Miro RFC and was elected the club’s first Secretary.

Muhato toured Zambia with the 5th Tuskers in 1975 then the pinnacle of ones playing career where he turned out at full-back in the test match.

He was an irresistible force when the big occasion came around. Whether he played at full-back, fly-half, centre or on the wing, Muhato’s ability to materialise at the right place at the right time seemed unaffected ensuring he scored tries almost as regularly as he kicked goals. Defensively, he was rarely flustered.

John Muhato was denied a second shot at the Montreal Olympics of 1976 when Kenya pulled out joining a wider global boycott occasioned by the New Zealand All Black tour of South Africa that summer. Those were the heady days of the anti-apartheid struggle, and the black consciousness movement of Steve Biko. Sporting links with South Africa was forbidden by Government, the OAU as well as the Supreme Council for Sports in Africa.

After the watershed year, when Mean Machine, the first All African side won Kenya Cup in 1977, the graduates formed a new team Mwamba RFC. Muhato was a founding member of Mwamba on formation in 1978 and became the team’s first coach. Mwamba founding member Tom Oketch had all but praise for John’s inspired leadership. ‘We looked around and settled on John because he was such an incredible player and commanded respect among his peers both white and black. He turned the sheer force of his sizeable intellect, into a strategic asset. It was a unique arrangement because he played for Impala but coached us.’

John toured Zambia with the 6th Tuskers in 1979 playing at number 15 in the test match when the Tuskers won a historic victory. The Tuskers had taken a 15-7 lead but the Zambians rallied and it was 15-13 with 10 minutes to spare. The Zambians attack was relentless but John Muhato broke their resolve by kicking the rear-guard action. A move was instigated from the back of the posts that brought a try. Tuskers won a historic victory 21-13.

John’s opponents spoke of him with reverence. James McFie of Strathmore University played alongside Muhato for Scorpions and East Africa and against him in the Ngong Road derby between Impala and Kenya Harlequins.

“John Muhato was one of Kenya’s best fullbacks playing an immaculate game and kicking superbly. He had silky hands, an extravagant step and impressive spatial awareness which was mostly utilised at fullback.”

John Muhato was the tragic victim of carjacking in Nairobi and died in 2005. He may be gone but the name, John Muhato, deserves a treasured and honoured place in Kenya’s sport heroes roll of Honour. 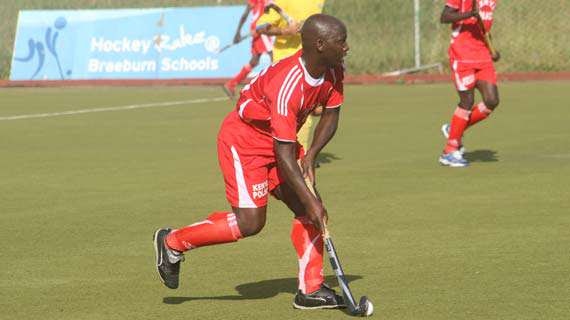 Peter Akatsa was born on 12th day of May 1960 in Kisumu. He embraced rugby at Hill School in Eldoret and turned out for the West Kenya Oribis headquartered at the Eldoret Sports Club between 1973 and 1978. He followed in speed trail of his elder brothers John ‘Speedie’ Akatsa and Emman Akatsa. John Akatsa had a distinguishing playing career at Lenana school, Mean Machine and Nondiescripts.

The Akatsa family moved to Kisumu in 1978 where Peter started to make a name for himself at Kisumu Boys High School, then the undisputed Kings of secondary school hockey under the tutelage of Aridhaman Thind, winning all the competitions on offer. Peter first represented Kenya National Hockey team at the World Cup in Perth, Australia in 1979.

After that experience, he took a sabbatical from hockey to form a rag tag rugby team in Kisumu, together with Jack Ogal, Paul Akatsa and Job Owino but they could never muster enough playing numbers. They reached out for help from buddies in Kitale town Walter Omaido and Sam Omany-to form a combined side Kitale and Kisumu side known as Kitsumu to create a dominant rugby force.

Peter Akatsa was capped for Scorpions and KRFU Chairman’s Select in July and August 1980 against London Metropolitan Police and Cumbria Schools in April 1981 before taking on University of Brussels for the Kenya U-23.’

During the Tuskers trials in January 1982 he was one of the surprise selections. He toured Zambia and Zimbabwe with the 7th Tuskers and was one of less than a dozen players who had the unique distinction of making their Tuskers debut before turning out for Kenya. The small privileged cast included Max Muniafu, Ken Sagala, Walter and Jackson Omaido, Craig Hunter, Chris Young, Terry Tory and David Evans. He scored tries against Midlands at Que-Que in the 35-16 victory.

Peter won the Christie Sevens with Kenya Harlequins in 1983. His love for hockey, however, overrode his love for rugby and the pressure from  the local hockey leadership earned him the honour of leading the team to the 1984 Olympic games in Los Angeles. Kenya finished 9th at the Los Angeles games memorably holding the hosts United States to a 1 -1 all draw and then beating Canada twice 3-2 and 2-1.

Peter Akatsa led the national team to two African Championships both in Junior and Senior divisions.

Peter was a highly talented all round sports man and went on to lead the National hockey team to Gold medal victory at the 4th All Africa games in 1987 held in Nairobi. The team earned a qualification to the 1988 Seoul games in South Korea. He was elected Captain of Africa just before the Olympic games.In Seoul, Kenya had a poor outing, losing all her games to finish in 12th place.

Peter Akatsa currently lives in Kentucky in the United States of America where he pursues a career in sports administration.

Paul Okong’o played for Mean Machine and Kisumu RFC. He is a rugby historian currently painstakingly putting together a book on 100 years of Rugby in East Africa. These are extracts from his upcoming book, to be published in early 2017.