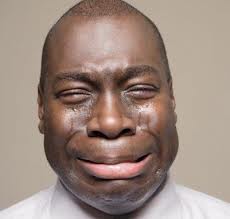 Just over a year ago, I accompanied a good friend named Biko to his mother’s funeral. He seemed fairly relaxed as he got up to speak about his mother’s life, cracking a few jokes along the way and that got the gathering bursting into laughter. I was impressed that my mate was such a good public speaker. Then suddenly the tone of his voice dropped and became labored as he recalled a particularly touching incident and in almost an instance he was choking up. His face cringed as he tried to fight back the tears. His siblings on the front row all turned to me as if to say, “Do something?” Even his wife seemed frozen. I had to think on my feet. What was I supposed to do, hold his hand? Rub his back and tell him something reassuring as “Strong daddy”. Tears were streaming down his cheeks but everyone sort of held their ground and let him have his moment which passed and he continued flawlessly to my relief.

Tears are awkward and society never taught me how deal with a crying man. What I know is that when a man is trying to hide his tears, it is considered polite to pretend not to notice them. When it was over his wife and some of his female relatives rushed in to give him a hug. All the men had to say was “Good speech” for saying “Good cry” would be inappropriate. 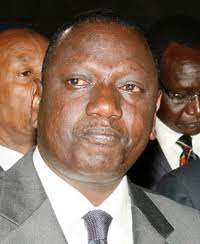 Therefore when the Deputy President-elect William Ruto let shed tears whilst addressing a congregation a day after the Jubilee coalition were declared winners of the 2013 General Election, it became a headline news item. Female commentators on social media were in awe. The average married woman will admit that their hubbies can only show emotion at gunpoint.  They could be dealing with some heavy stuff but they would rather lug it around, getting grouchy and sensitive than admit to their distress and cry.

Tears represent resignation which as most women intuitively know is a stress reliever while for men, there are viewed as an inconvenient lapse of control. It is no surprise that many male folk were horrified. In some circles, that was enough grounds for a cleansing ceremony. In the alpha male personality programming, outbursts of anger are tolerated but tears can only be shed in private. Bottled up feelings however come to boil and typically catch us by surprise.

After regaining his composure and in keeping with his stature, he attempted to rationalize what had just happened. As I suspected, Ruto rarely cries and he stressed that his mother could attest to this. An explanation was not necessary. Kenyan men are socialized to shed tears in moderation. One can cry in public at a funeral of someone close or during epic sports victories like David Rudisha’s Olympic gold. These are rare occurrences, so you might think that men are built without tear ducts.

Men do not cry because they do not want to. They just do not how to, not forgetting the  nagging issue of what damage often seen tears could do to one’s reputation. It is obviously takes practice to get comfortable with tears. Some men might take this as a license to weep without rhyme or reason with the mistaken idea that this is what women want. There is a fine line between showing inner strength and getting dismissed as a cry baby. However not all men are judged the same. When you are the US Commander-in-Chief and you shed tears as Obama did after being re-elected as President, it is described as an  ‘unprecedented outpouring of emotion’. 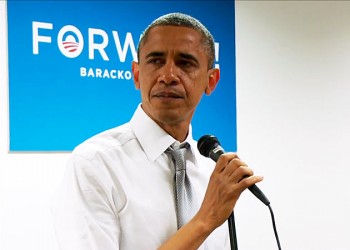 6 thoughts on “Even Hustlers Cry”