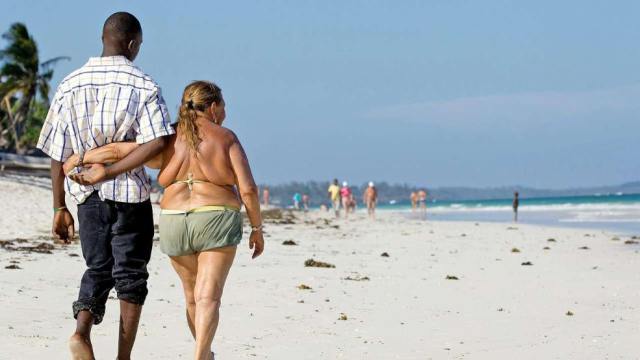 I recall an incident at a house party in some plush Nairobi neighbourhood years back. The crowd was composed of glamorous upwardly mobile executives, majorly in their 30s and a good number were still in the singles club. The women were fairly reserved as the men fought to rank themselves into an imaginary hierarchy of importance. Then a senior citizen walked in, a man clearly past his sixties and a known playboy who owned oil fields. He rolled in his sleek machine that was visible from the lounge and all eyes shifted in his direction. Men know competition when they see it.

The former loud mouths retreated into the shadows under the pretext of ‘needing’ a drink. The car was undoubtedly a superior piece of engineering, oozing with class and designed solely to leave the female admirers gasping. A Jaguar gives its owner an unfair advantage.

Needless to add, several of the women in the room suddenly started angling for the senior citizen’s attention. Traffic to the bathroom increased tenfold. For all the talk we hear about ‘dirty old men’, isn’t it amazing how widely they are tolerated. Hiding behind the façade of female independence, are a bunch of financial strapped girls who would not be adverse to ‘doing girl’ for economic gain.

Some women have no qualms chasing men of power, even if it means starting off as mistress number five. The important thing is to have your foot in the door. The competition can be dealt with later. The popular notion is that money compensates for a man’s flaws. Generally speaking, women have come to realize that in these precarious economic times, a straying husband beats a broke one hands down. For many women, love translates to security and the man who provides sufficiently will remain viable.

On the other hand, societal judgment is harsh when the younger man shacks up with the older woman. Women cannot have what men have and dirty old ladies are only tolerated if they are white and their boyfriends are motor-mouthed, scrawny, dreadlocked, former beach boys.

In our patriarchal society, mature women fall in the motherly bracket of respectability and are expected to have gotten over lustful pursuits following childbirth. So, inter-generational dating remains a challenge for older African women. While, there is no shortage of men under 30, willing and ready to do ‘handsome’ for economic gain, the women involved in illicit liaisons with ‘boys’ have to employ very elaborate cover up tactics to preserve their reputations.

These scenarios are the telling signs of a new dilemma of our modern society. Since young people can no longer meet the unrealistic expectations of their peers, both male and female have gone shopping for love and security from partners old enough to be their parents. There is no patience or discipline required to cultivate a solid relationship or marriage these days. This is the instant gratification generation. The hook up culture. They want it all and they want it now.

5 thoughts on “Cross Generational Dating and The Hook Up Culture.”