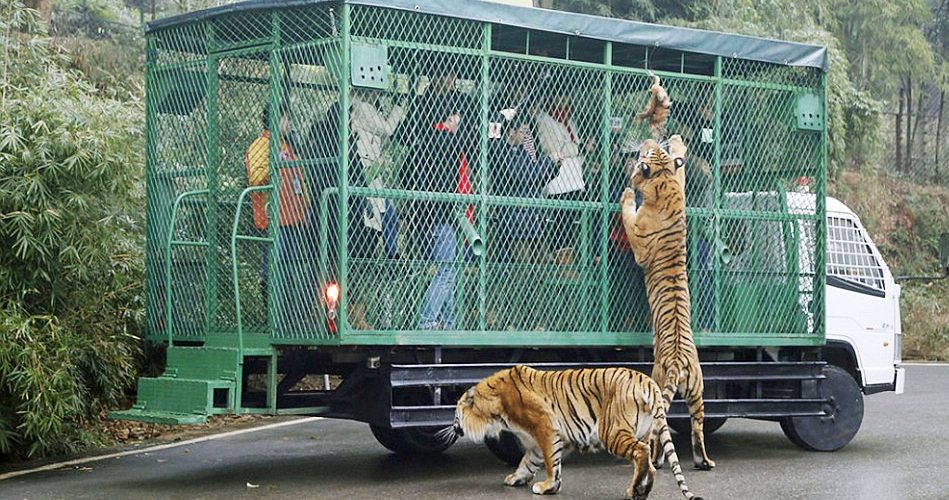 For some bizarre reason, I feared for the single turtle’ life and made a radical suggestion. I decided to put on my citizen ranger hat and patched a call to the Kenya Wildlife Service office in Kisumu, pleading for animal rescue. The sensible thing was to remove the turtle from its natural environment to captivity and safe from human brutality. I reasoned that a river turtle discovered in the Yala must be just as endangered as the green haired punk turtles in Australia I heard about, that breathe through their genitals. The armed KWS personnel arrived later in the day in a double cabin pick up to transport a turtle that was merely the size of a pineapple. They said they would take it to the Impala sanctuary. Everyone, including one my grandmothers who gathered to witness the evacuation agreed that it was a bit dramatic for an animal that only seemed to eat sukuma wiki leaves.

I promptly forgot about the turtle until a recent engagement brought me to Kisumu’s Impala sanctuary. I thought it would be a good opportunity to pay courtesy call to the rescued turtle from my past. When I asked the man at the ticket booth about turtles, he appeared totally clueless and pointed towards the lake as he hunched his shoulders. Nonetheless, I set off on foot because Impala Sanctuary is small about a kilometre squared and sits right next to Lake Victoria.

I walked past a herd of skittish impalas or gazelles, I could never tell the difference, then happened upon laid back zebras that an old mate once described as nothing more than uppity donkeys. I headed towards the animal enclosures which was Impala sanctuary’s main attraction.  At first sight, the animal enclosures build out of steel wired cages were completely out of place in the natural environment. Behind each one, were captive animals, perhaps the saddest thing I have seen since NASA supporters after the Uhuru-Raila handshake.

Cheetahs with about 25 metres sprinting room looking bored out of their minds. A baboon with vacant eyes scratched its hinds ignoring a party of animated school children rattling its cage. There were two lions hidden under a shaded tree, that had been reduced to sleeping, eating and yawning. The single Cape Buffalo appeared so listless it resorted to bullying two warthogs that were trying to get a morning snooze. Two African Grey parrots were in a completely sealed cage enclosure, their wings clipped in more ways than one.  I was eyeballed by an ostrich with its pea brain as I got within range as though pleading with me to invent a game. Within the same enclosure were a pair of guinea fowls walking beside the steel fence like the Indian house wives I used to see exercising up and down in small gated apartment parking lots in Westlands, in Nairobi.

The saddest of all was the leopard. It kept pacing back and forth on a beaten path at the edge of the enclosure, head angled downwards and I could empathize with the frustration of a supreme hunter in captivity. To have to spend your days in a cage staring at gazelles and zebras roaming freely  must be the epitome of living hell.

Impala sanctuary should consider putting up a sign, labeled, Viewer discretion advised, “ The following animals may contain symptoms of extreme boredom, lethargy, anguish and frustration”. The cage might have been designed to mimic a natural environment but ultimately, it is still a cage and behind the steel wires were trapped animals, in captivity. Perhaps we should adapt the Chinese model, at the Lehe Ledu Wildlife zoo, where tourists travel in a caged van, while the animals roam free.

It is said a golden cage, is still just a cage. I find that our attachment to cages is symbolic of our human life. The majority are trapped in a relationship, a marriage, a job, a role or a station of life. We born into cages and our wings are clipped before we learn how to fly. Like a bird born in a cage, we think flying is an anomaly. In some ways, we behave like eagles raised with chicken that forgot their true nature. The urban life is defined by the cages we inhabit.  We wake up in one cage, step into a mobile cage that takes us to another cage where we spend the entire day, mostly pacing up and down, before returning to our private cage at the end of the day. British zoologist and author Desmond Morris made the correct diagnosis of our imposed condition in his book, The Human Zoo published in 1969.

In that light, we should not think of the city as a concrete jungle but rather as a human zoo. To adapt to life in a city, as an urban resident, is to submit to a cage mentality and exist in a perpetual state of spiritual, emotional and physical captivity. All the social ills and psychological stresses that we encounter in society are similar to symptoms witnessed in entrapped animals who have forgotten what it means to be free. I guess in the end, those who choose freedom come to the enlightened realization that there is nothing to lose but our chains and cages.

1 thought on “Caged Man In A Human Zoo”