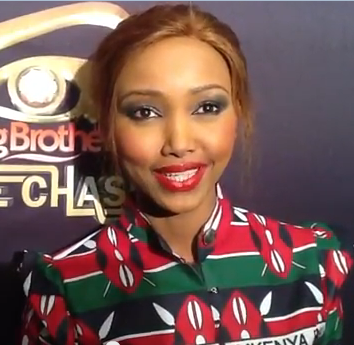 I will start with the good stuff about the Big Brother Africa (BBA) reality show. Television is about popularity rating and BBA has without a doubt established a cult following and a distinctive brand image since its debut in 2003. The housemates are drawn from 14 African countries. They are detained in a house for 91 days, subjected to around the clock surveillance in a game of elimination and the winner takes it all; a bleeding $300 000 (Kshs 24 million)!

Anyone who walks out with that kind of money after three months of mucking about on live TV gets noticed even by the president. Last year’s contestant, Kenyan housemate Prezzo much to my surprise came close, scored big and came back floating on cloud 9. Now, I have hard time convincing my 10 year old nephew that being a star in game show is not a sound career prospect.

For the next three months, I am going have to put up with all the hype about BBA, The Chase. It will be welcome break from the salary-whining session that we call parliament. I won’t even have to watch the show to know what’s going on. People old enough to know better will keep me up to date dropping references from BBA as fodder for office gossip trivia in the morning.

Team Kenya has two representatives, Annabel Mbaru and Huddah Monroe. Annabel is less well known because she has not done a nude. I read her profile online and she is quoted as saying she loves attention. I guess she will have to get frisky with her housemates and show more flesh if she hopes to win attention. Huddah ‘Empress’ Monroe is a rising socialite formerly known as Alhuddah Njoroge developing a media reputation for her risqué personality.  The fancy name is derived from Marliyn Monroe who inspires her in a quest to become a sexy, popular siren.  Huddah seems to stand a better chance of winning because she already known for choice quotes like, “Addis Ababa is a country” and previously released a nude photo set that is a sight for sore eyes.

( Just in: So much for predictions, Huddah was evicted within the first week…oh well…the show goes on)

An appearance in shows like BBA is now the ultimate launch pad in a career as an attention seeker. Evidently, housemates are egged on to misbehave to push their ratings. Geatano Kagwa, the BBA 1 contestant from Uganda is famed for having sex on a live set and that propelled him to a career as a well known media personality and legendary reputation in Ugandan showbiz circles.

We live in a society that has proven that one’s importance increases once people start to pay attention to us. In the instant fame culture, forsaking privacy, enduring ridicule in public to entice addicted voyeurs seems a little price to pay for overnight status and fame.

Nonetheless off camera, after the glitz, a different reality plays out. For every BBA star that emerges, tens of crushed contestants leave the house used, humiliated and discarded. Fame is a drug and the withdrawal symptoms are nasty. The fascination over their mundane lives disappears quickly once the cameras are turned off and they wake up to horror of an ordinary life.

This is untold story of the grand delusion of importance that BBA is selling to African youth. Reality TV stars are disposable characters of the media mill, big today, forgotten tomorrow. Remember a guy called Alex Holi…enough said.

4 thoughts on “Big Brother: A Lot Of Hot Air If You Ask Me”