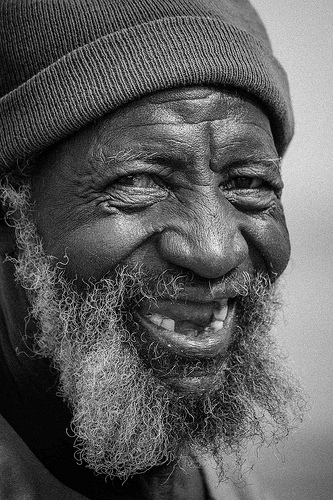 Have you noticed that they are hardly any news presenters over 50 on our screens these days? Julie Gichuru is about as old as it gets and if she wasn’t easy on the eye, she would have had to take up a managerial position. The obvious reason is that older women are not firmly curvy enough to be on air. Once you are over 55 in this country, you are considered over the hill and only good for philanthropy. Ageism, which is discrimination on the basis of age is a real concern in the workplace. Older people are getting passed over for incompetent younger nitwits because we have this fixed mindset that anyone over 55 ought be retired and sent off to farm in a rural area.

The “old geezer” stereotypes are quite real as an aspiring presidential candidate will tell you. As it, the prospects look pretty hazy for Raila Odinga. With the likes of President Uhuru and his deputy William Ruto fronting youthful zeal, it is going to be a battle fighting off age stereotypes.  Raila Odinga’s peers are all shuttling back and forth from European hospitals trying to stay alive. The days of exploiting the narrative of youth and inexperience are over. We now look at old age as a liability and it is even coded in our daily speech. You become 21, turn 30, push 40, reach 50 and make it to 60 and after 70 your family starts to plan your funeral.

Which is unfortunate because I have had the privilege of retaining a lively cast of friends over 70. Men in their mid-70s who keep dragging me across town to watch live bands and I struggle to keep up. 70s are clearly the new 50s. I occasionally drop by a members’ club where the mean age is 72. Everyone drinks alcohol and talks about the sheer ineptitude of the political class. Most of them drive and they are just as afraid of alcoblow checkpoints as the rest of us. The prosperous ones all have kids waiting for them to die, to get an inheritance. They eat right, walk regularly for exercise and read voraciously.

They all suffer twitches and crane their necks when a beautiful woman walks past and observe a moment of silence in appreciation of the firmness of youth. Most of them have great memories and possess a wicked sense of humour. Some of my best jokes are gleaned off conversations with this over 70 bunch.  I love the honesty. There was one I heard about this guy who popped one pill too many of Viagra. Since his wife had been lying ‘fallow’ for months on end (his words) she what not the least bit amused by his new found enthusiasm. He moaned about his wasted erection the whole evening. A good erection is not easy to sustain at his age.

I have met raunchy old ladies in their mid-60s with leery looks in their eyes and who call every man they fancy, handsome. They tend to show off pictures of their younger selves, always a studio shot back from the black and white glamour retro years of the 60s and 70s. Every old person was a young hottie once, so don’t be quick to judge a lady by her wrinkles.

I am pushing 40 now and considered ancient by some 21 year olds. In about a decade, I will have young people treating me well and hoping that I will include them in my will as a sign of gratitude. People even ask me for life advice nowadays. Well, here is more free advice. If you haven’t made a tidy sum of cash by the age of 40, give it up. You might as well concentrate on parenting and critiquing political leaders.

OF DIWALI AND GUNSHOTS 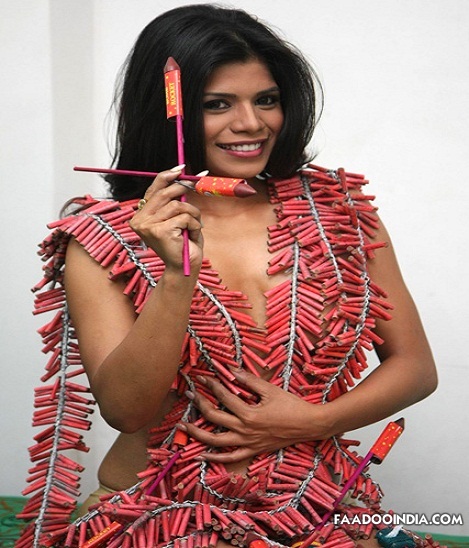 After much denial, I have accepted that I am a digital addict.  I never switch off these days or go offline. I am always online. I often panic when my phone battery dies because God forbid! I miss a notification and how on earth will I figure out what is happening around me. On this particular day, I stepped outdoors to talk to the night watchman who considers me the coolest dude in the block. I suspect it is because I don’t call him askari or soldier and took the trouble to memorize his name. I don’t hoot incessantly at the gate even when falls asleep before nine. I also don’t act like I am doing him a favour by asking him to wash my car and I don’t ply him with damn middle class type questions seeking to find what the ‘watus’ think about the political leadership. We talk about ordinary stuff, like the planting season and delayed rains. Dumb kids who waste school fees and envious relatives who are trying to bewitch us back in the village.

As we were chatting away, we suddenly heard loud explosions and I immediately thought of Al Shabaab. The gunshot sounds were emanating from distance of less than a kilometer. Nowadays, even a tyre burst will get a Nairobian ducking unconsciously. I asked Wekesa, the watchman for his opinion and he said matter-of-factly, “Pengine ni majambazi”. It kept going for the next fifteen minutes and I did what every sensible Nairobian does.  I logged onto my twitter timeline hoping someone had already tweeted their concern. And sure enough, I stumbled on a couple of concerned tweets. “Hey #KOT. What is going, I can hear gunshots?” Turns out it was just the Diwali celebrations which I always mentally pegged as happening in November. We forget that in a multi ethnic society such as ours, not everyone is stuck on the Gregorian calendar cycle. I remember as a kid we would save money to buy patakas and we used soda bottles to light up rockets. How fast things change. Try celebrating Diwali in the Eastleigh neighbourhood and the Anti-Terrorism Police Unit will throw you into Kasarani staduim faster than you can say “Me Hindi!” I used to love Diwali and the sparkling lights in the dark of the night sky. Now not so much, because I clearly suffer from post-traumatic stress-grenade-disorder and find it difficult to stay calm around loud explosions within earshot.