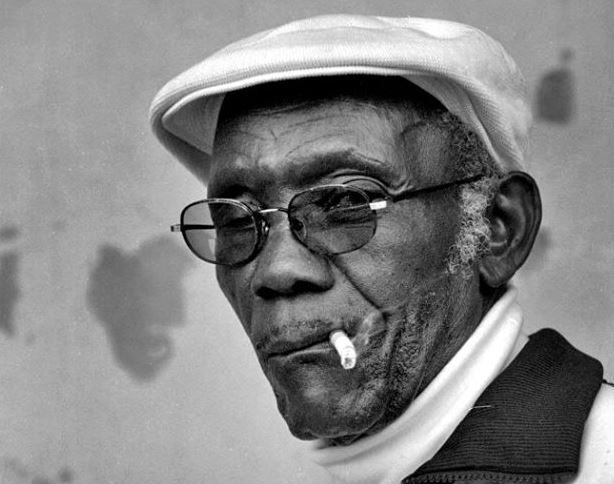 When news arrived that Benson Wanjau, who we know as Mzee Ojwang was dead and I took a moment to mourn the veteran actor. He was more than popular TV personality to many Kenyans. Though many fans of my generation outgrew his brand of comedy, as our tastes evolved, no one forgets their reaction, the first time they heard the name “Ojwang Hatari! Ondiek Mang’ang’a! Sibuor! brrrrr!”

Mzee Ojwang was a small bodied man but his own screen persona was larger than life. I join the queue, to pay tribute to an influential Kenyan artiste and whose contributions to the arts helped inspire thousands that came after him.

Mzee Ojwang was my first true appreciation of method acting. He convincingly adopted a separate personality and embodied it completely. I remember how surprised I was, (as everyone else) when I discovered that Ojwang of Vitimbi and Vioja Mahakamani was a Kikuyu named Benson Wanjau Karira living his public life as a dramatic Luo man. Ojwang stayed true to character, moving the focus from his ethnic origins to the social issues of the day that he helped highlight. His comedic routine was not heavily reliant on witty lines. He used body language astutely and quirky mannerisms that never failed to score a laugh. Ojwang’s brand of comedy was also kind, almost benign. His routines were never socially inappropriate and he kept within the bounds of decency. Ojwang was patient comedian who used his mastery of sketch and situational comedy to gently coax laughs out of his audience. Deep down Ojwang must have understood that the social function of a comedian was to help audiences laugh at their fears and absurdities. For people who grew up in the 80s and early 90s, Ojwang provided the perfect balance of humour and imagination that shielded a generation of Kenyan children from the vile truth of our ethnic prejudices.

In single channel, Voice Of Kenya ( V.O.K) era, the ruling regime maintained a repressive policy around freedom of information. Television broadcasting was a heavily censored government monopoly and lifeless for the better part. Original local shows were scarce and programming was flooded with foreign content that was mostly incompatible with local realities. Vitimbi and Vioja Mahakhamani offered a much needed alternative of wholesome slap stick comedy and as good as family viewing got. The social themes were plainly laid out and moral lesson spelt out as the credits rolled at the end of every episode.

The sitcom was set in an eating place, where a disparate group of working class migrants from all over Kenya learned to cope with their differences in the city of Nairobi while enforcing a shared moral code. When things got out of hand, they would take it before a magistrate’s court and everyone got a fair ruling.

Mzee Ojwang was one of the first real TV stars outside of a news caster, I considered to be making a living in the arts. The 70s and 80s was an age when even gifted musicians were regularly stereotyped as promiscuous, party animals who sang for alcohol. But Mzee Ojwang held steady as a professional artiste who delivered season after season and kept his private affairs out the public eye.

Kenyan comedy industry owes a lot to Mzee Ojwang’s pioneering spirit. His style would became a national comedy staple. What is often not appreciated, is that before Ojwang, Kenyans had never seen tribe performed in such a radical way. Issues of tribe were taboo and delicate yet Mzee Ojwang led from the front, navigating between Kenya’s most pronounced ethnic animosities, the Kikuyu and Luo historical political rivalry and left everyone smiling.

New players would emerge in post 90 eras, the likes of Mogaka, and Ondiek Nyuka Akwota but no one quite played off Mzee Ojwang as effortlessly as Mama Kayai. Their own screen chemistry was undisputed and they are by far the most successful acting duo in Kenya’s longest running sitcom.

Mama Kayai was almost flawless in character which turned the moral focus to Mzee Ojwang idiosyncrasies. He was certainly not the typical hubby. Mama Kayai towered over her husband and despite his posturing he leaned heavily on her leadership of the household. Ojwang’s brand of masculinity was rare in a time when brawny and stoic male characters were the flavor of the day. As a pioneer TV dad, he let his vulnerabilities show.

Like all pioneers in all fields, his fame and brand value did not translate into financial reward but he nonetheless left Kenya’s entertainment scene a lot richer. In his wake, Walter Mong’are, Churchill, Jalango and thousands of artistes are today enjoying the fruits of the seeds he planted.

Laughter makes for good memories and Mzee Ojwang left us with plenty.

8 thoughts on “A Tribute To Mzee Ojwang”