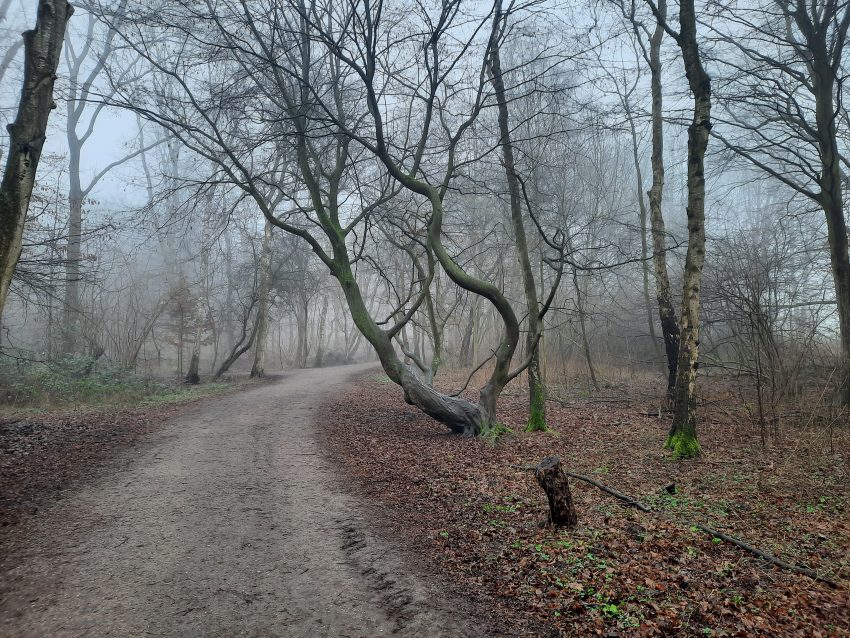 I am wondering what to teach my children about winter. Beyond telling them that it is a cold weather season that black people don’t like. I don’t want them to be like my former self, afraid of the cold.

I was raised in a country dissected almost equally by the equator. In Kenya, we experience blue skies throughout the day and feel the sun’s warmth all year. You don’t appreciate this privilege until you move to the Northern hemisphere where talking about the weather becomes the daily conversation starter.

From a young age, I associated cold weather with illness. I was pronouncing the word pneumonia long before I could spell it.

“Don’t go out in cold weather, you will catch pneumonia”, my mother warned.

Kenyan mothers fear the cold and every time they feel a chill, the children must wear an extra jacket.

People born in the tropics develop a sunny disposition and it becomes one of the first things you begin to lose when living in cold countries. Against your strongest instincts, your behaviour gets regulated by the seasons, dull and closed in winter, warm and bubbly in summer.

Many of my old friends and family who had lived for a long time in Europe warned me before I came to Holland.

Watch out for the winter.

It creeps up on you.

It could leave you depressed.

I carried all these pigmentation concerns about the winter to Europe, as something that is not just harsh on the physical body but also dampening for the spirits. Winter is coming conjured images of misery and served as a metaphor for loss and despair. Despite my best attempts, I was never warm enough for a pleasurable walk outside in single digit temperatures. I used to dress like a mountaineer headed for the glaciers at point Lenana, on the summit of Mt. Kenya.

During my first winter, I noticed the hibernation of the African community living in the Netherlands. There was a change of mood, from a people overwhelmed by the domineering presence of the cold, reflected in dampened spirits and sad looks on their faces.

So I began to observe the locals and discovered the correct fabrics and clothing that makes outdoor life tolerable. I cannot say I love winter, only that I am no longer afraid of it.

I am tuning into the feelings that winter evokes and it has led me to recognise a familiarity in the season, as something that I have weathered before in various stages of my short life. Life after all is cyclical and not exactly linear.

In winter, I learn to see the natural side of the country apart from the built architecture. I begin to recognise the enchantment of winter  that has captivated European writers over the centuries.  This awareness has been  heightened by the state of the trees.  Bare as they are in this season, they embody a sense of assurance that spring beckons.

I am struck by how the trees respond to the seasons here as a metaphor for the cyclical rhythms of my inner life. Winter becomes a season of revitalisation of the soul, a time for reflection and letting go of heavy burdens accumulated in previous seasons.

The winter of our lives is a recurring season, one that we cannot prepare for by denial and avoidance. When we repress bad seasons that only hold the memory of pain, the opportunity to grow from pain is lost. Instead, we bury traumas that fester and return to complicate our lives.

I layer up. Undershirt. Long sleeved cotton t-shirt. I wear a knitted sweater, a silk scarf wraps around my neck, then I throw on a padded jacket, zip up, slip my fingers into woollen gloves and pull a cotton beanie over my head. It is grey outside and there is a light drizzle. Thick mist covers the road and curls unbroken through the trees. The sky is dull and gloomy.

But it doesn’t feel as miserable and I feel cosy under my warm clothes. The ground is damp but the air is fresh and I find it easy to remain aware of my breath as I begin my walk. I pick up pace, my feet seeking out the once familiar and overgrown nature trails in my neighborhood that are now stark open spaces where I can see right through the trees. I am surrounded by a silence only interrupted by the crunch of gravel under my rubber soled shoes.  This idyllic winter day is interrupted by my vibrating phone.

It’s my nephew in Kenya who starts by mourning about the coldest January he has ever experienced in Nairobi and how terrible it all feels. I resist the temptation to ask him about the actual temperature and let him get the chill off his chest. He stops himself midway as it occurs to him that he is speaking to someone experiencing an actual Northern hemisphere winter and not just a streak of bad weather on a glorious sunny day. There is now concern in his voice.

How are you surviving the weather?

I do not focus on the cold for the Netherlands is nowhere in the league of Russian or North American winters. Instead, I find myself explaining how I have learned to embrace the season and to see the beauty of the landscape. He listens without interruption as one does when listening to a senile grandparent rumble on about a reality that is too far removed and then only seems interested in whether there is snowfall.

No! I tell him and I continue to explain that the Dutch haven’t seen a white Christmas in a decade, the canals in Amsterdam do not freeze up and Amsterdammers no longer skate to work.

He changes topics and asks whether I heard about DJ Lithium. It is a name I don’t recognise and he goes on to explain about the tragic death by suicide of the once popular radio Dee Jay who worked for CapitalFM  in Nairobi that made the news last week. I worked in that radio station in the early 2000s under the tutelage of Phil Matthews and its founder Linda Holt. In another life, he would have been my little brother.

We talk about suicide and he tells me about the trepidations of manhood and why young men seem to be checking out regularly. You know, he says with a lot of conviction,

“You are alone as a man, there is no one coming to rescue you’’.

I find that he talks about suicide from a position of strength. That a man must be strong enough to survive anything that gets thrown their way, alone and in quiet dignity. It sounds like a line from an action movie out of the 80s starring Jean Claude Van Damme.

No retreat, no surrender.

Suicide after all is a solitary decision but its repercussions are public. The intention of the victim is to end their pain but it seems to just get passed on to the living, especially the parents who remain tormented by guilt, unable to find closure.

From the Tibetan book of the Dead we learn that dying is a communal process that involves the departed and the bereaved. Both parties must face the reality of the end of life.

I cannot help but think, how did we get here, that a young man could so easily fall through the cracks surrounded by tens of people who all claim they love him and were willing to help. And that the resolve of other young men witnessing this tragedy, is to bottle up, pretend the pain doesn’t exist and hide their tears.

I wonder how to tell my nephew and the young men of his generation that strength is not a state of permanence.  Hasn’t he seen in the news,  that the giant sequoia trees of Sierra Nevada, one of the tallest and largest trees on earth that live for thousands of years and are able to withstand powerful winds and floods and even resistant to fires have started dying in numbers from the attack of a beetle that is barely 4 millimeters long.

So it feels like serendipity after the phone call, that I am drawn to the meditative lyrics of African American soul maestro Curtis Mayfield (1942-1999). The song playing through my earphones is one I have listened to many times  but it hits me differently today.

Here But I’m Gone  is a song written and produced (from the album New World Order) while Curtis Mayfield was paralysed from the neck down after an accident during a performance on stage in New York in 1990. He composed it when he was unable to play any instruments. In this incapacitated state, Curtis continued making new music, working painstakingly, recording the vocals one line at a time while lying on his back.

Here but I’m Gone is a song about the victims of the crack epidemic in America in the 80s that devastated African American neighbourhoods in the inner cities.

In the same breath, the classic suicide victim starts dying long before the harrowing spectacle of their death.

They are here but in reality they are gone.

The lyrics are haunting and the genius of Curtis resides in six simple but poignant lines.

How did I get so far gone?

Where do I belong?

Where in the world did I ever go wrong?

If I took the time to replace

What my mind erased

I still feel as if I’m here but I’m gone.

If only life could accord us the luxury of retracing our steps, to that single mistake or moment when everything started to go wrong and show us the spot where we can lay the blame for all our misery.

By the time we truly reflect on the mistakes and pains at the end of life, death is already banging down our door. Like the bare trees in winter, we have to stop from the rush of life, to tend our inner gardens and be still enough to recognise those parts of us that no longer sustain us.

Winter is a season that reminds us that we must embrace the certainty of change.

While grief is necessary and healthy, to wallow in it serves no good.  For it is the awareness of the inevitability of death, that gives us reason to value our lives, no matter how troubled, because winter always turns to spring.

6 thoughts on “A Meditation For Winter”