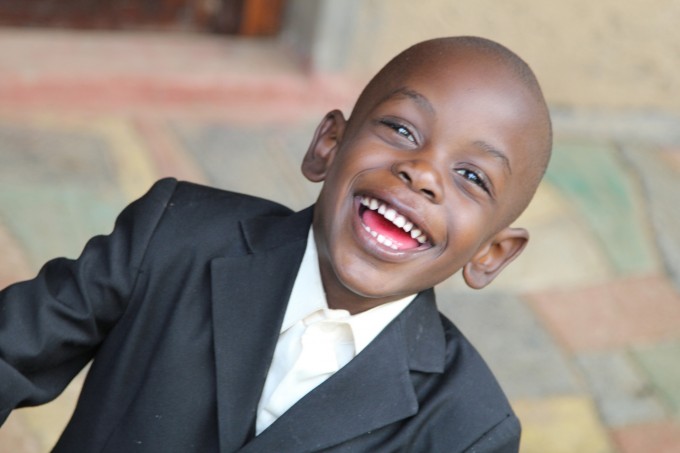 I was never a fan of charity walks. There was something very bourgeois-dressed-in-safari boots about them. The Freedom From Hunger walk used to be the flagship event long before charity walk-a-thons masquerading as marathons and 10K runs became the norm. But to be fair, not all walks are created equal. Walking for a good cause is worthy old fashioned patriotism and responsible citizenry. You have to stand for something. There are too many perennial, fence sitting, whiners who find fault with everyone and everything and take no responsibility in participating in the change they want.

Therefore, early Saturday morning before 7am, I made my way to Uhuru Gardens to join a group of early risers, concerned fathers, mothers and conscious young people for a march for the boy child organized by Pastor Simon Mbevi of Transform Nations. The boy child is suffering neglect. When I was a child, society had communal structures that looked out for children and one was never too far away from an adult’s discipline. Children were children and it took a village to shape us into maturity. Those were different times. Growing up is a little complicated in these individualistic days and the adults who are supposed to help a child transition to maturity are still grappling with validation issues.

The walk was held on the eve of Father’s Day, a new commemorative day on our annual calendar of adopted Americanisms. Father’s Day never had the same sentimental appeal as Mother’s Day and it is often bastardized by perpetual reference to deadbeat dads upstaged by single mothers who stood in their place.

As we gathered at the Uhuru Gardens pavilion for the start, I stared at the monument commemorating the nation’s independence. Uhuru Gardens was where the Kenyan flag was first raised but it doesn’t summon an aura of historical significance. Uhuru Park embodies Wangari Maathai’s environmental activism. Nyayo Stadium pulsates with nationalism. Jeevanjee Gardens has inclusion inscribed on its plaque. Uhuru Gardens registers in my mind as Kanu-esque from the Fuata Nyayo days when statues reinforced political power.

A sizeable crowd had showed up. Mostly fathers and their sons out to prove that there was no shortage of good men in Nairobi. I had dragged my mate Caleb out of bed and he was harbouring guilty feelings about causing a traffic jam. The inconvenienced drivers were giving us the evil eye as we sauntered past. Caleb argued that walks should be restricted to the national park away from potential road rage where we could inconvenience the animals instead.

No matter how noble your cause, someone in Nairobi has real and immediate issues compounded by do-gooders ambling on a Langata road at 8 o clock on a Saturday morning. We decided to squeeze a workout out of the 12k walk and added some energy to our step. Along the way, we walked past a big sign post with the words written “This is the property of Langata Road Primary school”. Next to it was the Weston hotel and a few observant fathers pointed it out to their sons in hushed tones as though expecting to be tear gassed for gawking.

As we approached the Nyayo stadium round out for the loop back, we caught up with an older man, the oldest participant so far, striding along. He walked with a limp. We figured that we would keep him company for a bit before allowing him to continue at his own pace. He was 75 years of age and the man had been busy making a life. To start off he had sung in a choir for 40 years which was only the proverbial tip of the iceberg. He was also a qualified martial artist. A seasoned meditator who had visited a guru in an ashram in India and a weathered mountaineer. He celebrated his 60th birthday at the top of Mount Kilimanjaro. On his 70th he peaked Mountain Ossa in Tasmania. His off the beaten track adventures has taken him to a base camp on the Everest and practically around the world. He was highly atypical of African men of his age.

As we got around the bend at Nyayo stadium, we were reduced to walking on the non-existent sidewalks. You can only hoard the road for so long when you don’t have serious dignitaries in tow. We began the short ascent towards Wilson airport and the old man kicked into turbo. For next 4 kms, he stopped talking and slipped into the zone. The pace shifted many notches upwards and there was no way we would be left behind. We had to save face but it was clear to anyone watching that we were struggling to keep up, skipping over open drains and overtaking participants. One would have thought we were part of his security detail. By the time, we got to the finish line, I had not only worked up a decent sweat but learnt a valuable lesson in manhood.

4 thoughts on “A March For The Boy Child”