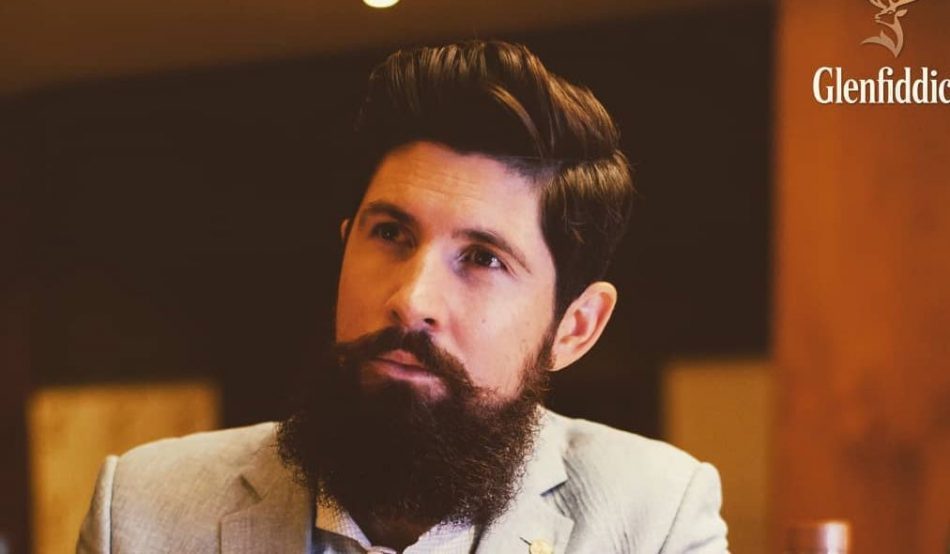 I have been assigned to interview the Glenfiddich global ambassador Struan Grant Ralph, on a tour in Kenya to push the Scottish single malt brand and instead I fixate on his beard. Certainly goes with the brand image. Nothing oozes pure maniliness like a full mane and whisky aficionado as a job title. He probably has some stock answers for clean shaven types who suffer from a hairy complex.  I make a note to self. No cheap shots.

I secretly hope he is not one of those single malt snobs about to fill my head with distracting whisky drinking rituals, insisting that I master the intricacies in order to fully appreciate the colour, flavours, aroma in 4 elaborate steps. Nairobi is crawling with the pretentious wine connoisseurs. I prefer my whisky straight with no instruction manual.

It is 9.00am on a grey and chilly Nairobi morning when I arrive at the Sankara hotel. I meet Alex from Ogilvy PR, who hands me the brief for Struan.

Struan shows up 15 minutes later. I notice his beard first before I register the rest of his features. It has the aura of a matured whisky.  Struan is over 6ft tall with a lean frame. I had received Struan’s portfolio a day earlier and it was filled with pictures of him in dapper suits. The casual look is not what I expected.  Tshirt, open jacket, dark jeans and sneakers. I suppose with a beard that full, you do not need a suit to feel important. He must think No Shave November is for amateurs.

I half hope he demands a neat whisky to add some magic to his morning in keeping with some old Scottish custom but all he wants is plain fruit and black tea, no sugar. Quite unusual  for a man who has whisky tasting as a day job. 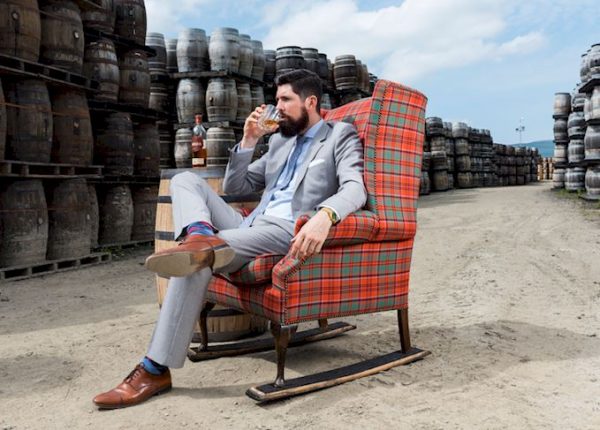 I frown over my bacon and eggs laden plate and figure, I might as well be English for breakfast. We start off trading national stereotypes and Struan appears reserved as I expose my limited knowledge of Scotland and the Scotch whisky tradition straight from Google. He has a neutral accent, no gruff highlander or pompous intellectual undertones. We are making small talk as we stray into African music and he reveals his admiration for Fela Kuti. That helps breaks the ice. I am big Fela fan and anyone who loves Fela and fine whisky is a brother in spirit in more ways than one.

After breakfast, we shift up to a top floor meeting room with large windows overlooking the leafy Westlands suburb. Struan points out that his father worked in Westlands in the 70s for Deloitte whose offices are literally around the corner from Sankara hotel. His elder sister was born here and the family returned to Scotland in 1981, the year, he was born.

His story though begins in Scotland, in a place called Speyside in the heartland of the Scotch whisky making industry. 15 miles from the Glenfiddich distillery. Moved by the spirit, he gets involved in the whisky industry as a young man.

“I got to study chemistry in the university and really got interested in process and then realized that it was far more fun to be something to talk about and celebrate”. Struan leaves Scotland during the financial downturn of 2008 when whisky export took a hit and realised that they were far more opportunities in the world.

“From 2010, I knew the whisky industry would be my career. If you are going to work in whisky, Glenn was the brand to be with”.

That lead into a career as a bar tender around the world, building a network of people and a new life around the social side of whisky. In 2011, he landed the gig as a Glenfiddich ambassador for Asia, then New York before graduating to the global status. Struan’s job entails anything that needs to be done on an events, communication level, brand training, experiential marketing and strategy but….

“ I am essentially a story teller for a whisky distillery in Scotland”.

I want to hear the stories and what makes Glenfiddich so freaking prestigious that it is revered as the spirit of life. I suddenly feel like a whisky to replace my bottle of mineral water because  no great story ever started with someone ordering a a fruit salad.

“What is the Glenfiddich story?”

In the Scottish Gaelic language, Glenn means valley and fiddich, deer. Glenfiddich means the valley of the deer and the river flowing through it is the Fiddich river.

Glenfiddich was one of the real old houses of whisky, started in the 1886 by a local Scot named William Grant. It was not until he was 47 that he built Glenfiddich, block by block, with the help of his 7 sons and 2 daughters. The first distilling took place on Christmas day 1887. In the 1880s, the distillers knew nothing about branding. Marketing and strategy did not exist.

A Glenn was always the best place to build your distillery because it was the water source, rivers would flow through valleys and the fiddich was the iconic animal. Geographically it was what the area was called. William Grant when he was 7 or 8, would go to school for three months a year and the rest he would work. He was a shepard, so he knew water quality and fertile lands in the whole area. 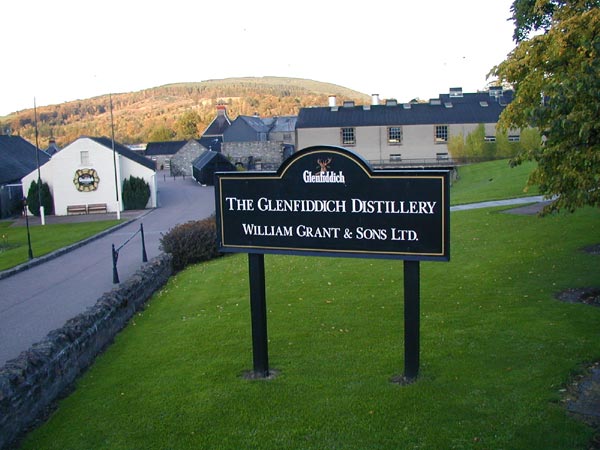 The journey took him a long time, he was almost 50 year old when he built Glenfiddich.  Soon thereafter he lost his eyesight when he suffered a stroke and his daughter became his eyes and ears. “Success has many fathers but only one mother”, Struan says because like many other great companies, men were doing the work but the women were behind the success.

The early 1900s was a real buzz time for whisky. Hundreds of distilleries opened up.  But by the 1930s, half of them had closed because of the American prohibition. This financial downturn coupled by the stock market crash drove businesses to their knees with matters compounding because of “whisky lakes”.

In those days, the whisky business was dominated by brokers and blenders. Huge merchants would buy from distilleries, stock up and create blends. This overconfidence in the 1910s and 1920s lead to overpurchasing meaning that capital was tied in this liquid. When suddenly in 1930 the American customer base was lost, the whisky export market crashed leading to an industry shut down.

Glenfiddich family so an opportunity where many did not. They increased production and stocked up. When everyone was struggling to create whisky in the 1950s, Glenfiddich had plenty of stock and by 1963 Glennfiddich becomes the first whisky to brand as single malt.

Struan eyeballs me, strokes his beard and elaborates, “Glenfiddich is the only Highland single malt distilled, matured and bottled at its own distillery, using a single source of spring water throughout the process and made from malted barley”.

The brand becomes the first to start stocking in duty free shops and exporting to the rest of the world. Charlie Grant Gordon who was in charge during this era famously declares, “Whisky by whisky, bar tender by bar tender, we will build this brand around the world”. The rest as they say is history.

The stag and the triangular bottle become a global mark of single malt distinction. Despite this expansion, the trade was kept within a single family, the family that has shaped the global whisky trends.

The William Grant brand is a 130 year old business carried forward through 6 generations whose core focus is whisky making. The portfolio has 40 distinct brands. Every family member spends a stint working in the distillery engaged in hands on production before they become board members and move into a custodian role.

The Glenfiddich brand has benefited from this sense of independence and heritage as a family business that spans a century in a market where all the competitors are multinationals.

I suddenly find myself craving a whisky at 11am in the morning.

Glenfiddich’s heritage which guides the brand integrity and the values of a family that turned excellence into a family trade is perhaps what attracts people and keeps them coming back.

However what fascinates more, is the human story of resilience, innovation, simplicity and the down to earth culture of the Scottish highlands. 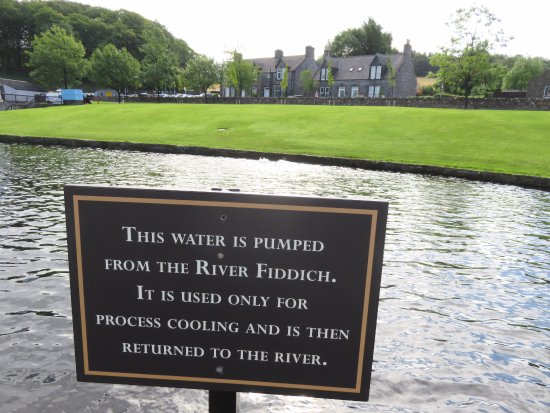 The Glennfiddich story is about a Scottish family with big dreams and solid values.  Struan shares more context. The founder Williams Grants hand writing was studied by a calligraphy expert and it revealed a tenacious, driven and focused man. William Grant endured a hard early life in rural Scotland, in  a house that was shared with animals working from the age of 6 and never lost touch with grounded local values when success came knocking.  Even when they got wealthy neither William Grant nor his wife would accept the fact that they were rich and one of the sons has this great quote, “You would literally have to stir a pot of money infront of my mother for her to realise that we had money”.

Later in the evening I return to the Sankara roof top bar for a whisky night to find a full house and Struan in his full element as brand ambassador, his beard still holding court. Kenya is an emerging market, pushing 10 000 cases a year just behind South Africa and Nigeria. He pours the cornerstone single malt, the 12 year old from that signature green bottle and we raise our glasses to say cheers in Scottish Gaelic, “Slàinte mhath!”

I take my time savour the spirit that has taken 12 years to mature. I am in good company and the energy at Sankara is bubbly. As the liquid hits my throat, I smack my lips trying to distinguish the flavours and nod my head in appreciation as warmth courses through my chest. This is certainly more than an indulgence. It is a taste of a different civilization, Scottish heritage, a culture of excellence and a tribute to the spirit of resilience and integrity.

If you sit down with a Glenffidich, it is exactly how single malt should taste, very balanced, a sweetness coming through and a myriad of reasons rich in distillery expertise handed down from one family member to another over 130 years.  How quickly we change. I do sound like one of those single malt snobs.

At this rate, I might as well grow a beard.