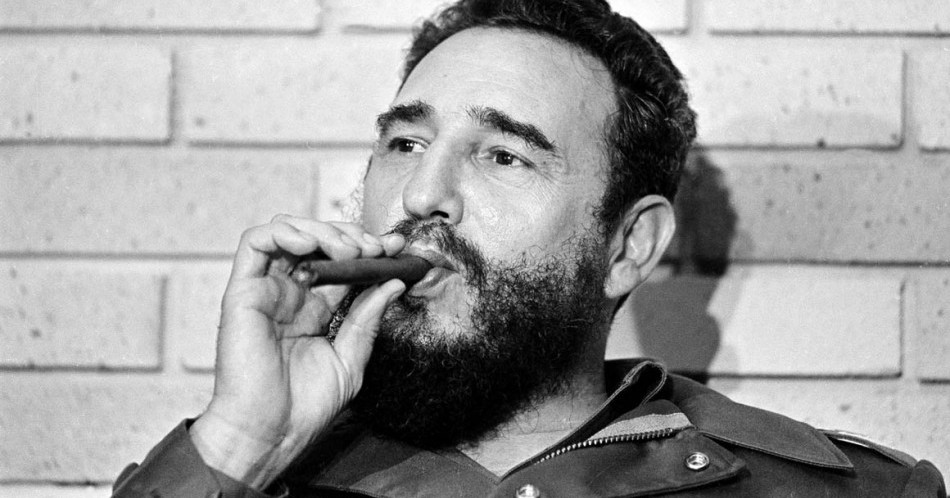 In most parts of Africa, there is no conflict over Fidel’s legacy. The Cuban revolutionary will be remembered for reaching out in solidarity with African liberation movements at the height CIA’s covert wars in Africa. Viva Fidel!

Fidel Castro’s Brigade during the revolutionary war was called the ‘Mau Mau’ in honour of the freedom fighters in the Aberdares and Mount Kenya regions in far away Kenya.

5. Castro overthrew the military dictatorship of Strongman Fulgencio Batista in January 1959 after a two year guerrilla warfare which had began in the Sierra Maestra. Fidel Castro’s Brigade during the revolutionary war was called the ‘Mau Mau’ in honour of the freedom fighters in the Aberdares and Mount Kenya regions in far away Kenya.

6. Fidel Castro holds the World Record for the longest speech delivered at the United Nations in 1960.In April 1961 Castro and Cuba beat off American sponsored exiles who were trying to overthrow his regime in what is known as the Bay of Pigs. He went on to nationalize American and British owned oil companies that year.

7. President Castro almost brought the World to Nuclear War in October 1962 following the 13 day standoff     between the United States of America and the Soviet Union over nuclear missiles which had been placed in Cuba by the Soviet Union.

8. Fidel was a Leading light in the war of Independence in the frontline states of Southern Africa and these included Angola, Mozambique and South Africa. As early as 1965 Fidel had organized for military and logistical training for African Countries still under colonial rule. Ernesto Che Guevara was the leading figure in this and Dar-es-Salaam, Tanzania the Headquarters of the Liberation Committee of the Organization of African Unity was the base. Guevara and the Cubans took time out to train Lumububist rebels in Kigoma, Lake Tanganyika and the Eastern Congo. Some of the rebels were Laurent Desire Kabila who would later become President of Zaire (renamed DR Congo) in May 1997 after successfully overthrowing Mobutu Sese Seko. Some of those trained by the Cubans included a young Jonas Savimbi. In 1975,it was the Cuban troops that helped install the MPLA of Agostino Neto to power after beating off UNITAs Jonas Savimbi and Holden Roberto backed by Mobutu,the CIA and South Africa.

10. Fidel was the Leader of the Non-Aligned Movement that tried to create a third force opposed to the Soviet Union and United States. Fought Imperialism, Colonialism, and Racism in Cuba. Opened up University Education to the Blacks, mullatos and guajiros.Prior to his coming to power University Education in Cuba was an exclusive for the rich and white middle class.

Without a doubt Fidel was an icon of the 20th Century and his death has sparked off mourning and celebrations across the World. Both tributes to a great man.