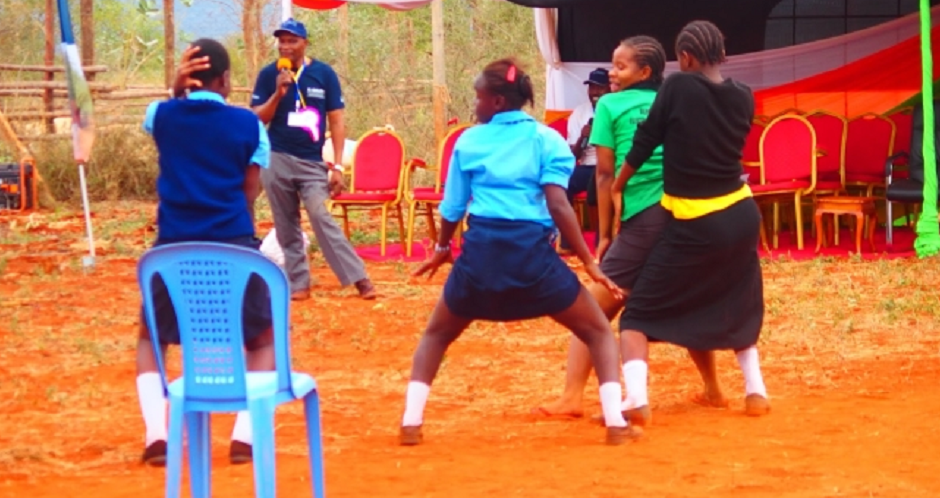 I was invited to a school to deliver a motivational talk to a group of preadolescent and adolescent youngsters.  I regretted the invitation as soon I accepted it because school kids are a difficult proposition. Adults can be forgiving when you are boring, however a young school audience work with the assumption that you will be stale unless you produce hits like Sauti Sol or have a TV show like Jeff Koinange. I did not want to be preachy, with the usual work hard spiel, go to Harvard, be all you want to be.

Standing in front of the young audience, I started by announcing what I thought were ‘my cool’ credentials, ending up quoting the Fresh Prince, Will Smith from a song out of the 80s, “Parents just do not understand” a reference that only their parents would understand. Half the gathering was lost in thought, the other half, looking everywhere but at me and the few who were paying attention refused to laugh at my lame jokes. I kept it short and concluded by pleading with my young audience to share what was truly on their minds and not just want they thought their teachers wanted to hear.

After the short opening remarks, the students were divided into small groups and a group of parents, were tasked with moving from one group to the next, getting up close and personal and offering advice. It was not a very efficient format. All I had was 15 minutes to gain their confidence and create a safe space for them to open up. I stuck to telling stories because even when they missed the point, chances are, someone would remember a story. I could tell, the students were merely tolerating us. Some did not even pretend to be interested. I shared career advice and motivational tips as I restrained myself from shutting down the few brats I encountered. There is always that kid who has life all figured out at 10 years of age.

If you want to get laid, go to college. If you want an education, go to the library

Eventually, I ended up with a group of 12-14 years olds, the ‘seniors’ who quickly cut to the chase, when I implored them not to treat me like some 200 year old relic. They formed a hurdle, whispered among themselves, appointed a spokesman and leaned around him as he spoke,

…..well she goes around daring guys to get down…know what I mean (I could hazard a guess)

I told them you could always say “Not interested!” and it is okay. Most of them had a puzzled look.  It was an option that had not being considered.

I could relate with their confusion. In school, reputation is everything and young men would rarely pass up an opportunity to lose their virginity. They felt like their ‘manhood’ was on the line, stuck between status seeking and inexperience; performance anxiety and raging hormones; social awkwardness and peer shame. They were under pressure at 13 years of age, to live up to the expectation that men are supposed to want it all the time. Boys and Men are socialized to make the first move and it can be very confusing when they encounter a forward woman.

We live in a society that polices women’s desires and refuses to acknowledge that women also have high sex drives, just as equal to men. Only that they face greater risks if they are too forward. Such as unwanted pregnancy and subsequent abandonment, the loss of social reputation also known as slut shaming and opening the door to sexual violence. The frequent excuse of sexual crimes is, “She was asking for it”.

We have become part of a society that sets up kids to fail by failing to equip them with the means to understand sexual cravings and protect them from the perversions of adults.  The schools are not equipped to provide sexual education, beyond the stern warning against pregnancy. Religious institutions are frequently caught out falling far short of their own high moral standards. Parents never really got over their repressed sexual issues to offer any meaningful guidance other than, “Don’t bring shame to the family”.

While the children fantasize about sex, the parents deny its existence, leaving room for seriously conflicting messaging. One of the greatest challenges of parenting today is teaching young people to develop healthy attitude towards sex, without burdening them with guilt and the fear of sexual repression that morph into serious psychological problems in adulthood.

Pre adolescents are negotiating for sex on their own terms, unconsciously ruled by fantasy and fear. We have to devise an enlightened approach, to how we talk about sex. The real solutions lie beyond the abstinence-only doctrine, for we cannot ignore the power of the flurry of overt and subliminal sexual messaging that is urging young ones, to get some, all the time.

Dancing is the perpendicular expression of a horizontal desire

August 22, 2016 in Relationships
Guest Post: Mathare Futurism: From Beggars to Masters Of Our Own Fate

August 22, 2016 in Relationships
Romance is Un-African and Valentine’s Day stories

August 22, 2016 in Relationships
Policing Libido In A Pornified Culture

August 22, 2016 in Relationships
Sex, Power And The Culture Of Silence It Thrives In