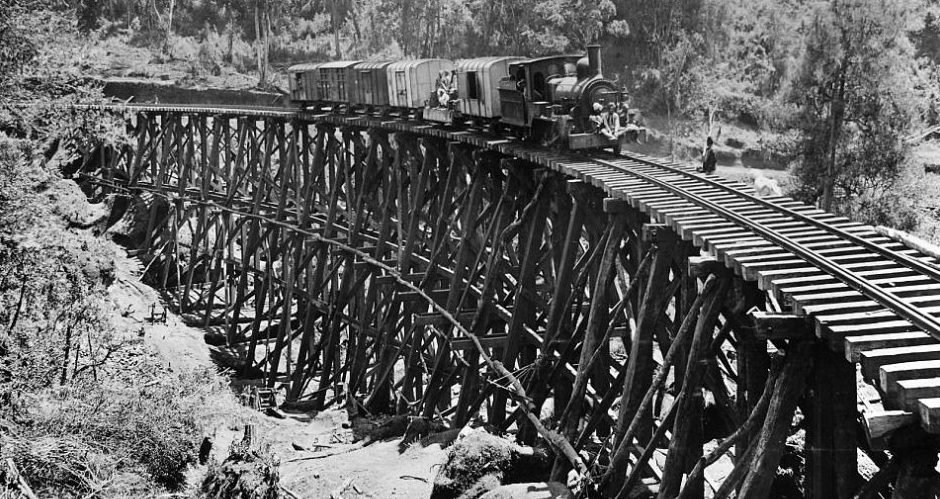 The collapse of the Budalang’i’s Sigiri Bridge linking Bunyala South and North, on the morning of June 26th was not going to be a case of water under the bridge. A bridge collapsing in the thick of a General Election is a metaphor that is too real to be walked over.  President Uhuru had visited the bridge 11 days before its collapse and hailed the project. The Budalang’i MP Ababu Namwamba, milked the occasion for all its PR worth, terming it as a true symbol of friendship between the residents of Budalangi and the head of state.

It got me thinking about bridges. I had never thought much of them. Bridges are like good parents. Parents spend their lives building children who grow up to walk over them in ignorance. It is only when we look back, or when they are no longer present, that we come to value their contribution to our life journeys.

I am reminded of a 1.2 km bridge that runs across the Mekong river between the countries of Laos and Thailand that I came across on my travels. Mekong is a trans boundary river that runs through 6 countries in South East Asia and the 12 longest river in the world.  The bridge over the river is appropriately named the First Thai-Lao Friendship bridge. It links Nong Khai in Thailand to Vientiane in Laos.

There was nothing spectacular about it. What else can one say about a bridge other than its length, height and stability? Traffic changes over when you cross the customs, from driving in the left in Thailand to driving on the right in Laos.

The friendship bridge was an ideal choice for a name. Thailand and Laos were divided nations during the cold war period. Thailand was aligned to the Americans and Laos was an ally of communist Vietnam and Soviet Union. The two countries had their fair share of spats over the years. After the cold war, they decided to build a bridge to establish friendship between two countries separated by a river of political ideology.

I was impressed with the breath of Mekong, the river that divided the two countries, but not the bridge. If I had grown up in a landlocked country like Laos or on an island like Mombasa, perhaps I would have developed a better appreciation for bridges. Bridges were just look out posts. At best, a view point that allowed for a panoramic take of an expanse of nature. All that mattered was the assurance that they were solid and sturdy.

The Nyali bridge was imposing on my first visit to Mombasa as a boy scout.  When I walked onto the bridge, I cautiously held onto the guard rails and marveled at the breath of the Indian Ocean.  I did not pay the bridge much mind. The sheer drop to the sparkling blue that disappeared in the horizon was a sight to behold. It was difficult at that age to fathom that Mombasa city was an island connected to mainland Kenya through a series of bridges.

Figuratively and symbolically, human progress is heavily reliant on building bridges. Where there are obstacles to our progress, a bridge is the natural friend. Bridges are built to outlast those who built them and they are built with the hope of a better future in mind.

A basic foundation of integrity of a bridge is its ability to last. The public glee that followed the collapsed bridge in Sigiri is telling of national apathy. The value of solid bridges, figuratively is now such a casual affair. There are not enough people invested in building solid bridges between the barriers of our rival communities. Kenya today is a troubled sea of isolated islands inhabited by a divided people.

The bridges that allow communities to thrive are easily dismantled for short term gain. We have forgotten why we need more bridges instead of walls. In the cities, everyone now needs to get behind a wall to feel safe.

Bridges are a metaphor for life. We build bridges to overcome barriers that are physical, social, cultural, ideological or material. We build bridges to sustain connections and to cement friendship. The bridge is one of the most basic concepts of community. It takes both sides to build a bridge to unite across a common purpose. It comes from a place of understanding that prioritizes similarities over differences. Bridges represent steady connections and guarantee safe passage without discrimination.

Kenyans are making no effort to bridge the troubled waters that divide us and refusing to be alert to the consequences of our ignorance.

In America, they replaced a president who was good at building bridges with one who loved walls because fear builds walls. And, look how that turned out.

Bridge builders are not valued. This seems to be the problem with Kenya today. We have become a country of eager wall builders.  The bridges that took years to build are casually burnt over night. In these moments of political tension, we should be building bridges but it is in walls, that we have placed all our trust.  This is my concern.

Very few leaders see the value in building a reputation around their ability to bridge divisions. Our bridge builders are too few and far in between.

“When we have a toothache, we know that not having a toothache is a wonderful thing” Thich Nhat Han

July 3, 2017 in Simply Kenyan
Benjamin Ayimba: The Making of a Rugby Great

July 3, 2017 in Simply Kenyan
An Encounter With Blackness in Amsterdam

July 3, 2017 in Simply Kenyan
Tracing The Roots Of Benga

July 3, 2017 in Simply Kenyan
The Danger Of Kisumu’s Single Story

July 3, 2017 in Simply Kenyan
Nurses Are Called To Serve, Not To Suffer

July 3, 2017 in Simply Kenyan
Guest Post: Dealing With The Salvo of FAKE News

July 3, 2017 in Simply Kenyan
Time To Kick My Plastic Habit.

July 3, 2017 in Simply Kenyan
Guest Post: A Lament For My Country