Warning: "continue" targeting switch is equivalent to "break". Did you mean to use "continue 2"? in /homepages/8/d175179301/htdocs/oyungapala.com/wp-content/themes/oyungapala/oyungapala/reduxFramework/ReduxCore/extensions/customizer/extension_customizer.php on line 385
 The Shame Of Broken Men | Oyunga Pala
BEGIN TYPING YOUR SEARCH ABOVE AND PRESS RETURN TO SEARCH. PRESS ESC TO CANCEL
Skip to content 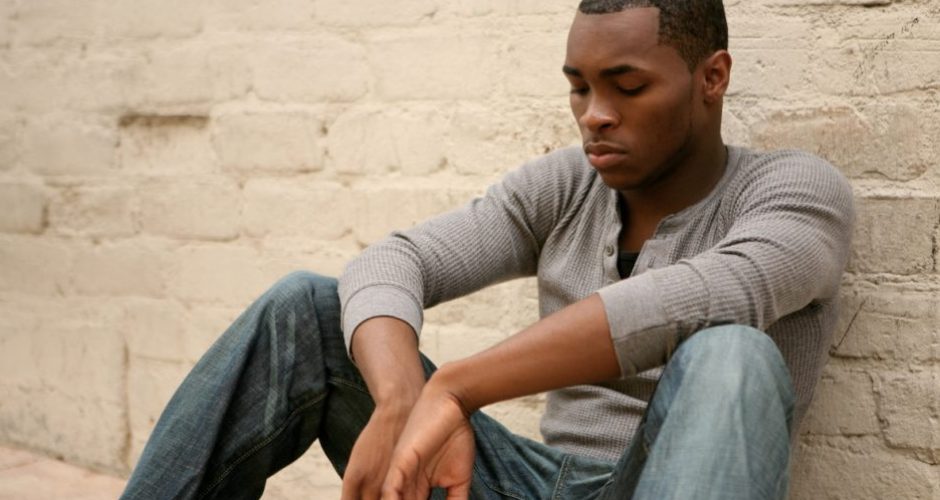 When I growing the common logic for wearing clean underwear was to prevent embarrassment in event of an accident. In the midst of fighting for one’ life after a horrific car accident, no one wanted to be caught dead wearing torn underwear. If one had to die, one could at least avoid embarrassing their mother on top of it all.

The 7 deadly sins of shame revolved around sex. For women it was having child out of wedlock, divorce, barrenness, staying single past the recommended age of marriage or partnering with a significantly younger man and body shaming. Either too fat or too thin. For men, it varies with culture but the big 5 are impotency, sexual orientation, the shame of an STI, infidelity better known as cheating and lack of money, those we dismiss as broke ass niggas. Every so often the politics of foreskin would arise and stories have been told of corpses that had to be circumcised before burial.

Women deal a lot better with shame because over the last few decades, there have been concerted efforts to counter gender targeted public shaming that kept women undermined by the conformity of patriarchal ideologies. The single and unmarried mother and the divorced wife once detested as the enemy of the holy matrimonial union, nowadays enjoy legitimacy in mainstream society.

Men on the other hand are crippled by shame that they hardly talk about nor know how to deal with. Failure to live up to an established masculinity ideal earns one the tag of weakness. The angry wife berating her husband in public, infront those whose respect he coverts leaves her husband’s ego mangled. In a BBC social experiment where a woman verbally abused a man in public park, people just walked by totally unconcerned. The assumption is that the man was deserving of abuse he was receiving. He probably did something stupid and was caught. The social context in Kenya of domestic violence against men is still talked about with muffled chuckles.  Husbands have been shamed for desiring regular sex and denied their conjugal rights for not managing their urges. The male desires and wants sex but he has lost all powers of negotiation and remains trapped in a web of unfulfilled desires.

He cannot confide in his friends for they expect him to earn his respect on his own terms. With no shield against the constant assault on his dignity, he sinks deeper into the depths of shame and eventually engages in active avoidance of any situation that would trigger his feelings of shame. One day the husband snaps, leaves his house and children totally unable to resolve the guilt of shame that has crushed his self esteem. He rationalizes it would be better to get out of the way, blaming himself for all the shame he brought upon his family. The response to shame is breaking emotional bonds and replacing them superficial ones that allow one to remain in the loop of escape.

The seeds of shame are planted in childhood. Children grow up with no capacity to deal with shame other than to sink into bouts of denial that follow them to adulthood. Parents innocently shame their children for failing exams in school and many emerge from the schooling system traumatized by books and convinced that they are stupid. Poverty comes with a heavy weight of shame around one’s neck. The shame of not being able to provide for one’s family has driven many men into grave delinquency and sense of worthlessness. Corruption is a symptom of the shame that manifests as unbridled greed. The shame of destitution has driven men into criminal behaviour.

But even the man who manages to attain some level of financial security still has to deal with the anxieties and pressures of sexual performance that society piles on. Is he a one minute man? Does he have to compensate for his small pecker by surrounding himself with big toys?   He is able to impregnate a woman and sire a child?

While women are socially conditioned to create support system, where they feel safe enough to be vulnerable, men drift towards lonely streaks of depression. Society expects the individual male to ‘man up’ and the pressure of performance is suffocating. It is no coincidence that men fill the ranks of suicide victims. There is dignity in ending one’s suffering for suicide is the logic of regaining control of one’s life by losing it.

The most despised individuals at the bottom of our society are the forgotten broken men. The ones who could not cope, went off the rails and lost the respect of society. They are set adrift, avoided like a plague for fear that their despondency may catch on. You find these men covered in soot and rags, passed out on the narrow streets of Nairobi slums. They are the garbage scavengers, the roaming lunatics in the marketplaces, defeated brothers behind bars and perpetual alcoholics emerging from dark hovels and staggering with the shame of loss of control over their lives.

Society has little pity for them. They failed. They screwed up. They messed up big time and must thus suffer the consequences of their actions. They serve as the example to what awaits those who do not make it and earn respect to be called men in society. They remain bound by shame, identified by shame and sentenced to ruin defined by the shame of their past.

Emerging from a bad place, does not make one a bad person. No man can sing his redemption song until he musters the courage to name his unresolved shame and forgives himself. Self forgiveness is the beginning of redemption and the revival of a soul that was declared dead.

March 26, 2018 in Insight
The Making Of Fatherless Nation

March 26, 2018 in Insight
Policing Libido In A Pornified Culture